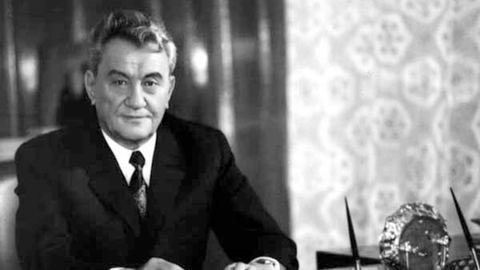 Though most wouldn’t recognise his name today, President Nursultan Nazarbayev’s predecessor was known by almost everyone in the Central Asian country 30 years ago.

On December 16, 1986, thousands of people gathered in the central square of Kazakhstan’s then-capital Almaty to protest against the dismissal of the widely-respected leader of the republic, Dinmukhamed Kunayev.

Moscow had just sent Russian politician Gennady Kolbin to lead the republic, which was then part of the mighty USSR.

The protests were less about the nationality of the new leader, and more about the fact that he reportedly had nothing to do with Kazakhstan — he knew neither the language nor local traditions. He was born in Russia and served as head of the Russian Ulyanovsk region prior to his appointment in the Central Asian republic.

Many Kazakhs who came out in the streets at that time believed that the appointment to such a high position of a person so foreign to the republic indicated how lowly Kazakhstan — and Kazakhs — were viewed by the Soviet masters sitting in the Kremlin.

It was the first mass protest against the dictate of Soviet power.

Moscow interpreted the protests differently and accused the protesters of “nationalism,” It brutally suppressed the protests, which ended on December 19, with troops from across the Union sent into the republic. Despite the clampdown, the events in Kazakhstan became a kind of a trigger for unrest in other republics of the Union.

But who was Kunayev, barely known now even in his own country, and why can he be called the father of Kazakh modernisation?

Kunayev was born in the small Kazakh village of Akshi in January 1912. His ancestors were engaged in cattle breeding, but Dinmukhamed’s father managed to move to Vernyi (now Almaty), where he worked for one of the local merchants. Dinmukhamed received his primary education in Almaty, which later allowed him to go for higher education in Moscow from prestigious institutions.

After the Bolshevik Revolution and the formation of the Kazakh Soviet Socialist Republic as part of the Soviet Union, the Communist Party became the supreme leader of the republic. Its supreme body was the Central Committee (CC) and its First Secretary was the de facto leader of the republic. During the Soviet days, membership in the Communist Party had become the only guarantee of career advancement or bringing meaningful changes to one’s republic.

On the advice of his uncle, Dinmukhamed joined the Komsomol, the party’s youth division, which gave him an opportunity to continue his studies in Moscow.

Meanwhile, Kazakhstan was suffering from a famine caused by the Soviet Union’s forced collectivisation policies. In 1925, the Party sent Bolshevik Filipp Goloshchyokin to the republic, who implemented this policy by confiscating livestock, even though the vast majority of Kazakhs led a nomadic or semi-nomadic way of life. Stripped of their only source of livelihood, an estimated 1.5 to 2 million people died in the 1930-33 famine, the overwhelming majority of whom were ethnic Kazakhs.

Parallel to this policy, Moscow implemented another massive project that had massive repercussions for Kazakhs: the settlement or colonisation of the republic by people of other ethnicities. The majority of settlers were Russians, who began arriving in Kazakhstan during the imperial period. By the end of the 40s, the number of Russians exceeded the number of Kazakhs.

During the 30s and 40s, the Soviet policy of forcefully deporting so-called “untrustworthy peoples” also brought Germans, Poles, Crimean Tatars, Chechens and others to Kazakhstan. During World War II, tens of thousands of families from western USSR were evacuated to Kazakhstan and other Central Asian republics, which further increased the non-Kazakh population.

The father of Kazakh industrialisation

It was during these difficult years that Kunayev returned to Kazakhstan after graduating from the mining department of the Moscow Institute of Non-Ferrous Metals and Gold.

Having started as a mining specialist on the Kounrad-Balkhash construction site in the southeast, he gradually made his way up the ladder, and in the early 40s, started to work for the government, later becoming head of the Communist Party of the republic.

In fact, Kunayev can be called the father of Kazakh industrialisation, since he supervised the establishment of non-ferrous metallurgy and oil industries, and the construction of power stations, railroads and many other modern enterprises and facilities, as well as entire cities.

During Kunayev’s rule, Kazakhstan focused on the production of raw materials and agricultural products, and began to transform into one of the most important republics of the USSR, on a par with Russia and Ukraine. Its capital became one of the most beautiful and cosmopolitan cities in the Union.

In 1971, Kunayev became the first Kazakh elected to the Politburo of the Central Committee of the Communist Party— the highest governing body of the USSR.

But Kunayev was not an obedient ‘element’ of the Soviet system and, from time to time, got into disputes and even conflicts with the central leadership. For example, because of his disagreements with Soviet leader Nikita Khrushchev, Kunayev was forced to temporarily step down as the head of the republic in 1962, before returning in 1964.

It was under Kunayev that Nursultan Nazarbayev, who would later become the first president of the Republic of Kazakhstan, was promoted to top positions. Nazarbayev continued the course started by Kunayev, having inherited the potential that the latter used to transform Kazakhstan.

Despite his services to the republic, the Kremlin decided to remove Kunayev from his post. Formally, this was because Kunayev had reached retirement age, but the reason was likely Kunayev’s disagreement with Mikhail Gorbachev’s vision for the Union.

Gorbachev, who introduced the phrase “era of stagnation”, blamed the leaders of the Union and the Union republics after Khrushchev, and their policies, for the backwardness of the USSR, and proclaimed the need for wide-ranging reforms.

Party and economic leaders associated with the “stagnation” began to lose their positions. Kunayev, who was closely associated with former leader Leonid Brezhnev, was replaced by someone deemed to be more loyal to the new system.

Kunayev’s dismissal did not go smoothly; he did not support the numerous accusations against Brezhnev, whom he had known well and worked with closely. In fact, the former head of the republic was put under house arrest and deprived of all his privileges. Gorbachev even initiated an investigation into his activities as First Secretary of the Central Committee, which ultimately led to nothing.

Shortly before Kunayev’s dismissal, Moscow also replaced the head of the KGB in the republic, whose main task was to ensure the transit of power to the new Kremlin appointee.

Any protest against the actions of the Union was labelled as “Kazakh nationalism” and this is why instead of trying to understand or find a compromise with the protesters, the central government decided to use force. The inability of Gorbachev and his team to get feedback from their citizens eventually fed into the discrediting of perestroika reforms, and Gorbachev himself.

As for Kunayev, he survived the USSR and died in 1993 in his hometown of Almaty. He didn’t fight to stay in power and didn’t try to use the 1986 protests to his advantage. His loved ones said that Kunayev valued what he had achieved in life the most, and that he loved his profession very much.

On his last business card, instead of his many titles, he modestly wrote, “Dinmukhamed Akhmedovich Kunayev. Mining engineer.”

A version of this article was originally published in TRT Russian.

Disclaimer: The viewpoints expressed by the authors do not necessarily reflect the opinions, viewpoints and editorial policies of TRT World.

We welcome all pitches and submissions to TRT World Opinion – please send them via email, to [email protected]