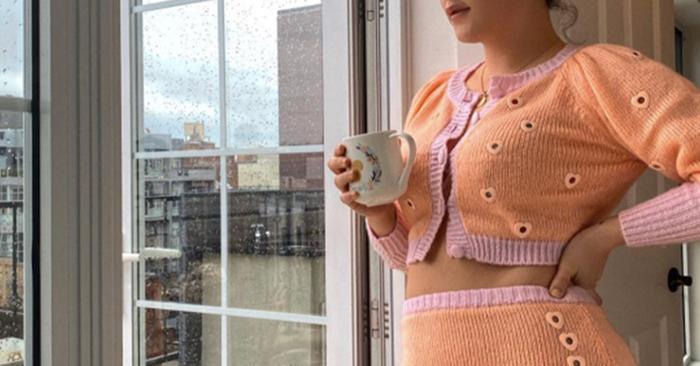 In case you’re wondering, no, hot pants aren’t called “hot pants” just because women look “hot” in them (which they most certainly do, by the way). While the term “hot” was tacked on to the style name back in the ’50s due to the shock factor they brought, this trend is one that women originally broke out in protest of their expected dress code at the time. Longer hems and an overall modest aesthetic were the norm back in the day, but that didn’t keep women from showing off their bodies loud and proud with the evolution of short shorts. We continued to see the rise of this trend from the ’50s through the ’70s, and believe it or not, in the year 2022, as they’re back and hotter than ever.

While this trend is certainly here to stay, it has also evolved quite a bit. I don’t want to chalk up the rise of knit hot pants, in particular, to the current at-home climate, but it sure as hell is convenient. Hot pants made a major impact on the runways in recent seasons and were styled in such diverse ways that we knew it was only a matter of time before the trend started bubbling in the real world as well. As aforementioned, fashion girls are currently taking a particular liking to the knit styles, but there are plenty of tailored and structured versions to combat the loungewear aesthetic as well.

Ahead, check out how fashion girls are currently wearing the new hot-pants trend, and then shop some of the most stylish versions available.