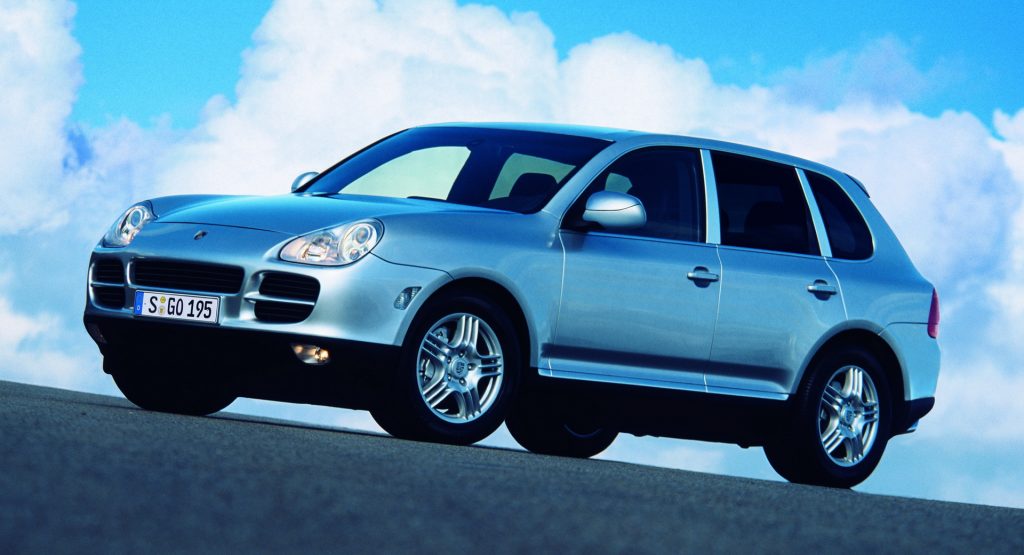 You think an all-electric crossover with the Mustang horse on it is controversial? Maybe it is as it has none of the traits associated with Ford’s pony car and journalists, customers (and the general public as well) have been quick to point that out. Yet the Blue Oval is far from the first to court controversy with such a move: Porsche has been there before way earlier and the backlash it faced was, probably, just as bad, if not worse.

See, in the late 1990s and early 2000s it relied on a single model, the 911, and its financials weren’t that great. It had previously tried to expand its range with the 924/944/968 as well as the 928 which, believe it or not, was supposed to actually replace the iconic 911 – and we all know how that turned out. The 911 simply refused to die due to demand by loyal customers.

Only that wasn’t enough. Porsche really had to raise cash and so it needed a mass-market model. What they came up with was an SUV; a heresy to the brand’s fanatics and, well, many journos alike. The fact that it was largely based on the VW Touareg, albeit with a host of changes to differentiate something wearing the famous Porsche crest from a “humble” Volkswagen, didn’t help either, although the two companies had actually cooperated in the past, with the 914 and 924.

The Cayenne, as it was named, was the first four-door model to roll out of Weissach, and the most practical ever in the brand’s history. There’s no denying that Porsche’s plan worked as intended, and to hell with the purists who, after all, could always get the ever-evolving 911. Not everyone was a fan though, and you can count yours truly among them.

Today even Ferrari is getting ready to launch an SUV but, at the time, a brand like Porsche that had built its entire history on sports cars rolling out such a model caused ripples through the automotive world. Moreover, no matter how good, it was a totally different experience from the flawed, but iconic and aspirational 911. Although the Germans made sure to put a V8 engine up front (the first since the 928) to provide more than enough grunt, they also released a base version with VW’s 3.2-liter VR6 engine producing 250 PS (184 kW / 247 hp). Coincidentally, that was the first Cayenne I tested. I wasn’t impressed.

With a 0–100 km/h (0-62 mph) acceleration in a leisurely 9.3 seconds with the manual transmission and 9.7 seconds with the Tiptronic S automatic, its performance was very unPorsche-like and it rubbed me the wrong way. Granted, driving dynamics weren’t bad by SUV standards and yes, I could see the allure to buyers who wanted something with a Porsche badge that could do the school run and accommodate the whole family and its luggage, something the 911 simply wasn’t designed to do. But…

But it wasn’t fast, the fun factor was conspicuous by its absence, and, at least in the early models, the interior was not bad, but it wasn’t great either. Simply put, the quality of some materials wasn’t what I expected, especially considering that you paid Porsche money in order to get into one. Plus, rear-seat space was somewhat tight; easy to dismiss in a sports car, but not in a large family SUV.

Sure, it handled nicely on the road (for a tall and heavy SUV) and could really go off-road – something the vast majority of its buyers wasn’t interested in doing anyway. Even on tarmac, though, the lack of performance in the base model could be frustrating; if you wanted Porsche-like performance, you should go for the V8-powered S and Turbo.

Apparently, my (and other colleagues’) disappointment didn’t matter to Porsche. We weren’t the Cayenne’s target group after all and for most of us, it was out of our price range anyway. Besides, last December Porsche celebrated building the 1 millionth Cayenne, so no one can deny that the powers that be at Zuffenhausen were right after all.

And yet… The 911 was also out of our price range, but despite its idiosyncrasies that were caused by the engine hanging behind the rear wheels, or maybe because of them, the car had something the Cayenne lacked: character. Iconic design apart, the 911 demanded that you familiarized yourself with its learning curve, adopting the trailbraking and slow in-fast out driving style in cornering to avoid the potentially dangerous understeer at the corners’ exit. But oh, that flat-six howl behind your back, the communicative steering, the firm gearbox and pedals, its sheer Porsche-ness were all welcome traits for petrolheads.

Does all this mean that the first-gen Cayenne was a bad car? Hardly – and the next generations were much improved. Does it detract from the fact that it was credited as the car that “saved” Porsche, racking in the money that allowed it to continue making great sports cars? Of course not. So why was I disappointed? Was it the fact that a Porsche SUV was inconceivable at the time? Or maybe that driver involvement wasn’t on the menu? Perhaps I wasn’t aware that the times, they were a-changing; cue the onslaught of SUVs from premium manufacturers that followed.

Mind you, I wasn’t a 911 fanatic. In fact, I found the Cayman to be a much more exploitable sports car than Porsche’s icon. The mid-engined layout and wonderfully balanced chassis resulted in a car you could push to its limits without fear that it would bite without warning. And it still had a naturally aspirated flat-six.

Coming full circle to that Mustang analogy, just like the Mach-E is absolutely nothing like a traditional ‘Stang, the Cayenne was a Porsche unlike any other. And like the Mach-E, the only common thing with other models were the badges. Considering that there’s now an all-electric Porsche out there, the Taycan, the automaker is simply adapting to the times. Can you really blame them? Of course not. Does this mean that the first-gen Cayenne could have had more of that Porsche spirit imbued into it? Well, I, for one, wish it had.