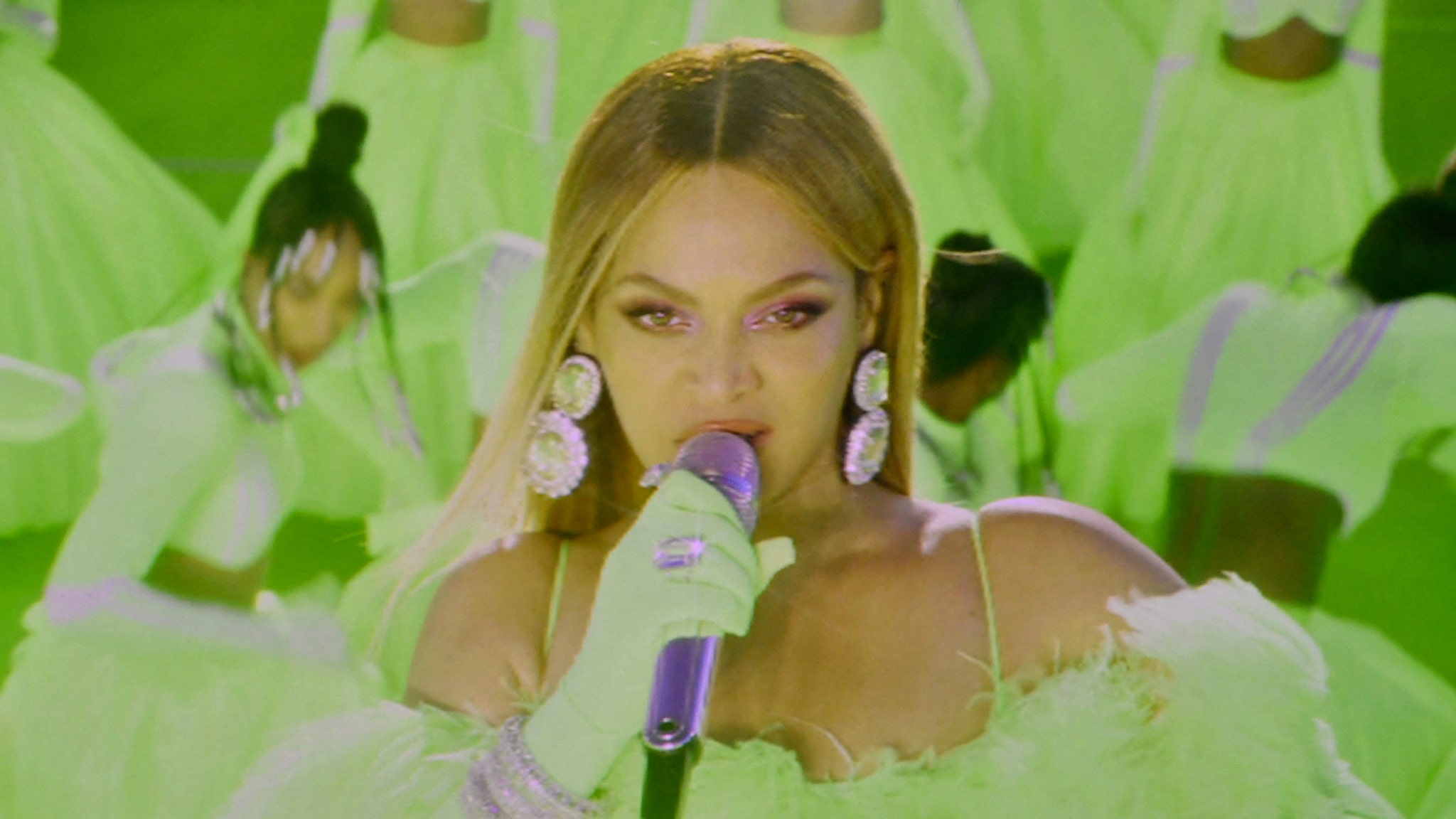 Wanda Sykes, Amy Schumer and Regina Hall, we should be in for a wild night.

Beyoncé said “let me win an Emmy for this Oscars performance” pic.twitter.com/G34YpXX7YU

The Oscars are attempting a return to normalcy.

While Covid continues to affect Award Season 2022, the Academy Awards were at least back in their regular home — returning to the Dolby Theatre in Hollywood following last year’s precaution-filled celebration at Union Station in Los Angeles.

And, after three consecutive years without a host, we got three this time around: Wanda Sykes, Amy Schumer and Regina Hall.

Going into the night, “The Power of the Dog” scored the most nominations. Following close behind was “Dune” with 10 nominations and “Belfast” and “West Side Story,” which tied with 7 noms apiece.

Though it will be another star-studded show, fewer tickets were handed out this year due to the pandemic and negative tests are required for attendees. In another big and very controversial change, eight winners — for Animated Short Film, Documentary Short Subject, Film Editing, Live Action Short Film, Makeup and Hairstyling, Original Score, Production Design and Sound — weren’t announced during the show, but were instead handed out during a non-televised pre-show.

This was done to allow for more “comedy, musical numbers, film clip packages and movie tributes” throughout the night. So, did that change pay off? Check out these viral moments and decide for yourself.

Beyonce Kicks Off the Show

The show didn’t begin with the opening bit from the three hosts — more on that in a minute — but with a (probably pre-taped) performance from Beyonce of the nominated song “Be Alive” from “King Richard.” She wasn’t in the house, however, but performed it from the tennis courts in Compton, home of Venus and Serena Williams.

It was a great way to kick off the evening — now, can the rest of the show keep up?

I like how Beyoncé is going first so we don’t have to watch the whole show if it is terrible.

So we’re gonna start by letting @Beyonce do whatever she wants in tribute to Compton and the Williams sisters: Never a bad plan. #Oscars

Honestly glad Beyoncé didn’t go to the ceremony. She should not have to be subjected to this.

Beyoncé said “I’m not coming and you will open the show with me.” #Oscars

when beyoncé finish her performance them views are going to DROP pic.twitter.com/luIH70P1iq

“Now you see why that Anita says, ‘I want to live in America,’ because, even in this weary world we live in, dreams do come true.”@ArianaDeBose wins the #Oscar for Best Actress in a Supporting Role in @WestSideMovie. #Oscars https://t.co/EViXaQY1NZ pic.twitter.com/aTjjYrLD3w

Now you see why that Anita says ‘I want to live in America,” because even in this weary world that we live in, dreams do come true and that’s really a heartening thing right now.

Imagine this little girl in the back seat of white Ford Focus, look into her eyes, you see an openly queer woman of color, an Afro-Latina who found her strength in life through art. That’s what I believe we’re here to celebrate. So to anybody who has ever questioned their identity or found yourself living in the gray spaces, I promise you there is indeed a place for us.

With her win and that speech, she made history.

Ariana DeBose stood on the #Oscars stage and talks about being an openly queer Afro-Latina … TEARS. I love her. pic.twitter.com/khBFP4grXL