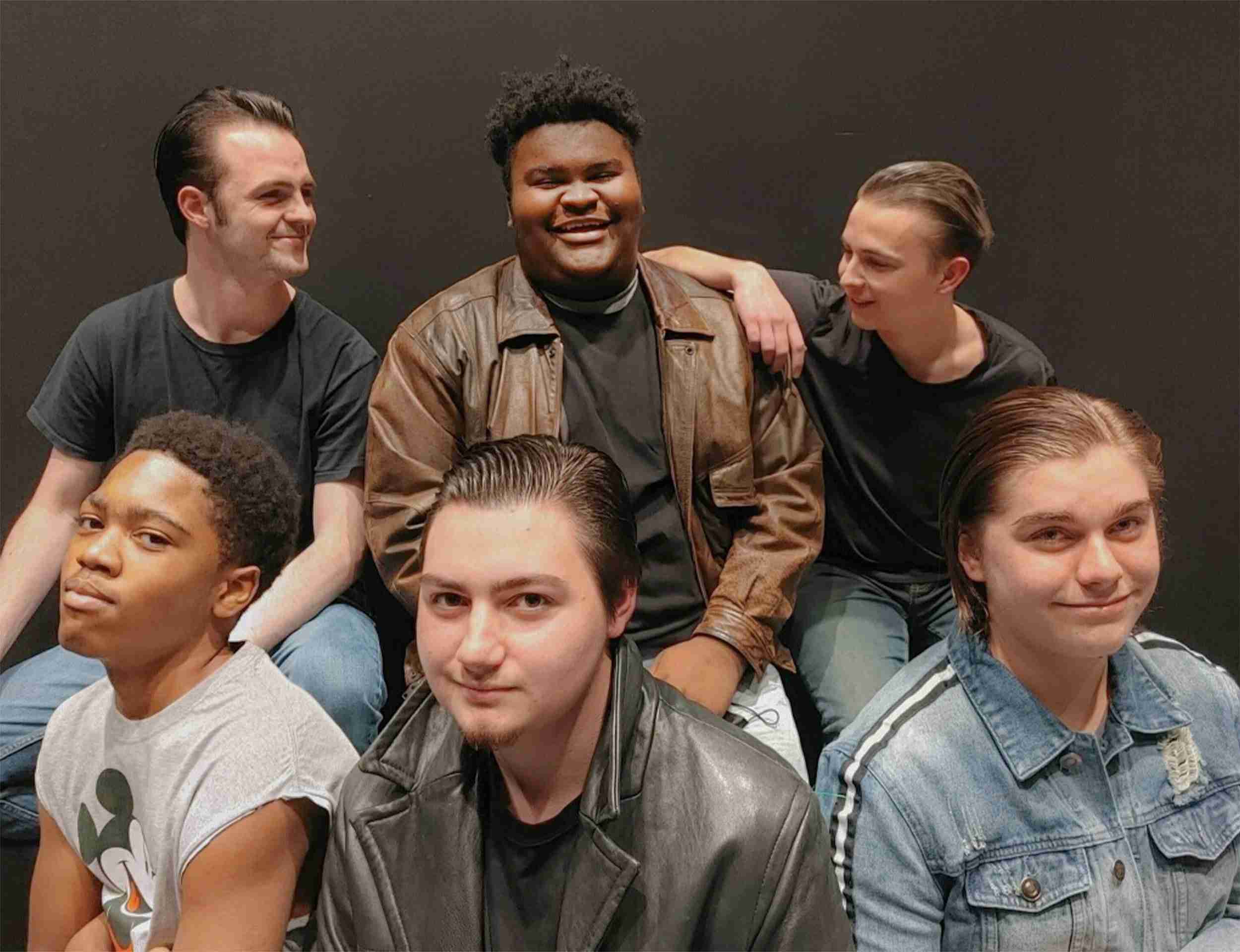 PINE BLUFF, Ark. — A coming-of-age classic centered on two rival teenage gangs is the next theatrical drama at The Arts & Science Center for Southeast Arkansas (ASC).

ASC will present the “The Outsiders” in its 65-seat Adam B. Robinson Jr. Black Box Theater, inside the ART WORKS on Main facility, 623 S. Main St.

This production is sponsored by Robinson & Fuller Funeral Homes and Express Employment Professionals.

Based on S.E. Hinton’s 1967 novel, this theatrical adaptation was written by Christopher Sergel.

“The Outsiders” follows the Greasers — a group of close-knit boys from the wrong side of the tracks — who are perpetually at odds against the well-to-do Socials (or “Socs”) in rural Oklahoma.

Narrator Pony Boy (William Young of White Hall) is a Greaser more interested in books and movies than fighting. His second-oldest brother Soda Pop (Austin McCann of Bauxite) is a high school dropout working at a gas station. Oldest brother Darry (Will Witt of Fordyce) is a young man trying to keep the three together following their parents’ deaths in a car crash.

The other Greasers are Pony Boy’s best friend Johnny (Briar Thompson of Star City), who is unloved at home and traumatized from a recent fight with some Socs; the older and tougher Dallas (Keiren Minter of Pine Bluff), who has just been released from jail; and the wisecracking Two-Bit (Isaiah Austin of Pine Bluff).

Ensemble cast members are Latailyn Craig and Kourtlynn Pinkins, both of Pine Bluff; Hannah Estes, Jessica Persons and Kaleigh Persons, all of White Hall; and Kiria Flowers of Little Rock.

A brawl between the two gangs ends in disaster and sets off a series of events that will change their lives. While some Greasers try to achieve redemption, others meet tragic ends.

Director Jonathan R. Hoover explained, “It’s a hard-hitting story about youth angst. People coming of age. It’s a lot about family. Brothers growing up without parents and all they have is each other.”

There are a lot of big themes in this, Hoover said. But, “more than anything, I guess if there is a moral to the story it’s that fighting just leads to more fighting. It has a strong message against tribalism and us against them and things like that. It’s very relevant today. Maybe more so than when the book was written in the ’60s.”

Hoover is a longtime ASC theater volunteer whose previous directing credits include “A Charlie Brown Christmas,” “Through the Looking Glass” and “Willy Wonka & The Chocolate Factory.”

In keeping with the characters they portray, “The Outsiders” cast consists almost entirely of teenagers.

“They’re just bringing so much personality to these characters and bringing them to life,” Hoover said.

He continued, “And this cast has done an outstanding job of taking direction, trusting me. And I don’t really care for the big show and the big spectacle, but those little moments, those little beats, portraying emotion, that is the type of show — we’re not trying to make anyone laugh. We’re trying to make them cry. And I believe that we’re going to have some success.”

Tickets are $13 for ASC members and seniors, $18 for nonmembers, and $10 for students. To purchase tickets, visit asc701.org or call 870-536-3375. Performances are approximately two hours, with a 15-minute intermission between the two acts. Drinks and snacks will be available for purchase. Attendees are encouraged to wear masks when not eating or drinking.