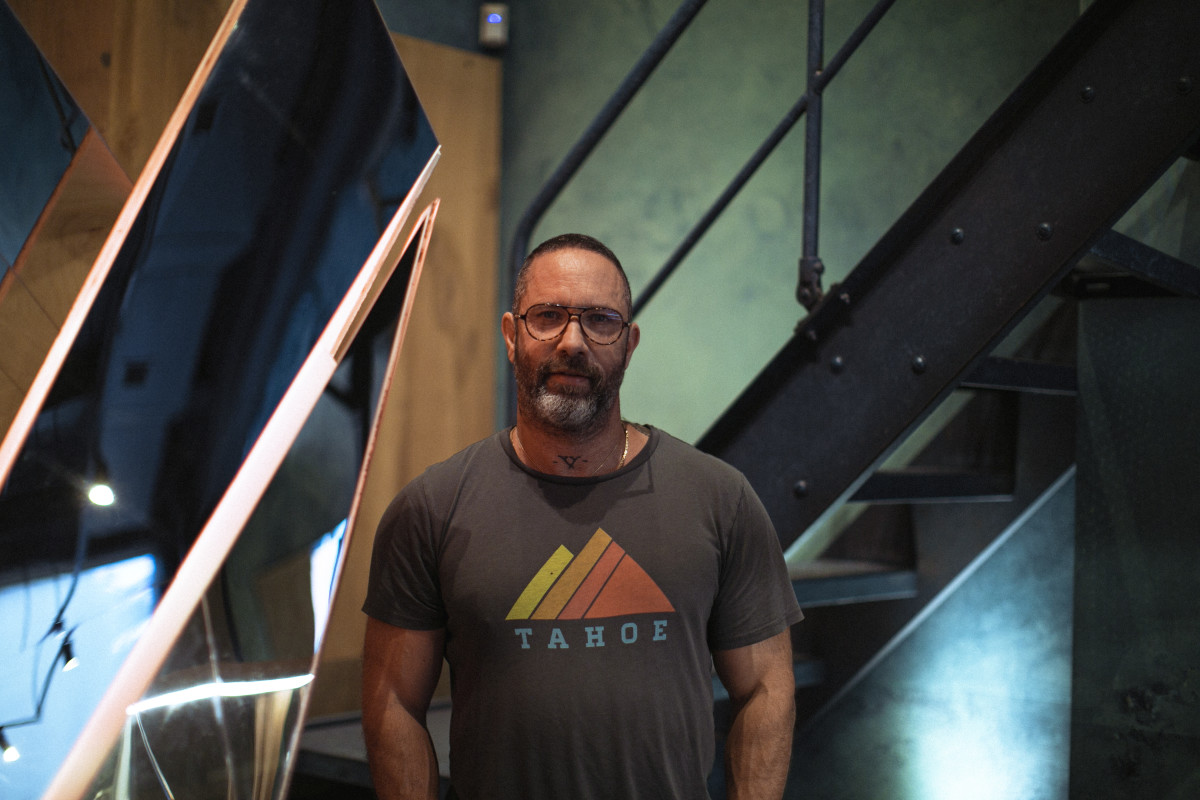 Though his name was on the doors of stores across the country and on display at jewelry departments at various retailers, Alexis Bittar hasn’t been working in fashion for over five years.

Since he sold his business to Brooks Brothers in 2015, Bittar left the industry entirely. “I had two kids as a single parent — I made that conscious decision, because I had 400 employees before, and I wanted to be a present parent,” he says. “It really dovetailed in a great way.”

Bittar started his namesake jewelry line in the ’90s. As the story goes, he began by selling his sculptural costume pieces on the streets of New York City. They got the attention of buyers and editors, and the brand blew up. By 2012, Alexis Bittar was sold at some of the biggest stores across the globe, appeared on television and in magazines, built a devoted fan base and got a CFDA Award; that year, TSG Consumer Partners, a private equity firm, came into the picture, at which point the company took a turn towards the corporate.

By the time the Brooks Brothers sale came, Bittar was ready to say goodbye to all of that.

“It wasn’t hard for me to walk away. People thought, ‘Oh, this is going to be really difficult.’ It wasn’t,” he says. “The only thing that was a little bit difficult [was] my name is attached [to the brand]. That was weird. It’s like a little bit of salt on a wound, but I made that decision when I partnered with private equity. That was the deal: They tee it up for someone else to buy you.”

For those five-plus years he spent away from fashion, Bittar really tuned it all out — he didn’t even look, he assures me over Zoom: “I was just disenchanted.”

What did end up happening, though, was that some feelings he’d been wrestling with about the industry really crystalized. He thought the obsession with youth, with chasing newness and with catering to this idea of an “It Girl” — even when that didn’t necessarily reflect the crowds that would show up for his brand.

“It was like doing a psychological study: So many of the women who would come to my store appearances were 40 to 60, but they were so faced with the imagery that basically is meant to break them down so that they buy more stuff. It’s a very sick cycle,” he says. “The thing about fashion that’s so innately fucked up is that the industry tells you that you’re not enough, and that, if you want to be cool, you need to change.”

Bittar didn’t really think of his time away from fashion as a hiatus — it was more of the closing of a chapter, a turning of the page. He was done. Then, amid a global pandemic, Brooks Brothers filed for bankruptcy. Bittar had the opportunity to buy back his name.

“I really had to think, ‘What would it take to get back into this business?,'” he says now. “If I’m going to partake in this dirty industry, I want to get it right.”

Alexis Bittar officially relaunched in September 2021, with a striking campaign starring Ericka Hart, Sylke Golding and Kiara Marshall photographed by Amber Pinkerton that set the tone for this new era.

“I came into it very clear about where our customer is, understanding that we wanted to focus on strong, independent, artistically-inclined, predominantly urban independent thinkers who saw themselves as not needing to be in the middle, but more that they really knew themselves,” Bittar says. “I was everyone’s largest costume jewelry designer. I was a big part of everyone’s pie. Everyone had voices and were like, ‘But we need our Texas women to wear a lot of crystal.’ So I was like, ‘Wait, okay. This is who I really want to focus.'”

The target demographic is now the 40 to 60 age group. “I relate to that age group because I am that age group. I felt like we always were in that age group, but there are very few brands that really talk to them,” he says. “Most people chase the 20-year-old through marketing, and it’s generally a very curated image. There’s not a lot of real content and, I don’t know, just real life shit.”

The business also looks a little different behind the scenes. For starters, Alexis Bittar is scaling back wholesale, once a massive slice of the pie (both for the brand and for its retail partners), significantly. He closed the majority of those accounts, shifting his attention to direct-to-consumer and brick-and-mortar. Also, production is no longer in house; instead, he hired the team that used to make all the product, now working under their own company, as contractors. Then, when it comes to leadership, there’s no private equity. Bittar has two business partners, who he worked with at the beginning of his career and now each have a 10% stake in the company.

Bittar doesn’t have any regrets about working with private equity in the brand’s past life. He just wants the freedom to take a more “unedited” approach, “for better or for worse.”

“I went from selling on the street to having my business. I’ve never worked at a job — I was a waiter for a minute, and they fired me — so I spent my early adult working life trying to understand the business and then, once the business really started to move, really embracing corporate life, which has many benefits,” he says. “But once I partnered, it was much more difficult, because I was sharing a business. There was an element of chasing the numbers that I just wasn’t into… I’m an artist and I’m a business person, so I have no problem with business, but I think it was the way we were going about it — I just disagreed.”

The goal is to grow the company to the point it was before, and even exceed that. But Bittar has a new approach, one that’s rooted in the message and a good product. The designer really stuck to his guns on the latter, tapping into what worked (and always had worked) for Alexis Bittar — “the artistry, the craftsmanship, the higher perceived value than what we were pricing it, the sense of humor and honesty in the advertising.” There are also new categories: soft accessories, homewares and fine jewelry. Handbags are coming this spring.

Brick-and-mortar will play a big role in the brand’s next chapter. The aforementioned six stores have been fully redone with the help of Tony Award-winning set designer Scott Pask.

“The stores before, they became more, I want to say slightly generic — they were pretty, but it was very much like a jewel box, feminine and a little quirky,” Bittar says. “I wanted to create a whole new environment that fit this customer, that’s more unique, artistic, not quite just feminine — the stores now, they’re almost asexual, if anything, a little more masculine… It feels like you’re almost in an art installation. It’s the opposite of a marble, stainless steel, typical white box store.”

When it comes to the timing of all this — in the middle of a pandemic, a tough market for retail and a turning point for the fashion industry — “I didn’t have a choice,” Bittar says. “Brooks Brothers went bankrupt, so it was like, ‘Do I want to buy my name back, or do I want to watch it be kicked around?’ In that sense, it was the right time.”

There are obviously challenges of restarting a business at this moment, but ultimately, Bittar is clear on his vision and how he wants to move forward within the industry.

“People could say it’s a little crazy to open six stores in a pandemic, and there might be truth in that, but I think that in the fashion industry, there’s a revolution underway… How people are buying is changing rapidly. And listen, knock on wood, I think people are looking for different voices and a different way of experiencing product,” he says.

“I feel confident that where I’m at will work for this new iteration of fashion, for the people who want it. I’m not saying for everybody — it’s not going to be for everybody. I know that.”