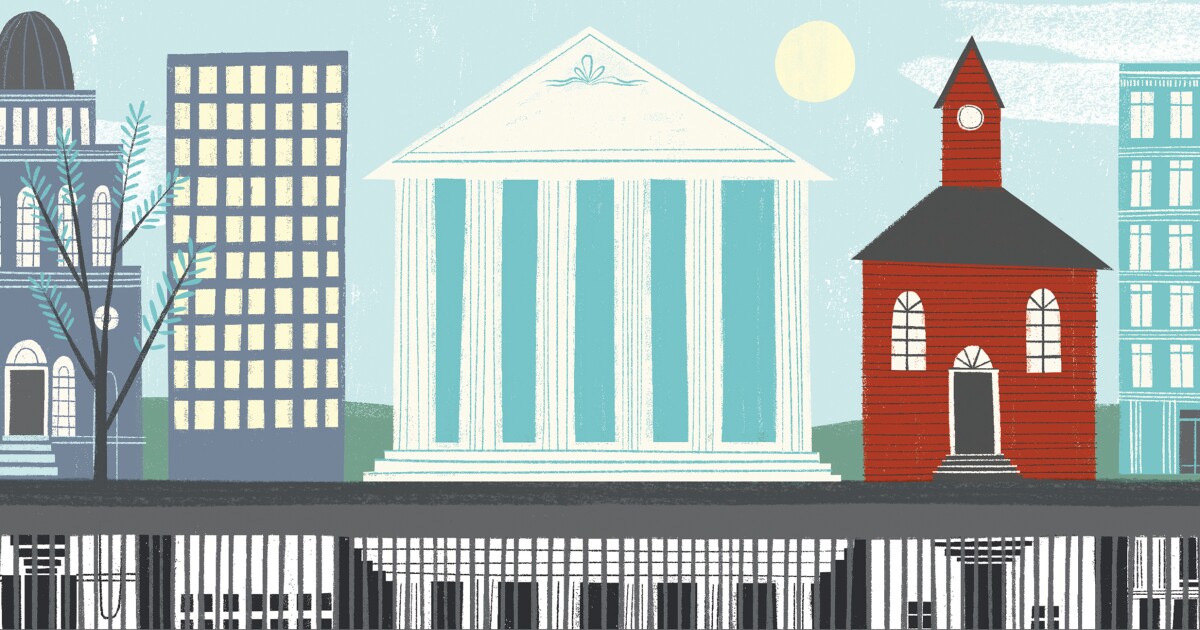 e talk a lot about “college” in the United States, but we struggle to agree on what exactly the word even means.

This isn’t a new problem. As enrollments exploded in the 1960s, Clark Kerr, then president of the University of California system, wanted a better way to define colleges. Describing them as public or private, two-year or four-year, religious or nonsectarian, Kerr believed, was insufficient because it grouped together institutions that had little in common.

So in the early 1970s, Kerr, as director of the Carnegie Commission on Higher Education, developed a classification system to better define the thousands of colleges and universities across the country. It was an attempt to take into account what he saw as the key point: All colleges are not the same.

That is exactly right. And it’s not because some colleges are inherently better or worse than others; it’s because they have different goals and play different roles — or at least they should. Unfortunately, the system we’ve used for almost half a century to categorize colleges creates perverse incentives for institutions to chase prestige and mimic what other institutions are doing. This stifles innovation and leads to high costs that must be paid by students and taxpayers.

The system we’ve used for almost half a century to categorize colleges creates perverse incentives for institutions.

Kerr’s system was novel for its time. His goal was to distinguish between the missions of different institutions by using descriptors such as “research university” or “master’s level institution,” and the further designations of “I” and “II” based on scale and scope — for instance, how much federal research money a college received. Originally the tool was intended to aid researchers and policy makers, but in 1973 the Carnegie Foundation for the Advancement of Teaching issued a public version that many educators saw as establishing a hierarchy, from small special-purpose institutions to what insiders called “R1” universities.

As a result, the classifications have become a measure of status in an academic world where measures such as profits and stock prices don’t exist. Updates of the classifications, released every few years, set off a jockeying for prestige.

Some presidents have made it an explicit goal to join the ranks of R1 universities — those institutions with the largest research budgets and most doctoral degrees awarded — and others have touted the news when they “move up” to what they perceive as a higher classification. Villanova University even went as far as to claim in 2016 that its new Carnegie category would “increase the type of intellectual discussion that occurs among undergraduates, graduate students, and faculty on our campus.” But it’s likely the typical Villanova student would have had an easier time naming the starting lineup of the university’s men’s basketball team, the national champion that year, than its Carnegie group.

The classification system has become embedded in higher education, gaining much more influence than Clark Kerr could ever have expected. As colleges have attempted to increase their prestige, they have spent their limited resources on strategies, such as diverting tuition dollars to research and adding more doctoral-degree programs, in order to move the needle on Carnegie’s metrics. States have used the classification system to allocate money to colleges, and the groupings have become the basis for the different categories in the influential U.S. News & World Report college rankings.

Nearly 50 years after the first classification scheme was released, it is an outdated method to describe the modern American higher-education system — one that is much larger, more diverse, and more critical to our economic future than when the groupings were developed. Today, American colleges enroll 19 million students, spend north of $600 billion annually on their student operations, and award nearly four million degrees and credentials each year.

hy do we need a different classification system now? And why does a new one matter to anyone outside of the insular world of higher education?

Carnegie labels do much more than just create a pecking order for college insiders. They encourage colleges to copy one another in their structure and their policies in order to maneuver into what they perceive as higher categories. That impedes innovation because colleges must look the same in order to get into certain groups. The result is a never-ending drive for status. That, in turn, shapes reality, encouraging the public to see some colleges as better and not fully acknowledging the wide-ranging roles different institutions are trying to fulfill.

We need more colleges willing to break away from the herd. Covid-19 dealt a serious blow to the enrollment and finances of many colleges. The higher-education system that will emerge from the pandemic must be fundamentally different than the one we promoted for the first two decades of this century.

Colleges also need to be more flexible in how they deliver education, by accelerating the widespread adoption of online learning. Students are increasingly older, with family and work obligations. Even traditional-age students want opportunities to take classes while they spend time away from campus participating in internships or conducting research. The quick pivot to remote learning across higher education over the last 19 months proved colleges can offer a menu of face-to-face courses, fully online classes, and a mix of the two in a hybrid format.

Carnegie labels impede innovation because colleges must look the same in order to get into certain groups.

Over the last two years, working with educational researchers, including Kyle Whitman on our team, we have started to develop a different classification system for four-year colleges, one that identifies the diverse organizational designs that colleges can pursue to achieve a public purpose. Rather than a hierarchy in which categories are based largely on arbitrary levels of research activity and types of degrees awarded, we constructed a different system, with 17 measures that capture ways colleges provide access to students, deliver education, and produce new knowledge to benefit society.

The result is an array of 13 clusters, each grouping institutions with similar characteristics. There is no ranking or hierarchy to our clusters. Think of each one as a Lego set. They all have the same foundation, which represents the knowledge-creation piece that is central to any higher-education institution and distinguishes, say, the University of Chicago from the Walmart Academy. On top of that are bricks that depict different roles that an institution might be taking on — from how much research they do to their size to whether they have online programs — so that it’s clear the University of Phoenix is different from Wright State or Amherst or Penn State.

Whether a grouping has more or fewer bricks or different-colored bricks doesn’t signal quality or prestige; rather, it describes the mission, distinctiveness, and comprehensiveness of the colleges in it. One group, called “National Scale Research Universities,” captures institutions with a large reach in both teaching and research, such as Ohio State, Georgia Tech, and Purdue. Another group focuses on high-intensity research institutions, including Harvard, Stanford, and MIT, among others. Yet another group, “Community Scale Research Universities,” covers institutions that serve their regions and conduct research, such as Appalachian State and Boise State.

Much like Clark Kerr in the 1970s, we feel the terms “college” and “university” don’t explain nearly enough. Institutions such as the University of North Carolina at Wilmington and Fordham University are both in the same Carnegie category, even though they have very little in common. The time has come in higher education for a sharper tool to understand and assess the sector.