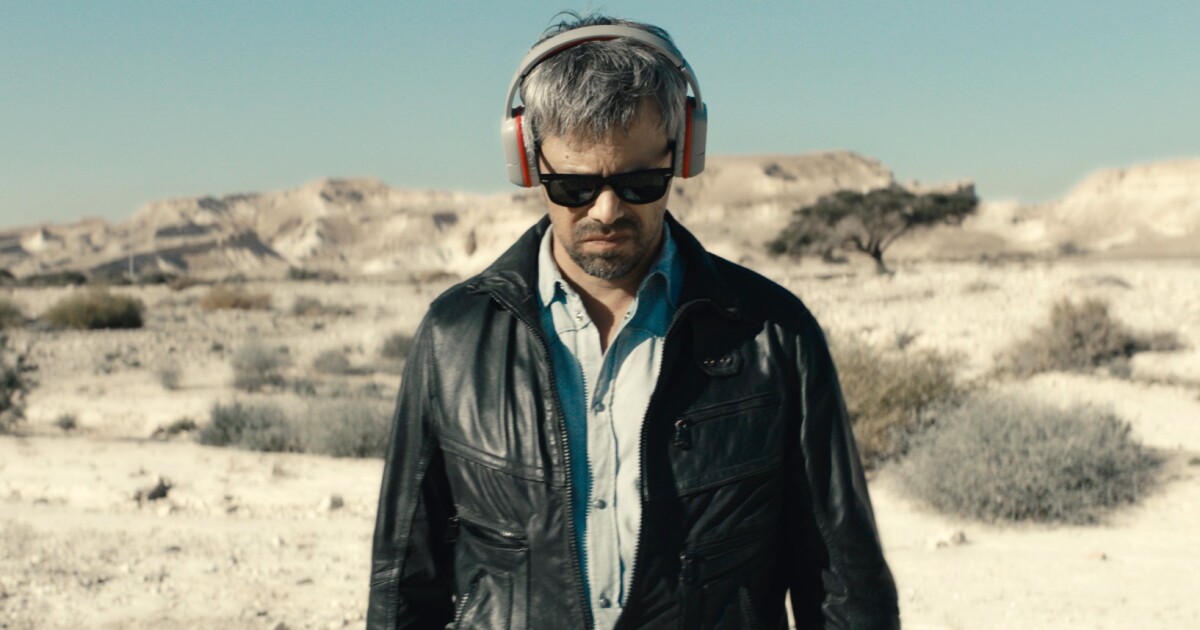 Hello! I’m Mark Olsen. Welcome to another edition of your regular field guide to a world of Only Good Movies.

Continued fallout from The Slap. Though it may seem as though there is no more to be said about the notorious slap from Oscars night, the academy reached a decision on Friday morning about disciplinary action against Will Smith, who had already resigned from the organization. This week, Glenn Whipp and Josh Rottenberg also published what may be the definitive account of what happened that night. (With stunning pictures by Times photographers Myung J. Chun and Robert Gauthier.)

As they quoted one source on the seemingly contradictory accounts of the events that transpired that night, “I think everyone has their truth. There are like five people who truly know what happened that night. And in those pressured moments, things certainly could have been misconstrued on all sides.”

’90s Black Realism returns. The American Cinematheque will launch a series this weekend called “Perpetratin’ Realism: 1990s Black Film” with a screening of “New Jack City” in Westwood, returning the film to the site of its controversial launch in 1991 just days after the release of the video of LAPD officers beating Rodney King. Saturday’s screening will be followed by a Q&A with director and actor Mario Van Peebles. Other films planned for the yearlong series, which will take place at theaters throughout Los Angeles, include “Clockers,” “Menace II Society,” “Set It Off,” “I Like It Like That” and “House Party.”

“We often talk about the power of film to represent marginalized communities. But the burden to ‘be real’ and authentically represent one’s community can be a trap for BIPOC filmmakers,” said Roya Rastegar in a statement. Rastegar is co-curator of the program, along with Felice Blake and Keith M. Harris. “This program reflects on and honors films from the 1990s that blunted the force of representational and respectability politics and played with the idea of what’s ‘real.’”

David Lynch’s ‘Inland Empire.’ As of now, the last feature film directed by David Lynch, 2006’s “Inland Empire,” returns to theaters in a newly remastered edition overseen by the filmmaker. The movie is a crucial exploration of the aesthetics of digital video, as well as a terrifying psychodrama with a revelatory performance by Laura Dern.

As Lynch said to Dennis Lim at the time of the film’s release, by way of explaining the film’s exploration of identity, “The big self is mondo stable. But the small self — we’re blowing about like dry leaves in the wind. … It’s going backward and forward, and it’s slippery.”

Michael Mann and ‘Tokyo Vice.’ This week also saw the launch of the new HBO Max series “Tokyo Vice,” the story of an American newspaper reporter working the crime beat in Japan. The pilot is directed by Michael Mann, who is also an executive producer on the series, which is why we are mentioning it here. (Where Mann goes, we follow.)

As Robert Lloyd wrote in his review, “Like many of the most effective adventure stories, ‘Tokyo Vice’ does not shy from cliche; it’s a basket of tropes, familiar not only from police procedurals and newspaper dramas, but gangster films and westerns. … Even as one recognizes them, one greets them as old friends, because they are well-handled here and give the series a solid core that lets it concentrate on character.”

Enjoying this newsletter? Consider subscribing to the Los Angeles Times

Your support helps us deliver the news that matters most. Become a subscriber.

The latest from acclaimed Thai filmmaker Apichatpong Weerasethakul, “Memoria” is set in Colombia and stars Tilda Swinton as Jessica, who finds herself disturbed by a mysterious sound that grows louder and more insistent. The film’s distributor, Neon, has said the movie will never be available on streaming or home video, and so when it plays near wherever you are, that is your chance to see it. The film is now at the Landmark Nuart in West Los Angeles and starts April 29, American Cinematheque at Los Feliz 3; May 13, Laemmle Playhouse 7, Pasadena; June 3, Laemmle Noho 7, North Hollywood; and June 24, Laemmle Glendale.

In reviewing the film for The Times, Justin Chang wrote about its unconventional release strategy, noting how he “couldn’t help but applaud Neon for treating ‘Memoria’ as not just another chunk of streamable content, but rather as a work of art that demands to be approached on its own terms and experienced under the best possible conditions. To put it another way: Weerasethakul doesn’t make convenient movies, and our culture of instant cinematic gratification could scarcely be more antithetical to the way he perceives the world. And so there is something to be said for allowing his movie to reach its audience at a pace commensurate with its own serene, meditative rhythms.”

For the New York Times, A.O. Scott wrote, “This doesn’t quite make Weerasethakul a magical realist, though the South American setting of ‘Memoria’ might make that description especially tempting. His imagination is philosophical and speculative, and in style he is more a poet than a fabulist, at home in the gaps between our various ways of making sense of the world. His refusal to explain can be a challenge, and ‘Memoria’ demands patience and attention. I found it an emotionally wrenching and intellectually fulfilling experience, but not one I can easily summarize or classify, partly because the feeling of radical uncertainty — Jessica’s feeling, but also mine — was a little too real. Her gradual unmooring from any stable sense of reality, and her perseverance in spite of that dislocation, strike me as utterly familiar, even as the causes of her alienation remains elusive.”

For Vulture, Roxana Hadadi wrote, “Weerasethakul is enthralled by the contrast between movement and tranquility and by the actions and choices that push one into the other. … The resulting film is propelled by the quiet magnetism of Swinton’s performance, punctuated by the aural textures of sound designer Akritchalerm Kalayanamitr, and infused by the melancholy of Weerasethakul’s narrative, which collapses space and time in its imagining of not just who we are, but why we are.”

For Artforum, Amy Taubin wrote, “When we say a film is kinetic, we are usually describing the effect of its images on the viewer. But the kineticism of Apichatpong Weerasethakul’s ‘Memoria’ is auditory. So overwhelming is its impact that it would be ridiculous to say we watched or saw this movie. No: We listened to it, and the listening was accompanied by seeing.”

The debut documentary feature from director Andrea Arnold, known for her vibrant, expressionist work on films such as “Fish Tank” and “American Honey,” “Cow” is just that, the story of a cow named Luma, a mostly wordless portrait of the animal’s life on a farm in England. The film is in theaters and on VOD now.

For the Tribune News Service, Katie Walsh wrote, “Although it can be a challenging watch, ‘Cow’ doesn’t necessarily have a specific agenda, and it is not an indictment of the dairy industry. It offers a clear-eyed observation of the process and allows the viewer to decide. … What Arnold manages to make tangibly cinematic in ‘Cow’ is the soulful spirituality of these animals, their beauty and their emotions. It is as moving as it is devastating, and although this film requires patience and fortitude, it rewards with a singular and perspective-shifting cinematic experience.”

For the New York Times, Beatrice Loayza wrote, “We somehow feel connected to these animals — not by their precious, humanlike relatability — but by the cyclically banal and thorough means with which they are exploited, milked and bred on aggressive schedules that break their bodies down prematurely. Too brief periods of freedom and respite in the form of open grazing punctuate Luma’s life, but for perpetual ‘employees’ like her, it’s all work and hardly any play.”

For IndieWire, Eric Kohn wrote, “The gamble of ‘Cow’ isn’t exactly uncharted terrain. As recently as last year, the black-and-white odyssey ‘Gunda’ delivered a wordless ode to the life of a pig and her ill-fated family, while the Harvard Sensory Ethnography Lab filmmakers Verena Paravel and Lucien Castaing-Taylor have made tremendous attempts to mine poetry from the swirling chaos of the natural world with ‘Leviathan’ and ‘Sweetgrass.’ Arnold’s work borrows some aspects of these works but feels more intimately tied to Luma’s hardships, hinting at shades of a personality, even as it stops short of humanizing her. The cow is not a person. Instead, ‘Cow’ invites humans to see the world as a cow.”

For Variety, Guy Lodge wrote, “Coming after four fiction features of ever-boldening sensual particularity and liberated female perspective, Arnold’s first documentary initially seems a drastic formal departure from her previous work. Yet there’s more continuity here than meets the (soulful, heavy-lashed) eye: When taken as a study of confined feminine identity and ruthlessly exploited sexuality, minus the possibilities of escape granted the loosed human heroines of ‘Fish Tank’ and ‘American Honey,’ it’s not hard to see why the British filmmaker has nurtured ‘Cow’ as a passion project for years.”

Directed and co-written by and starring Valérie Lemercier, “Aline” is a fictionalized telling of the life and career of singer Celine Dion. The character in the film is named Aline Dieu, the songs are those of Dion, though sung by Victoria Sio. The 58-year-old Lemercier plays the character from ages 5 to 50, winning her third César Award for her performance in the film. The film is in theaters now.

Jen Yamato spoke to Lemercier, who addressed the distinction between the actual Celine Dion and the character of Aline Dieu, saying, “Aline is between Celine and me. Could be ‘Valine’ … maybe Aline is more French if you speak very well with a Quebecois accent — you can say that mine is not very good. I decided to [focus on] the love story because for me, it’s the most important thing in life. When I see old movies that I’ve made, I remember where I had been, was I in love, who was my lover at that moment — it’s the only thing you remember at the end. For me, it’s the most important thing.”

For The Times, Robert Abele wrote, “Lemercier is a César-winning French star of stage and screen, and a director with a handful of breezy comedies under her belt, so we’re not talking about some wide-eyed Dion fan paying tribute with an elaborate bauble before returning to obscurity. And yet for all the ways ‘Aline’ is a head-scratcher, it’s got a kooky sincerity about talent, fame, trust and love. Like a lush ballad that’s somehow both off-key and in total harmony, it’s unlike anything else out there, and certainly more interesting in its swings and misses than a lot of the machine-stamped celebrity biopics littering the movie landscape these days.”

For the New York Times, Amy Nicholson wrote, “It evokes the disorientation of discovering the singer as she was on her first album: a 13-year-old with snaggleteeth. The movie’s passion is incredible — but, boy, is it embodied in something awkward. … All ‘Aline’ needs is a point. The closest thing to one is Lemercier’s insistence that Dion wasn’t simply a larger-than-life icon but a mortal, too, with relatable worries about her children, her sleep schedule and, er, getting lost in her 40-room mansion. To this end, in a film crammed with covers (splendidly sung by Victoria Sio), Lemercier opens and closes with ‘Ordinaire,’ the Robert Charlebois song: ‘I am not a circus freak,’ her star sings, adding, ‘I’d like to be understood.’”

For Rolling Stone, K. Austin Collins wrote, “‘Aline’ comes perilously close to being the uncanny, discomfiting spectacle that was promised, with an unusual gambit at the center of the movie, only for the entire thing to gently, graciously ebb back into a safe zone. What starts as one of those rare, unplaceable, maybe-satire, maybe-camp, high-wire pop confections morphs into a fairly straightforward biopic about a beloved superstar that seems overly wary of pissing off a living idol.”