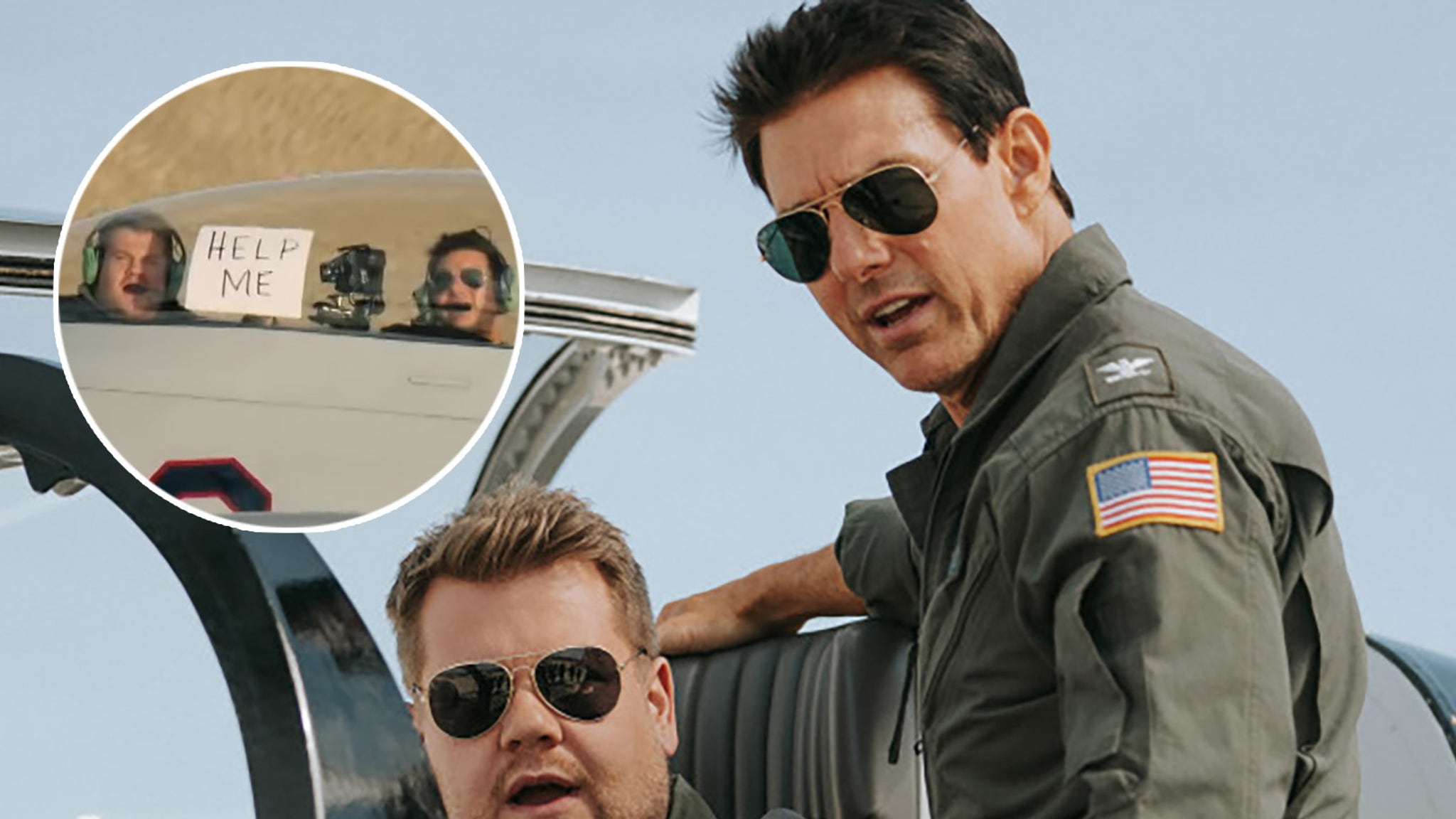 Four years after convincing the “Late Late Show” host to jump out of an airplane, Cruise ups the ante by showing off his pilot skills in vintage fighter jet — and modern equivalent.

If James Corden thought he was being pushed outside of his comfort zone the last time Tom Cruise invited him into a plane, he had no idea what was coming next.

Four years after the “Top Gun: Maverick” star convinced Corden to jump out of a plane, he returned to “The Late Late Show” to convince the departing host to take an even bigger chance with him.

This time, there would be no jumping out of a plane, but he would have to trust his life with Tom Cruise piloting the plane. “But you’re not a pilot, you’re an actor,” Corden told Cruise after the plan was explained to him.

“With all due respect, you played a lawyer in ‘A Few Good Men,'” Corden shot back. “I wouldn’t want you to represent me in court.”

Nevertheless, Cruise got him into not one, but two jet planes, one a vintage “Top Gun” model. “I’m gonna go up in a 75-year-old plane with someone who isn’t a pilot,” Corden lamented. “That sounds like a good idea.”

The flights themselves were both exhilarating and terrifying for Corden, who alternated between laughing and cursing out his pilot.

There were other cute exchanges between the two, including a classic “Top Gun” volleyball montage and Cruise even teaching Corden in “Top Gun” flight school — though the “conga line” had Corden doubting his credentials.

In the air, though, Cruise proved pretty adept at controlling and maneuvering those jets, flipping Corden upside down, doing barrel roles and even getting into a mock dogfight.

In the end, Corden couldn’t decide if he loved or hated Cruise, but it was clear he’d had another experience he’d remember for a lifetime.

Filmed beautifully, this was a very fun piece with some incredible flight maneuvers proving that Cruise is a madman — but also a pretty damned impressive pilot.