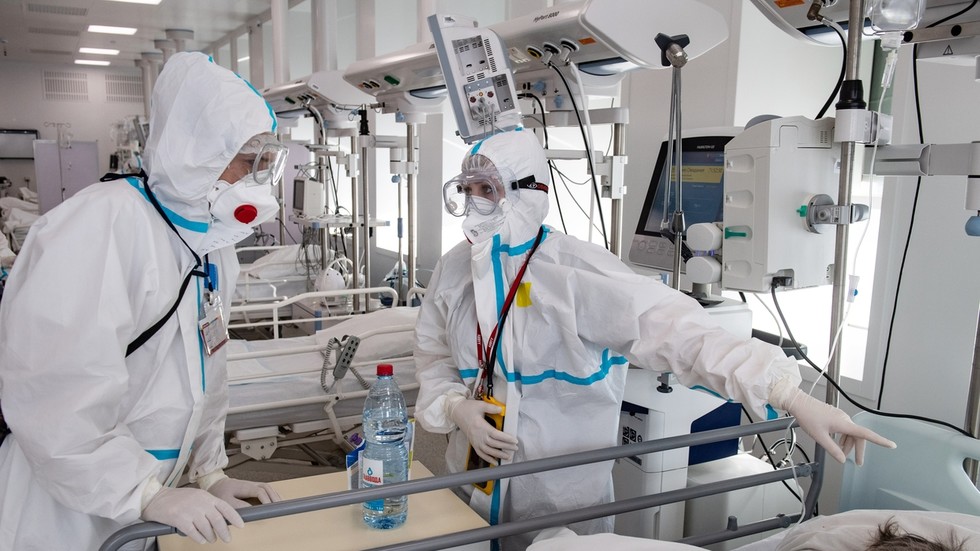 The heads of some of Russia’s largest Covid-19 hospitals have invited politicians and public figures, who are among the leading voices for vaccine skepticism, to take a tour through ICUs and mortuaries to see the virus’ effects.

On Wednesday, chief physicians from more than a dozen specialized facilities in various Russian cities – including Moscow, St. Petersburg, and Sochi – issued an “open letter” to a dozen high profile dissenters. They include the leader of Russia’s largest opposition party, veteran Communist Gennady Zyuganov, and the chairman of Fair Russia, Sergey Mironov, another key member of parliament.

The politicians, along with other famous faces from the world of television and the arts, have been singled out due to their criticism of the government’s vaccination campaign. The doctors want them to visit their facilities to see life within the ‘red zones’, where seriously ill patients are being treated during the pandemic.


“We are aware of your position on the vaccination of Russian citizens against Covid-19,” the doctors, including Denis Protsenko, the chief physician at Moscow’s main infections hospital, Kommunarka, wrote.

The doctors promised to find time in their busy schedules to “give you all a tour around the ‘Red Zones’, Intensive Care Units (ICU) and morbid anatomy departments of our hospitals.”

“You might change your position after that and fewer people will die,” they said, adding that the people they invited have vast audiences.

Pyotr Tolstoy, the deputy chairman of the State Duma – the Lower House of the Russian parliament – and an influential member of the pro-Vladimir Putin United Russia party, also made the list.

“Forced vaccination” is unacceptable, Zyuganov told Russia 24 TV on Tuesday, adding that it’s a personal choice. He also criticized the idea that employers can pressure staff into vaccination. The Communist leader additionally slammed the use of QR codes – Russia’s electronic health passes required for accessing public venues such as restaurants, bars, theaters, and even shopping centers, in some regions.


Last week, Mironov denounced some of the restrictions imposed by the authorities as “ill-considered and illegal,” adding that some local officials are preoccupied with “devising various ways to restrict the rights of those unvaccinated.” He also called for a “reboot” of the vaccination awareness campaign, blasting the current one as a failure.

Tolstoy expressed similar ideas in mid-October, saying that “people do not trust vaccination,” and that the government lost its own vaccination awareness campaign.

Russia has been hit by a fourth wave of Covid-19, which has claimed more than 1,000 lives a day for more than a month, immediate official tallies have declared. Roughly 58 million people out of the country’s population of 146 million have been fully vaccinated, according to government statistics – just under 40% of the population.

This is well below the European average, and comes despite the fact that Russia has developed its own world-class vaccine, Sputnik V.

Some parts of Russia have introduced stringent measures to encourage vaccination. Saint Petersburg has imposed mandatory jabs for pensioners and the Siberian region of Khanty-Mansi has brought in self-isolation for all unvaxxed locals in some towns.

Only those vaccinated or who have recently recovered from Covid-19 can receive a QR code in Russia.