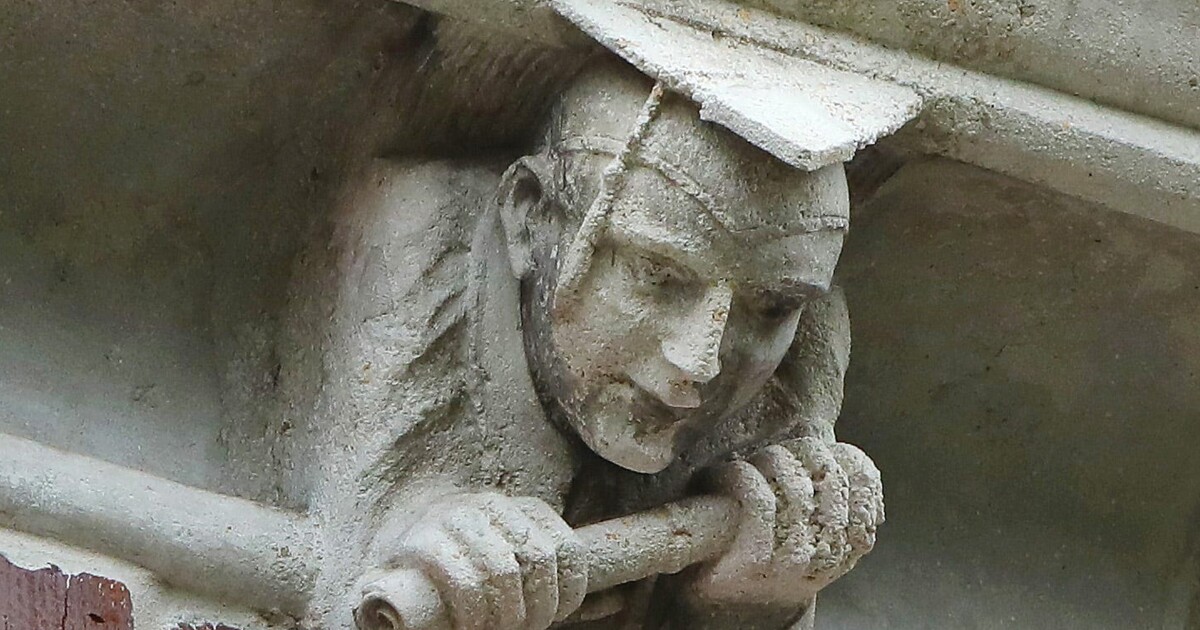 t’s rarely a good sign if you find yourself wondering how to translate certain German words: Gleichschaltung, for instance, or vorauseilender Gehorsam. But reading the news out of the University of Florida, where two administrators informed three faculty members that they were not permitted to testify as expert witnesses in a court challenge to Florida’s voter-suppression laws, will send you down that road.

Gleichschaltung is the process by which institutions are brought under the control of totalitarian ideology. It is frequently rendered as “coordination” or “synchronization,” but those terms lack the terrifying connotation of switches flipped, one by one, until the same ideological current flows through every previously independent institution.

Vorauseilender Gehorsam means “obedience ahead of the command.” The Yale historian Timothy Snyder translates it as “anticipatory obedience,” and that is close enough, but it doesn’t quite capture the scurrying servility implied in “vorauseilen,” to hurry ahead.

We don’t know on whose orders David E. Richardson, dean of the university’s college of arts and sciences, rejected the request of Daniel A. Smith, chair of its political-science department, to testify as an expert witness in the voting-rights case; or on whose orders Gary Wimsett, UF’s assistant vice president for conflicts of interest, rejected the requests of Michael McDonald, who studies national elections, and Sharon Wright Austin, who studies the political behavior of African Americans, to do the same. All three faculty members had previously testified as expert witnesses against the state in other cases, and the university had never declared them to be subject to conflicts of interest.

Unless we want to believe that two different administrators independently invented the same policy from scratch and presented it in near-identical terms, we have to conclude that Richardson and Wimsett acted on orders from above. The notion that they simply anticipated such orders is, in some regards, even worse. Whatever the truth of the matter, we do know that Richardson wrote that “outside activities that may pose a conflict of interest to the executive branch of the state of Florida create a conflict for the University of Florida.” And Wimsett wrote in an email filed with court documents: “UF will deny its employees’ requests to engage in outside activities when it determines the activities are adverse to its interests. As UF is a state actor, litigation against the state is adverse to UF’s interests.”

Whether they got their orders from the trustees, the president, the provost, or from Gov. Ron DeSantis or one of his minions will emerge in due course. But no matter where the directive originated, both men should have refused to carry it out. They should instead have offered their resignations. You do not obey such commands, you do not hurry ahead to destroy your university’s reputation at the bidding of an authoritarian regime.

hose who have objected to the denials have overwhelmingly invoked the professors’ freedom of speech in general and their academic freedom in particular, and rightly so. But there is something here even more sinister than the by-now familiar spectacle — in the concerted attacks on critical race theory, the firing of professors questioning a college’s lax Covid policies, or the failure to offer tenure protections to Nikole Hannah-Jones — of the American right’s seeking to strangle the speech of its opponents.

The most deeply troubling aspect of this episode is the explicit conflation of the interest of a state government with the interest of a state university. A public university is beholden to truth-seeking and truth-speaking, and neither can possibly be subject to direct political control. A university that bars its faculty from criticizing the government in court has abandoned its core mission and tossed what should be its most fundamental values to a foul-smelling wind.

A university that bars its faculty from criticizing the government in court has abandoned its core mission and tossed what should be its most fundamental values to a foul-smelling wind.

The implications of the assertion that the faculty must not act in a manner adverse to the regime’s interest — “activities that may pose a conflict of interest to the executive branch of the state of Florida create a conflict for the University of Florida” — are staggering. If you are not allowed to bear witness against voter suppression in court, why would you be allowed to study the effects of voter suppression in the first place, or to teach your students about them? Such research and such teaching are not in Ron DeSantis’s interest, either, and by the logic of Richardson’s denial, any activity that is not in Ron DeSantis’s interest is not in the interest of the University of Florida. Neither, one assumes, is research into the environmental toll of his climate policies, the human toll of his welfare policies, or the death toll of his Covid policies. A university declared an arm not simply of the state but of its partisan government ceases to be a university.

To be sure, UF is in a tough spot here: It heavily depends on state funding, and you’d expect there to be strings attached, seeing Republicans’ general opposition to the core principles of any form of higher education that cannot be monetized, but to see those strings used as garrotes should be profoundly troubling to any academic at any public university.

If the denials are not overturned, the legal team that sought to hire Austin, McDonald, and Smith can find other experts. But the university’s decision to declare itself an arm of DeSantis’s government rather than an independent institution beholden to the production and dissemination of knowledge and expertise represents an instance of Gleichschaltung that will be more difficult to reverse. It will only get worse. That it is the democratic franchise itself that is at stake in the court case in question only highlights how deep the threat is. Access to the vote is to democracy as freedom of speech is to the university: fundamental, constitutive. Democracies go bankrupt the same way everybody else does: very slowly, then all of a sudden. We are still at “slowly.” All of a sudden is scheduled for Tuesday, November 8, 2022. If Florida’s administrators have ever asked themselves how they would have acted in 1932, now they know.