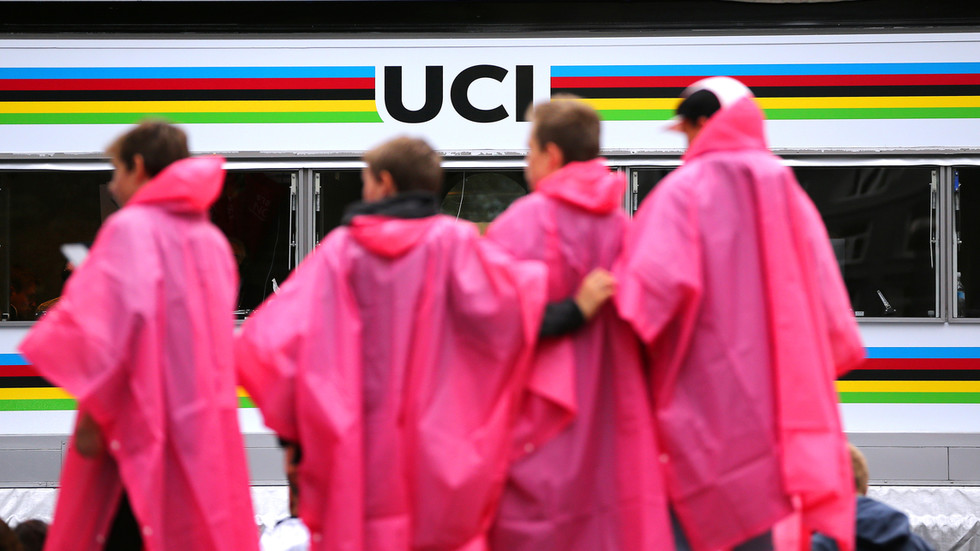 The president of world cycling governing body the Union Cycliste Internationale (UCI) has held emergency talks with other leading sports federations to discuss the creation of stricter rules on trans women’s participation in women’s sports.

David Lappartient wants to see the changes made “within months,” and conceded this week that current legislation, which allows trans women to compete if their testosterone has been reduced below 5 nanomoles per liter for a period of 12 months, is “probably not enough” to ensure fair competition.

Lappartient made his comments amid his organization ruling that trans cyclist Emily Bridges cannot take part in the National Omnium Championships in Great Britain this weekend due to still being registered as a male racer.

“It is a very sensitive topic at the moment,” Lappartient said to The Guardian.

“The question is, is there a memory from your body from what you were before? Do you have an advantage for this? Do we have a breach of fair competition?” he posed.

“When you ask this question, it is not to challenge the fact that people want to transition. We fully respect that,” Lappartient pointed out.

“But I can also really understand from ladies [who] say: ‘OK, we don’t accept this.’ At the moment, the union of women’s riders are completely against this and challenging the UCI. So we are in between.”

British Cycling confirm trans woman cyclist Emily Bridges is now unable to compete in National Omnium Championships- Told it is a ‘ technically’ as Bridges has to wait until current UCI registration runs out to compete as a woman- But was talk of a boycott by GB female riders pic.twitter.com/URSXWWLQYr

Lappartient noted that cycling currently has “one big case in Great Britain” in Bridges, who The Guardian believes will also not be picked for the UCI Track Nations Cup starting on April 21.

This week, when British Cycling announced that Bridges would not be taking part in the National Omnium Championships as confirmed by UCI, the same paper said that it understood some female competitors were threatening to boycott the event in Derby on Saturday if Bridges took part as they felt she had an unfair advantage.

While Lappartient has not confirmed this, he did tell BBC Sport that numerous female cyclists had raised concerns with the UCI over the fairness of competition and “do not accept” current controls.

In its statement announcing that Bridges wouldn’t be able to compete, British Cycling said that it was calling for a coalition “to share, learn and understand more about how we can achieve fairness in a way that maintains the dignity and respect of all athletes.”


Shortly before the revelation, Lappartient spoke to BBC Sport and confessed he was “worried” about the effect on fairness in women’s sports trans participation could have, and repeated his line about testosterone level rules “probably” not being enough to guarantee this.

Lappartient said that he has spoken to “professors in medicine” and “some specialists” on the matter, but he has now revealed he has held “discussions this week with the Olympians associations” and “with some international federations”.

“In cycling, in swimming, in athletics, the question of fair competition is really a question we must put on the table. Is it a right to take part when you do the transition at the highest level or do we have to see if this will affect the fairness of competition?” Lappartient pondered.

“Clearly this is something that we have to put on the agenda of the Association of Summer International Olympic Federations because we can’t solve this alone, we have to work together,” Lappartient also demanded to the BBC.

“We can’t just close our eyes on what is happening and this is something we have to do within the next months.”

The International Olympic Committee (IOC) currently assigns power to individual sporting bodies to create their own rules on trans participation, which is probably why the UCI wants a coalition to create a more universal stance.


This will put the burden of proof on athletes to demonstrate that they boast no advantages, and World Triathlon is also working on updates to its rules which will be made public in April.

“We have a working group on this matter including members of the medical committee, sport dept, women’s committee, and executive board in order to update our rules during 2022 to have fair competition between transgender and cisgender,” said the president of World Triathlon’s medical committee, Dr Sergio Migliorini, to the Guardian.

“We hope that the International Olympic Committee framework will be improved, considering also the medical/scientific aspect of this matter, and with the cooperation of the IFs/IOC medical committee and the scientific experts in this matter,” he concluded.