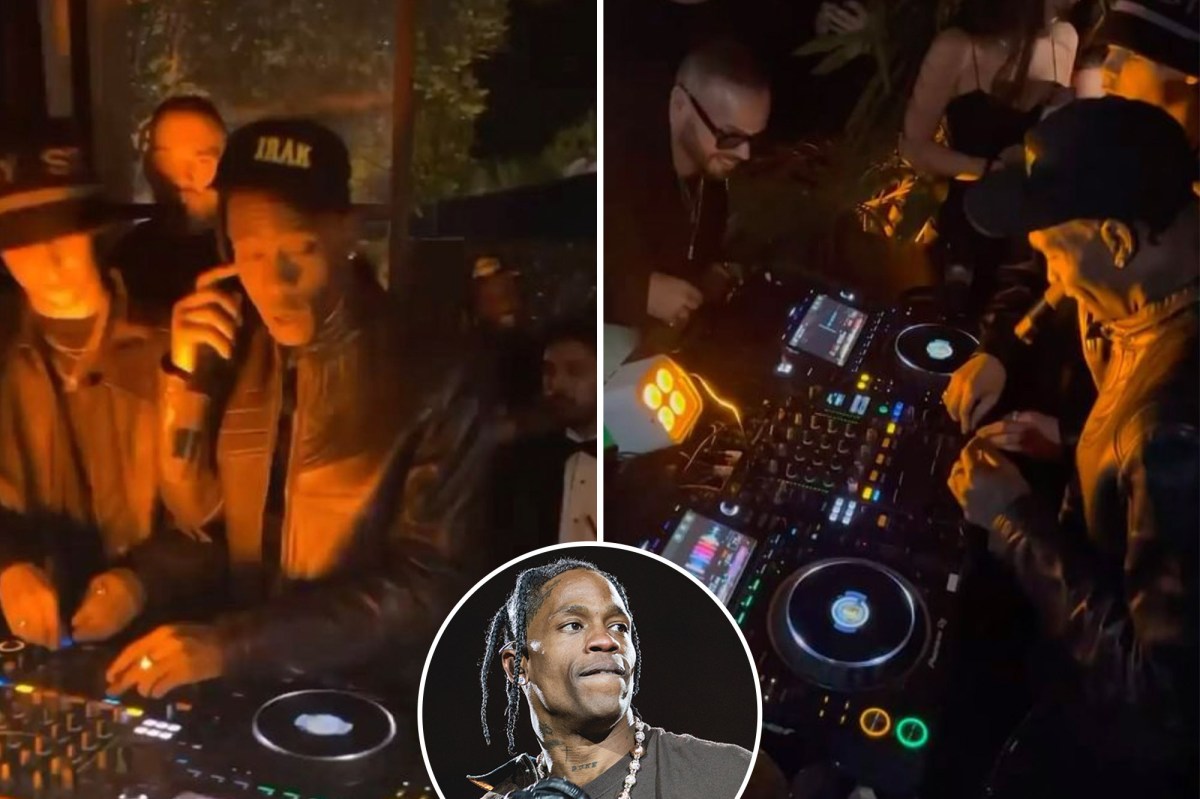 Travis Scott performed a short set at a private pre-Oscars party in Los Angeles on Saturday – marking his first performance since the Astroworld tragedy.

The rapper grabbed the mic and rapped his hit song “Sicko Mode,” as seen in videos captured by fans on social media,

Scott, 30, bopped along and smiled throughout his performance as the audience sang along. He stepped out to the event wearing a black flat brim baseball cap with “IRAK” written on it, a black leather jacket, a graphic T-shirt and a gold pendant necklace.

The dad of two performed in front of dozens of celebrities including Leonardo DiCaprio, Tobey Maguire, Venus and Serena Williams, Tyga, YG and Kaia Gerber, according to TMZ.

Scott’s girlfriend Kylie Jenner did not appear to be in attendance.

Reps for the rapper did not immediately return Page Six’s request for comment.

Scott’s latest performance marks the first time he’s been on a stage in some capacity since his November 2021 festival in Houston that killed 10 fans and injured hundreds more.

The “Goosebumps” artist faced major backlash after he continued to perform on stage despite fans begging him to stop after things got out of control.

Scott has since claimed that he “1,000 percent” did everything he could to help those that were dying and that he didn’t hear fans pleading with him to stop.

Astroworld has since been dubbed one of the deadliest live-music crowd events in the country. Scott, organizer Live Nation, streamer Apple Music, and special guest Drake are facing more than 140 lawsuits in addition to a mass litigation suit by 1,500 concert attendees.

The “Highest in the Room” singer is attempting to make amends for his deadly concert, as he launched Project HEAL, an organization focused on making events safer and protecting the youth.

“I will always honor the victims of the Astroworld tragedy who remain in my heart forever,” he wrote on Instagram earlier this month.

Scott and Jenner welcomed their second child, a baby boy they originally named Wolf, Four months after the tragedy. Jenner, 24, revealed via her Instagram Stories, however, that they have since changed the baby’s moniker. The couple also share 4-year-old daughter Stormi.