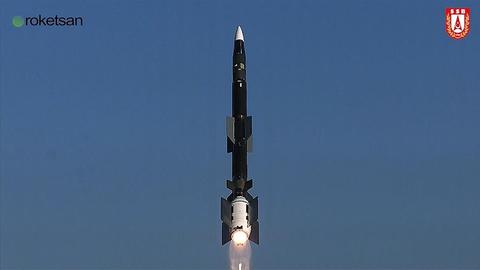 The country’s top defence industry official announced on Monday that Ankara has successfully achieved another milestone in developing an indigenous long-range and multi-layered defence system.

“We will eliminate all threats against our Gokvatan [a reference to Turkey’s air space] in the most powerful way with Siper, which we plan to take into (army’s) inventory in 2023,” said Ismail Demir, President of Defence Industries.

According to Demir, Turkey will continue to produce new weapons and will have up to six different multi-layered air defence systems.

The Siper project is led by Turkey’s defence companies Aselsan, Roketsan and the Scientific and Technological Research Council of Turkey.

Besides Siper, which is expected to rival Russia’s S-400, Korkut, Sungur and Hisar air defence systems are in place.

Turkey has been dedicated to fortifying its aerial defence capabilities since the mid-2000’s.

Ankara has developed short and medium range defence systems dubbed the Hisar A and Hisar O.

It also has developed longer range Hisar A+ and O+ defence systems that aim to destroy targets across overlapping fields of altitude and range.

Turkey has faced challenges in protecting its airspace from long-range missile attacks.

After the US turned away multiple bids to procure the Patriot missile defence systems, Turkey resorted to purchasing Russia’s sophisticated long range S-400 systems, which strained ties with Washington.