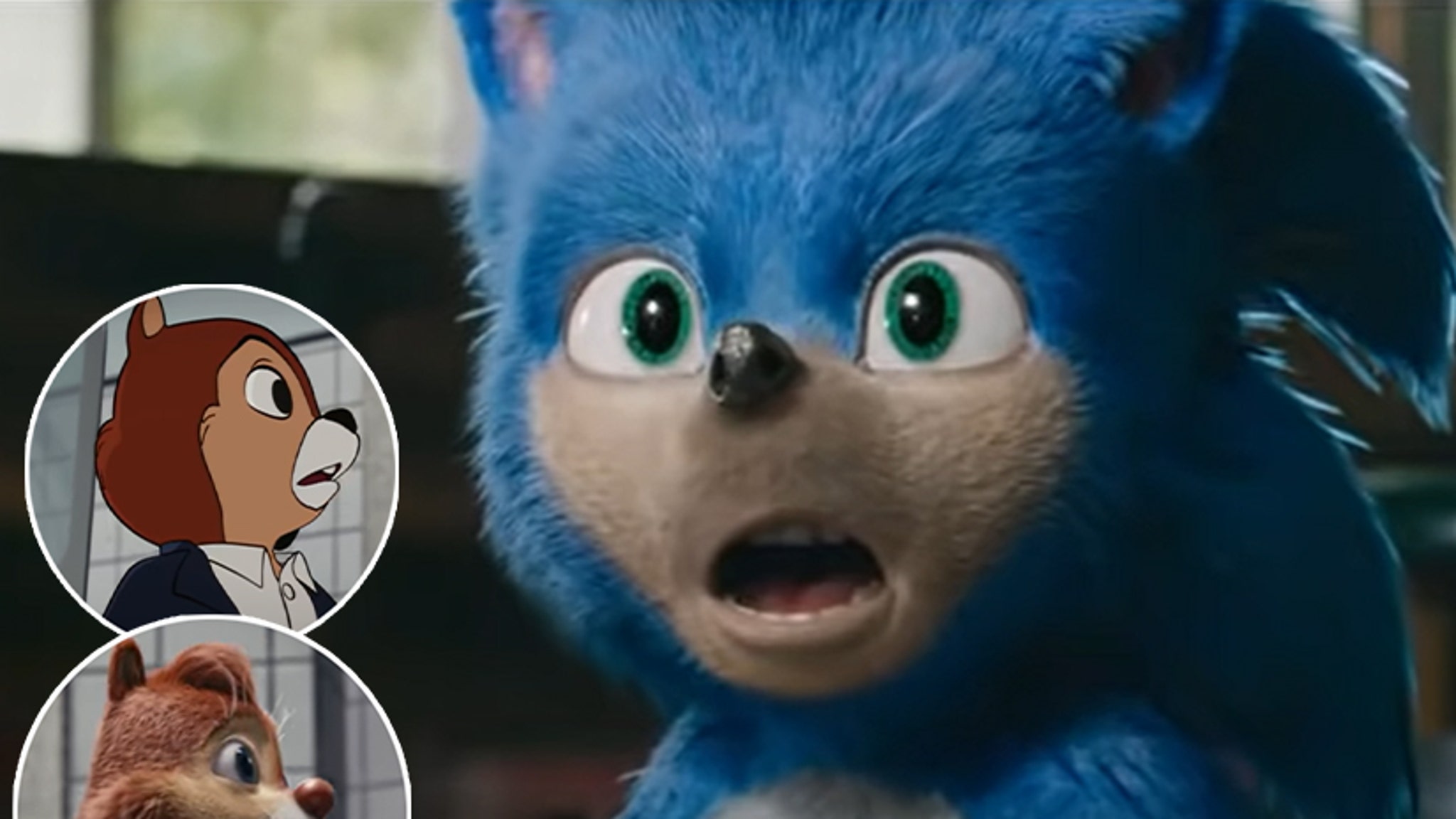 Human teeth and all.

You thought it was banished to the deepest realms of internet hell, its unholy face never to be seen again…. but you were wrong.

Ugly Sonic is back — via a hilariously shady cameo in Disney’s “Chip ‘N Dale: Rescue Rangers”.

The film — streaming on Disney+ from Friday — reunites the beloved anthropomorphic chipmunk duo, and is a franchise-crossing mishmash of characters from the Disney vaults… and many from beyond Disney, too.

But one special guest appearance in particular set Twitter alight on Friday, as the hideous original CGI design of Sega’s speedy blue hedgehog made his somewhat bitter return.

The nightmarish creature, complete with dog snout, beady eyes and human teeth, was first seen in the original trailer of the first Sonic movie; a massive outcry from furious (and terrified) fans sent the designers back to the drawing board, which resulted in the far more cuddly big screen version we know and love today:

… which is why the jobless grotesque version can now be found hawking autographs at fan conventions:

I want more of Tim Robinson as Ugly Sonic pic.twitter.com/cxvLCwFn6I

“You cant hurt my feelings if I’m in on the joke!” the washed-up almost-movie star declares during his introduction… but Dale, too mesmerized by those human teeth, barely hears him.

Director Akiva Schaffer told Polygon that the cameo is one of his personal favorites in the film — but added he couldn’t speak on how he went about licensing its use.

“I don’t know what I should, what I’m allowed to say [about it],” he said. “I think I will actually plead the fifth.”

According to Sega news site SEGAbits, neither Paramount nor Sega themselves are credited in the film.

Ugly Sonic does not appear to be licensed from Paramount or SEGA as neither company is listed in the credits alongside other cameo franchises and characters 🤔 https://t.co/9RU0jZcbFz

The film, reminiscent of Robert Zemeckis’ 1988 franchise-crossing masterpiece “Who Framed Roger Rabbit”, is also a live action/animated hybrid, which sees the rodent brothers (voiced by John Mulaney and Andy Samberg) reuniting decades after their TV heyday to solve the mystery of a missing former castmate.

“It was super-important to me to get a bunch of third-party cartoons, because if this is going to be some sort of a celebration of animation, it can’t just be a celebration of Disney animation,” Schaffer told Polygon. “You don’t want it to feel like an ad for Disney Plus.”

He said procuring all the necessary copyright permissions was a huge challenge.

“You don’t usually come out of a movie and want to thank the lawyers, but we genuinely owe the Disney lawyers for being team player,” he added. “[They] super stayed optimistic about it, and really saw the value of the third-party stuff, and they had to really work hard.”