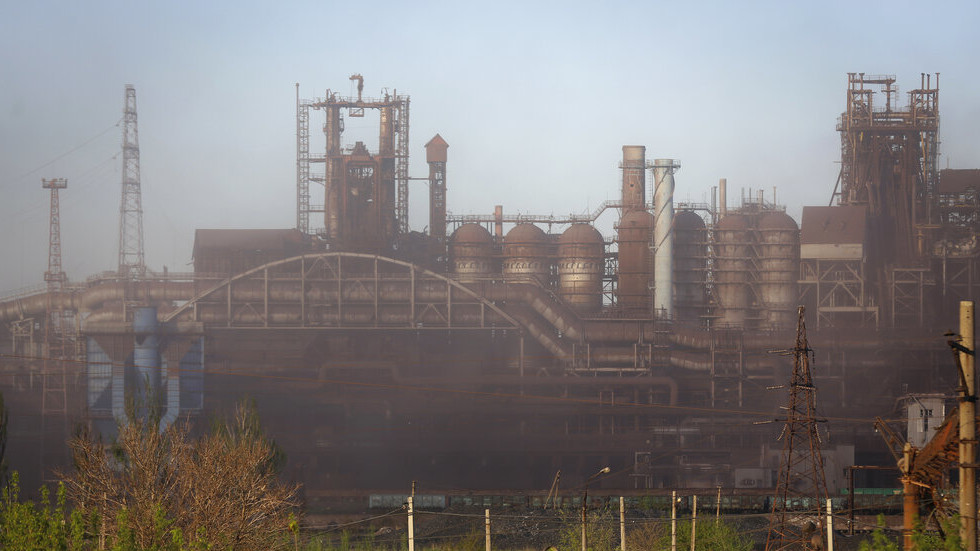 The General Staff of the Armed Forces of Ukraine has confirmed in its social networks, on Tuesday evening, that its servicemen holed up at the Azovstal steelworks in Mariupol have been ordered to surrender.

“The garrison “Mariupol” has completed the assigned combat mission. The highest military command issued an order to the commanders of the units located at Azovstal to save the lives of the personnel,” the Ukrainian military statement explained. According to Kiev, while holding positions at Azovstal, its soldiers prevented Russian troops from operating in other theaters.

The two countries have been embroiled in a full-blown conflict since February, when Moscow attacked its neighbor, following an eight year standoff over the fate of the Donbass.

Kiev insisted that the Azov Neo-Nazis and members of its regular forces had “prevented the implementation of the [alleged Russian] plan for the quick capture of [nearby] Zaporozhye, and did not allow access to the administrative border of the Donetsk and Zaporozhye regions.”

The President of Ukraine Volodymyr Zelensky said that work on their return will require “delicacy and time”.

“Thanks to the actions of the Armed Forces of Ukraine, intelligence, as well as the negotiating group, the International Committee of the Red Cross and the UN, we have hope that we will be able to save the lives of our guys. I want to emphasize that Ukraine needs Ukrainian heroes alive. This is our principle. I think that every adequate person will understand these words. To bring our military back home, the work continues, and this work requires delicacy and time,” he stated.

A large portion of them are members of the Neo-Nazi ‘Azov regiment.’ The military uniforms of the group feature Nazi insignia and its members have been photographed with tattoos of symbols such as the swastika. Its first commander Andrey Biletsky has said he believes it’s Ukraine’s mission to “lead the white races of the world in a final crusade… against Semite-led Untermenschen [inferior humans]”.


The first stage of surrender was completed on Monday. 264 soldiers left Azovstal. There are now 53 wounded servicemen in a hospital in Novoazovsk and 211 soldiers in Yelenovka, both of which are part of the Donetsk People’s Republic.

Russian sources have estimated that about 2,200 people have been trapped in the basements of the huge Azovstal complex. The site is eleven square kilometres long and its subterranean sections are designed to withstand a nuclear attack.

According to the Deputy Minister of Defense of Ukraine Anna Malyar and the General Staff of the Armed Forces of Ukraine, those who surrender will be exchanged for Russian prisoners of war, taken captive by Kiev. However, the terms of the exchange have not yet been decided.

Moscow has not yet made any public statements about an exchange. Meanwhile, the Ukrainian side has tried to avoid the use of the expression “surrender”.

After the last Ukrainian soldier leaves Azovstal, the battle for Mariupol will be effectively over and Russia will have gained total control of the strategically vital city.