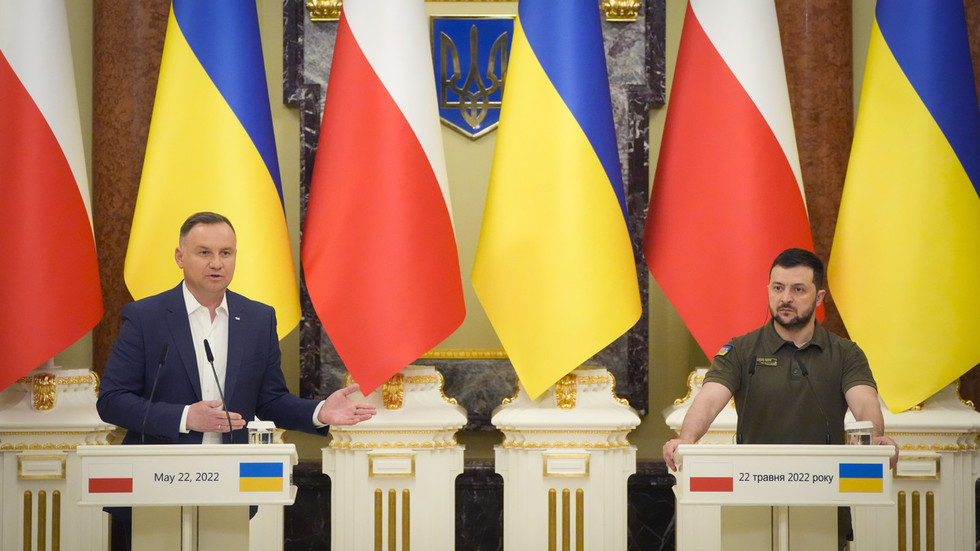 “There should be no borders or barriers between us. Mentally, the Ukrainian and Polish peoples have been inseparable for a long time. Therefore, we have agreed to translate this into an appropriate bilateral agreement in the near future,” Zelensky said during a speech in the country’s parliament.

Earlier this month, Duda expressed hope that there would be no border between Poland and Ukraine in the future. The two nations would live “together on this land, building and rebuilding our common happiness and common strength that will allow us to resist every danger,” the Polish president said in Warsaw on May 3.


So far, little is known about the potential agreement and what perks exactly Polish nationals would get. The upcoming legislation may be mirroring the measures undertaken by Warsaw to support Ukrainian refugees amid the ongoing conflict between Moscow and Kiev, Zelensky’s aide Sergey Nikiforov suggested.

“We need to pay attention to the law that was adopted in Poland for temporarily displaced persons from Ukraine, and which actually equated the citizens of Ukraine with the citizens of Poland, but without the right to vote. Accordingly, in Ukraine, at the initiative of the president, let’s say, a similar law will be adopted,” the official told local media.

Under the Polish legislation, adopted back in March, Ukrainian nationals can stay in the country for up to 18 months and are eligible to work there after getting registered and confirming their identity. Poland has accepted some 3.5 million Ukrainian refugees since the conflict broke out late in February.