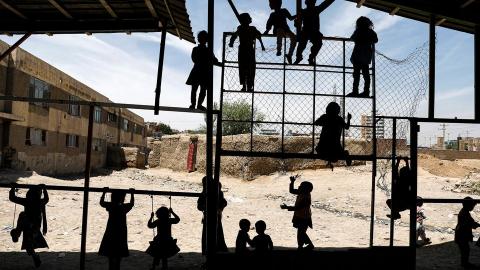 Terror group has grown from being in ‘a few provinces and Kabul’ to ‘nearly all’ of the country according to UN envoy.

The Taliban has proven unable to prevent the growth of Daesh/ISIS’ Afghanistan affiliate, the UN envoy for the war-torn nation warned.

Deborah Lyons, Secretary-General Antonio Guterres’ special envoy, told the UN Security Council that the terrorist group has grown from being in only “a few provinces and Kabul” to now being present “in nearly all” of the country and is “increasingly active.”

She pointed to data that indicated the group has dramatically escalated attacks across the country from mid-August, when the Taliban were increasingly taking territory from the former internationally-recognized government. That includes 13 attacks in the second half of August, 38 in September and 48 the following month.

“The Taliban insist that they are waging a concerted campaign against ISILKP, but this campaign is worrying in that it appears to rely heavily on extra-judicial detentions and killings of suspected ISILKP members,” she said, using an acronym to refer to an alternative name for the group – the Islamic State in Iraq and in Levant, Khorasan Province.

“This is an area deserving more attention from the international community,” added Lyons.

Meanwhile, Afghanistan’s economy has been in freefall since the US and its allies cut much of their funding in the country following the Taliban’s seizure of power, with about a 40 percent reduction in GDP since August, and Lyons warned that should the situation deteriorate further, it would “heighten the risk of extremism.”

“The continued deterioration of the formal economy will provide impetus to the informal economy, including illicit drugs, arms flows and human trafficking,” she said.

“We must focus for the next three or four months on helping the most vulnerable Afghans endure the winter, and we must do so without undermining the institutions and coping mechanisms that are keeping the rest of the population from sliding into greater vulnerability,” she added.

READ MORE: Daesh in Afghanistan: Challenge and opportunity for the Taliban