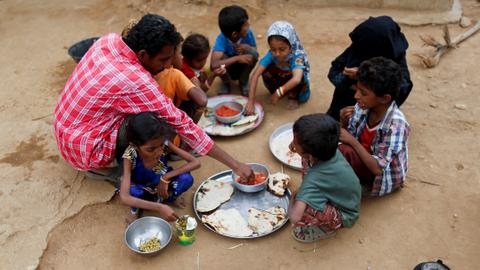 Over 150,000 people will be killed in fighting alone in Yemen this year, the UN agency says while an estimated 1.3 million people in total will have died by 2030.

United Nations has estimated that Yemen’s seven-year-old war will have claimed 377,000 lives by the end of the year, through both direct and indirect impacts.

Nearly 60 percent of deaths will have been caused by indirect impacts such as lack of safe water, hunger and disease, a UN Development Programme report said on Tuesday.

The fighting have directly killed over 150,000 people, the agency’s estimation suggested.

Projecting the impact of continued fighting into the future, the UNDP warned that 1.3 million people in total will have died by 2030 as “the situation continues to propel in a downward spiral”.

Children are the most affected

Most of those killed by the war’s indirect effects were “young children who are especially vulnerable to under- and malnutrition,” the UN agency said.

“In 2021, a Yemeni child under the age of five dies every nine minutes because of the conflict,” it found.

A Saudi-led coalition intervened in Yemen in early 2015 to shore up the government after Iran-backed Houthi fighters seized the capital Sanaa months before.

Fighting since then has had “catastrophic effects on the nation’s development”, the report said.

The UNDP has warned in the past that the war in Yemen, already the poorest country in the region, had thrown its development back by over two decades.

The Yemen war is often labelled the greatest humanitarian disaster in the world.