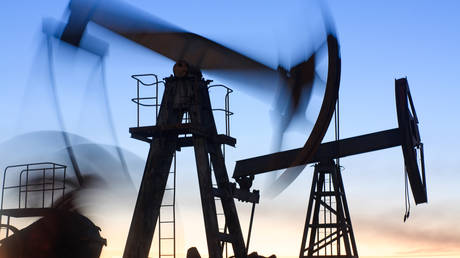 Moscow is profiting from soaring oil and gas prices, the US senior advisor for global energy security has said

Russia is now getting more money from its fossil fuel trade than it did before the start of its military operation in Ukraine, which prompted some Western nations to target Moscow with a barrage of sanctions, US Senior Advisor for Global Energy Security Amos Hochstein told American senators on Thursday.

Global energy prices that were already on the rise and have apparently been driven further up by Western sanctions against Russia have helped Moscow alleviate the impact of Western restrictions, the official, who had previously served as the US energy security envoy, admitted.

When asked whether Moscow was getting more money from its oil and gas trade now than it did several months ago, Hochstein replied: “I cannot deny that.” The official was speaking to the Senate Subcommittee on Europe and Regional Security Cooperation.

The US moved to restrict all imports of Russian crude oil, some petroleum products, liquefied natural gas, and coal in early March as part of a sanctions drive sparked by Russia’s military action in Ukraine. On Wednesday, Russia’s State Duma speaker, Vyacheslav Volodin, said, however, that oil deliveries from Russia to the US had “almost doubled in March compared to February.”

The EU – which has long been reluctant to impose restrictions on Russian oil imports and targeted financial and banking sectors with its sanctions instead – agreed to introduce a ban on Russian oil in late May. The bloc decided to stop 75% of imports immediately, and 90% by the end of the year. However, Hungary and several other countries were given a waiver due to the inability of their economies to cope without Russian supplies.

Reports by the media have meanwhile suggested that the sanctions have hardly affected Russia’s energy trade so far. In April, the Wall Street Journal reported that Russia’s oil shipments had grown by 300,000 barrels a day that month alone.

In mid-May, Bloomberg reported that Russia’s oil revenues were soaring in spite of sanctions and jumped some 50% since the beginning of 2022. The Russian government has also reported that the nation’s oil production was recovering and pointed to some new customers in the Asia-Pacific region that have started buying Russia’s crude.

India has been one such customer, as Russian oil exports to this country jumped by a whopping factor of 25 in May, according to Reuters. Meanwhile, the sanctions drive has seemingly backfired on the US and its allies. US President Joe Biden declared a state of emergency over energy earlier this week by saying that the nation’s ability to provide sufficient electricity was under threat.

Last weekend, the American Automobile Association (AAA) reported that US gasoline prices had doubled under Biden and reached all-time highs, amounting to $4.81 per gallon last Saturday. On June 1, the International Energy Agency warned that Europe, which faces soaring gasoline prices as well, might resort to fuel rationing in the face of an unprecedented energy crisis.