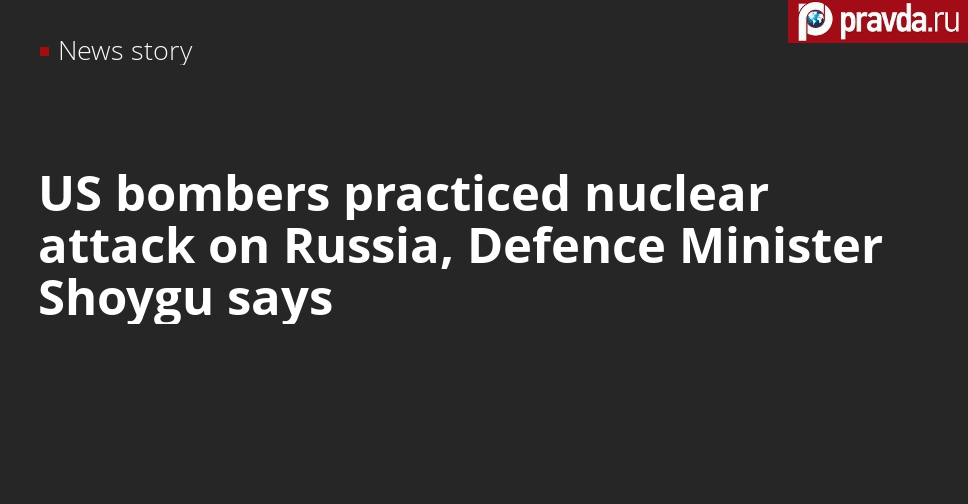 
“During Global Thunder exercise conducted by the US Strategic Command, ten strategic bombers practiced the use of nuclear weapons against Russia from both western and eastern directions at a time,” the Russian Defence Minister said.


In November, the Russian military recorded a significant increase in the activity of American aircraft in the immediate vicinity of the Russian borders, he added. Thus, the US Air Force conducted about 30 sorties to the Russian borders in a month, which marked an increase by 2.5 times as compared with the same period in 2020.


“The minimum distance from our state border was 20 kilometers,” Shoygu stressed out.