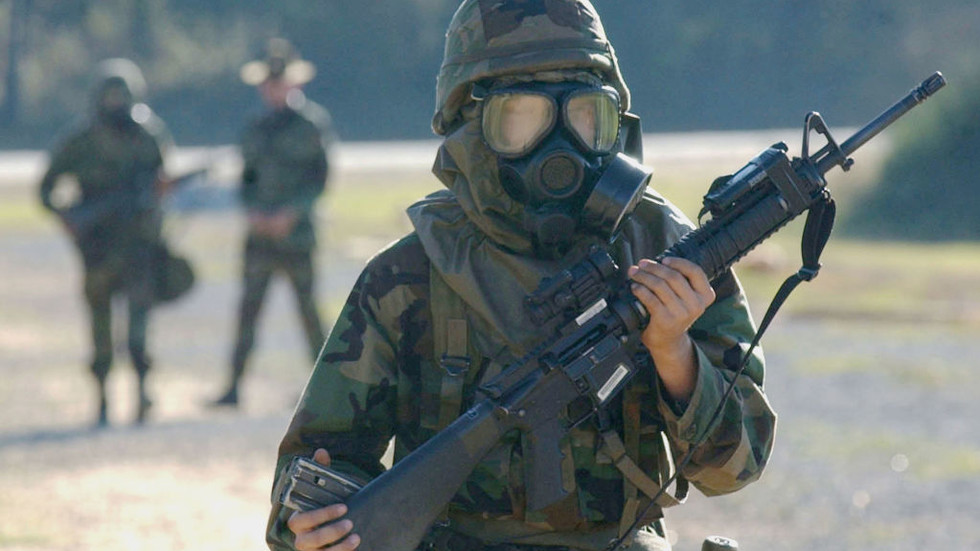 Washington is providing equipment to be used in case of chemical or biological attacks, White House says

The US is bracing for the possibility that Russia might use chemical or biological weapons against Ukraine, providing equipment and supplies that could be used to save lives after such an attack, White House press secretary Jen Psaki has confirmed.

Psaki disclosed the aid effort on Friday, without giving details on the gear that’s being sent to Kiev. She added that giving the equipment to Ukraine won’t compromise US preparedness for chemical or biological attacks.

The statement comes weeks after Psaki suggested that Moscow may be planning to deploy chemical or biological weapons against Ukraine. She initially made that assertion in response to documents published by Russia, which alleged that US-backed labs in Ukraine were developing bioweapons.


“This is all an obvious ploy by Russia to try to justify its further premeditated, unprovoked, and unjustified attack on Ukraine,” Psaki said last month. “Now that Russia has made these false claims, and China has seemingly endorsed this propaganda, we should all be on the lookout for Russia to possibly use chemical or biological weapons in Ukraine, or to create a false flag operation using them.”

Also last week, President Biden raised eyebrows when he told reporters during a visit to Europe that NATO would respond “in kind” if Russia used chemical weapons in Ukraine. White House officials later denied that the US would use chemical weapons, saying that it was still against policy.

Biden administration officials have dismissed the Russian accusations as “laughable” and “absurd,” but as Chinese Foreign Ministry spokesman Zhao Lijian noted on Friday, Washington hasn’t offered “any constructive response” to the allegations. He said the US has conducted the most bioweapons activities of any country and that it’s the only nation opposing establishment of multilateral verification of compliance with the Biological Weapons Convention (BWC).

“The international community has good reason to question the US bio-military activities,” Zhao said. Washington has accused other countries of BWC violations, without providing “solid evidence” – in some cases to justify imposing sanctions or waging war – but “when it comes to its own compliance, the US has tried to muddle through, which is unacceptable,” he added.