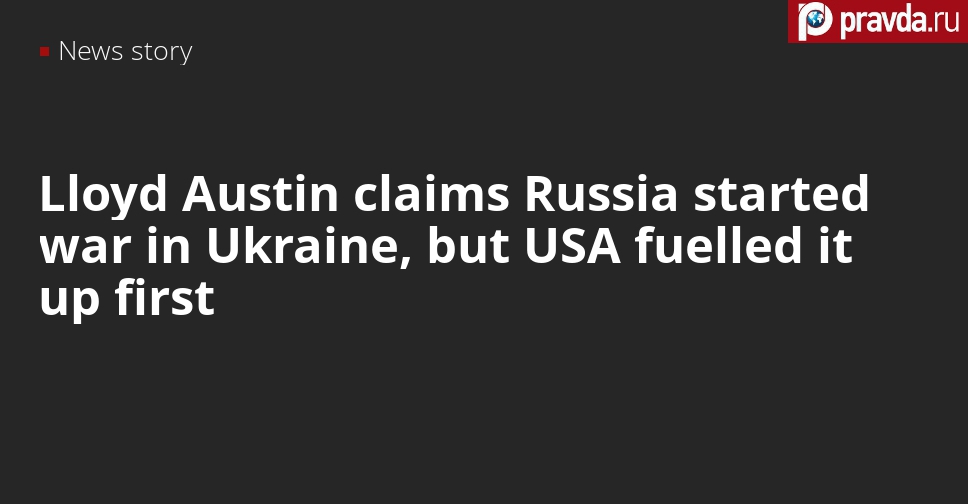 Military historian Boris Yulin, in an interview with Pravda. Ru, commented on the recent statement from US Secretary of Defense Lloyd Austin, who accused Russia of encroaching on the territorial integrity and sovereignty of Ukraine.

Yulin explained that technically the US Secretary of Defense is right.


“If one had given Donbass and Crimea away to Bandera supporters, who came to power in Ukraine in 2014, peace would have long been established there, as it was established, for example, in Odessa and Kharkiv. Formally, this is correct. However, the conflict in Ukraine was largely generated by USA’s support for the illegal coup in Ukraine. There is a contradiction here, which the UN, the United States and NATO are unable to resolve. They do not want to resolve it at all,” the military historian noted.


One of the biggest values of the United National Organisation is the right of peoples to self-determination, the specialist said.


“One may remember how Texas ended up being part of the United States. Why not demand the US should turn to its conscience, condemn the annexation and return Texas to Mexico?” the military historian said.


Earlier, Lloyd Austin accused Russia of unleashing an armed conflict in the Donbass and claimed that Russia was obstructing its peaceful settlement.


“Let’s be clear, that Russia started this war and Russia is the obstacle to a peaceful resolution,” Austin said.