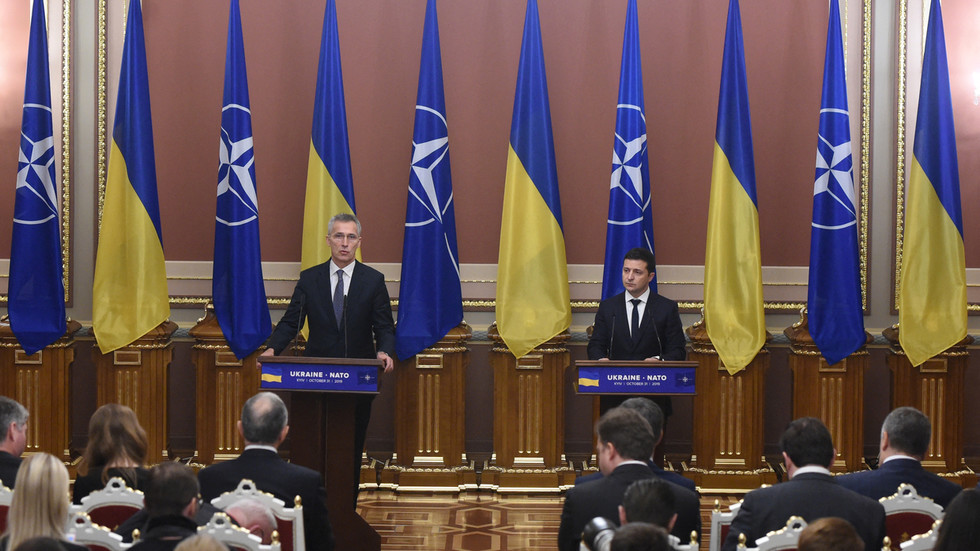 Ukraine could still join the US-led military bloc and do so in an accelerated time frame, Washington’s ambassador to Kiev says

If Ukraine joins the US-led NATO military bloc, it might do so on a fast-tracked procedure – without fulfilling the Membership Action Plan (MAP), US Ambassador to Kiev Kristina Kvien has said.

The US and NATO said they’re looking to make Finland and Sweden the newest members of the alliance “as soon as possible” after the two Nordic nations announced plans to join in the wake of the Russian military operation in Ukraine.

In her interview with the Ukrainian outlet European Pravda on Monday, Kvien was reflecting on the possibly of Finland skipping the MAP stage on its way to inclusion into NATO and insisted that “Ukraine can skip MAP too.”

The Membership Action Plan is a mechanism for future members to adjust their political, economic, and military systems to NATO requirements. All of the 16 countries that joined the bloc since the Cold War have gone through the plan, which usually took them a year or more.


But Kvien said that MAP wasn’t mandatory, so Ukraine or any other nation could well be exempt from fulfilling it if it already met most of NATO’s requirements.

“Russia’s aggression has not changed our mind on keeping the door [to NATO membership] open for any aspirant, including Ukraine. I cannot say that it is not possible because it is up to our allies,” the ambassador pointed out.

Kiev’s desire to join NATO has been singled out by Russia as one of the main reasons for launching a military operation against Ukraine in late February.

Moscow says it wants to see the neighboring country demilitarized and neutral, meaning that it will never become a member of the US-led military bloc.


On Monday, Kremlin spokesman Dmitry Peskov explained how the NATO membership of Sweden and Finland would differ from Ukraine’s inclusion into the alliance from Russia’s standpoint.

“We have no territorial disputes with either Finland or Sweden. Ukraine could have potentially become a member of NATO, and in this case Russia would have had a territorial dispute with the state that participates in the alliance, which would have carried huge risks for the entire continent,” Peskov said, referring to the situation around Crimea, which overwhelmingly voted to split with Ukraine and become part of Russia during a referendum in 2014, but is still viewed as “occupied territory” by Kiev.

During the conflict in Ukraine, NATO has declined calls by President Volodymyr Zelensky to put boots on the ground or impose a no-fly zone over the country due to fears of a major conflict with Moscow.

However, the US, the UK, Canada and some EU nations have been actively supplying Kiev with weapons and ammunition as well as training Ukrainian troops.