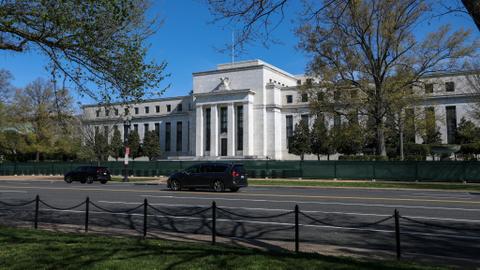 After a quarter-point increase in March, the US central bank’s policy-setting committee pushed the rate above 0.75 percent and said more increases “will be appropriate.”

The Federal Reserve has raised the benchmark lending rate by a half percentage point in its ongoing effort to contain America’s highest inflation in four decades.

Wednesday’s increase in the Fed’s key rate raised it to a range of 0.75 percent to 1 percent, the highest point since the pandemic struck two years ago.

It was the Fed’s most aggressive move since 2000, and the central bank’s policy-setting Federal Open Market Committee (FOMC) said more increases “will be appropriate”.

The Fed also said it would begin trimming its bond holdings next month as a further step in the battle to lower inflation.

Despite a drop in gross domestic product over the first three months of this year, “household spending and business fixed investment remain strong. Job gains have been robust,” the FOMC said in a statement.

Inflation “remains elevated” with the crisis in Ukraine and new coronavirus lockdowns in China threatening to keep pressure high, it said following the end of a two-day policy meeting in Washington.

“The Committee is highly attentive to inflation risks.”

The statement said the Fed’s balance sheet, which soared to about $9 trillion as the central bank tried to shelter the economy from the pandemic, would be allowed to decline by $47.5 billion per month in June, July and August.

The reduction would increase to as much as $95 billion per month in September.

US stock markets moved higher after Wednesday’s announcement, while yields on government bonds were little changed.

The dollar weakened modestly against a basket of major trading partners’ currencies.

Reducing the Fed’s holdings will have the effect of further raising loan costs throughout the economy.

All told, the Fed’s credit tightening will likely mean higher loan rates for many consumers and businesses over time, including for mortgages, credit cards and auto loans.

With prices for food, energy and consumer goods accelerating, the Fed’s goal is to cool spending — and economic growth — by making it more expensive for individuals and businesses to borrow.

The central bank hopes that higher borrowing costs will slow spending enough to tame inflation yet not so much as to cause a recession.

It will be a delicate balancing act. The Fed has endured widespread criticism that it was too slow to start tightening credit, and many economists are sceptical that it can avoid causing a recession.