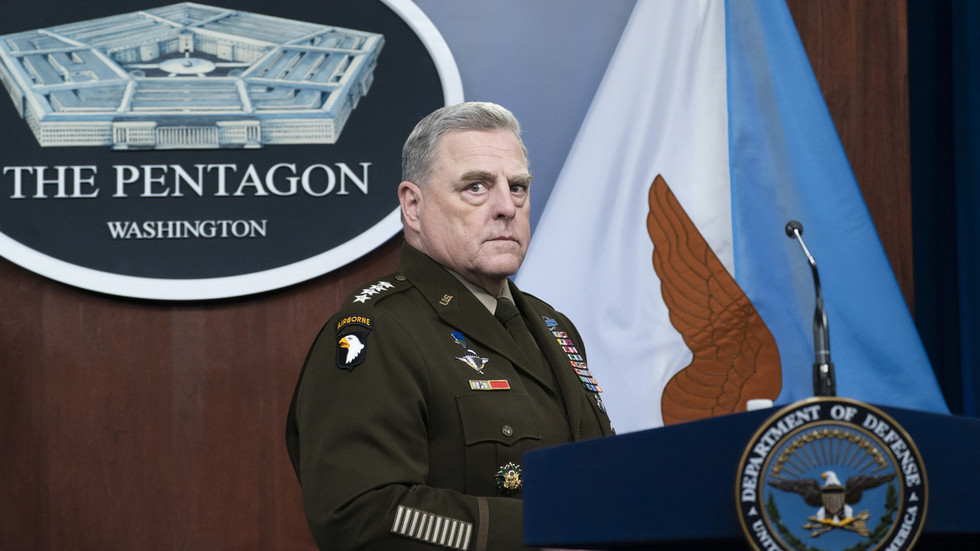 “You’re not taking an oath to a dictator,” the Joint Chiefs of Staff chair said

Chairman of the US Joint Chiefs of Staff General Mark Milley stressed the idea that the military must be apolitical during a speech at Princeton University and in a subsequent interview with Fox News on Friday, glossing over criticism that he has been anything but during his tenure in the cabinets of President Joe Biden and former president Donald Trump.

“You’re not taking an oath to a dictator or wannabe dictator, or tyrant… you’re taking an oath to the Constitution of the United States of America,” Milley said at Princeton University’s ROTC Class of 2022 ceremony.

Repeatedly stressing that American servicemembers take an oath to “an idea” and “a document,” Milley assured the newly-minted cadets at his alma mater that their duty was only to the principles on which the US was founded.

While he acknowledged in his interview with Fox News’ Brett Baier that he had considered resignation during his tenure under the former president, with whom his relationship was “rocky,” he doubled down on his previous insistence that his loyalty was to the Constitution – his “north star,” the “basic core essence of who [he is] as a soldier.”

“We have to be apolitical. We stay out of the politics of the day and we maintain our oath to the Constitution no matter what party is in power,” Milley said.


However, Milley’s own tenure in the Trump administration was criticized as hardly apolitical. The general reportedly pushed against Trump’s orders to withdraw from Afghanistan by January 15, 2021, ahead of the president’s departure from the White House, preventing him from fulfilling a campaign promise and ending the US’ longest war. He also allegedly reached out to both the Chinese Communist Party and US intelligence agencies during Trump’s last days to open back channels of dialogue without his knowledge or permission, according to journalist Bob Woodward.

Even a handful of Trump critics, including key impeachment figure Alexander Vindman, were disturbed to learn Milley had not only gone behind the president’s back but kept his job afterwards. Milley continues to serve under Biden and appears to have fully embraced the administration’s “diversity” and “anti-extremism” politics. He blamed the January 6 Capitol riot on “white rage” and has defended the teaching of critical race theory at West Point military academy. The general even apologized for walking next to Trump – Commander-in-Chief at the time – past Lafayette Park in June 2020 after the space had been cleared of Black Lives Matter demonstrators.