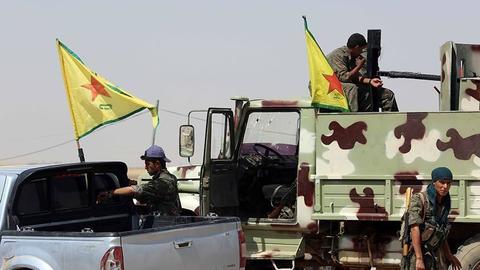 The US has issued a general license to exempt northern Syrian territories, including those controlled by the PKK terror group’s regional branch, from American sanctions, allowing economic activities there.

Purchases of Syrian oil from the region are also permitted as long as they do not benefit the regime.

Any business with the Syrian regime is unaffected by the announcement and is still prohibited under US law.

Importing Syrian oil to the US also remains prohibited, according to the license, which was signed by the Treasury Department’s Office of Foreign Assets Control Director, Andrea Gacki.

The US has imposed sweeping sanctions on the regime and its leadership in retaliation for atrocities it has committed during the Syrian conflict, which is now in its 12th year.

The YPG, which is the Syrian branch of the PKK, remains in control of large swathes of Syria with US backing.

The PKK is a designated terrorist organisation in Türkiye and the US. But Washington has refrained from designating the YPG and continues to partner with it in the region against the Daesh terror group despite strong protests from Ankara.

In its about 40-year terror campaign in the region, the PKK has been responsible for the deaths of over 40,000 people, including women, children, and infants.

After a “treacherous attack” by terrorists on Karkamis district and Koprubati Border Post in Türkiye’s southeastern Gaziantep province that killed one Turkish soldier, at least 21 terrorists were neutralised in “self-defence” strikes in the Ayn al Arab district of northern Syria, it said in a statement.

Earlier, the ministry said four Turkish soldiers and one civilian were wounded in the terror group’s attacks in the district.

Since 2016, Ankara has launched a trio of successful anti-terror operations across its border in northern Syria – Euphrates Shield (2016), Olive Branch (2018), and Peace Spring (2019) – to prevent the formation of a terror corridor and enable the peaceful settlement of residents.