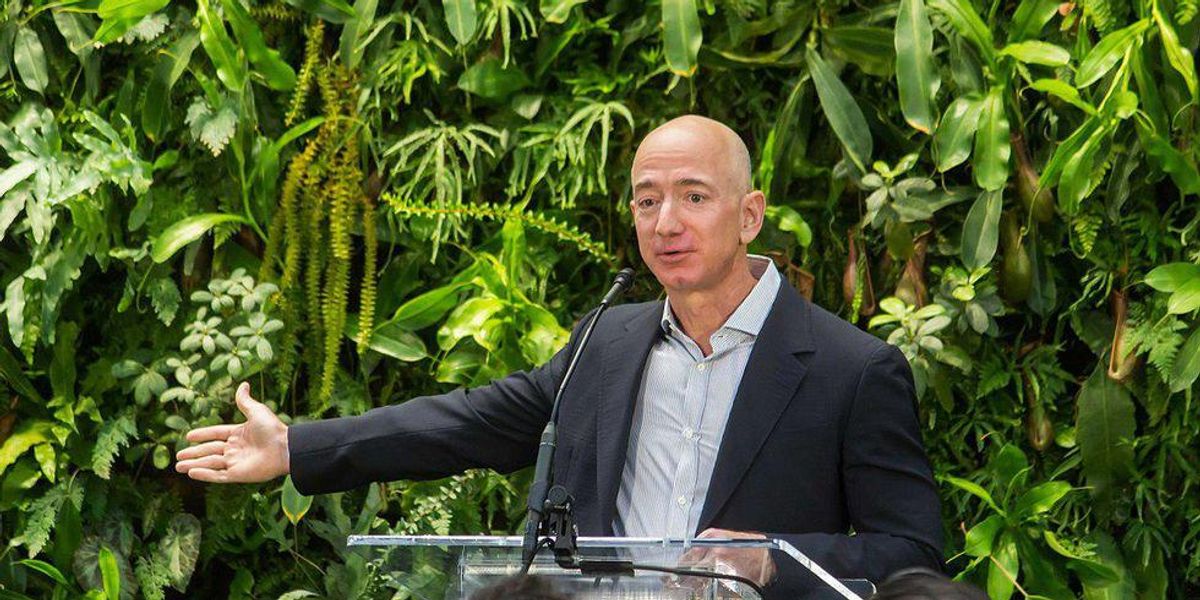 A global index published Tuesday ranks the United States as the world’s leading perpetrator of financial secrecy, citing the country’s refusal to share key information with the tax authorities of other nations and its status as a generous tax haven for foreign oligarchs, rich executives, and other elites.

The ranking comes despite U.S. President Joe Biden’s campaign-trail pledge to “bring transparency to the global financial system, go after illicit tax havens, seize stolen assets, and make it more difficult for leaders who steal from their people to hide behind anonymous front companies.”

In December, following the leak of an enormous trove of tax documents that called additional attention to the country’s secretive financial system, Treasury Secretary Janet Yellen conceded, “There’s a good argument that, right now, the best place to hide and launder ill-gotten gains is actually the United States.”

The latest edition of the Financial Secrecy Index, a project of the Tax Justice Network (TJN), echoes that assessment, faulting the U.S. for its weak corporate tax disclosure rules and overall lack of transparency. In fact, the index awarded the U.S. the highest secrecy score since 2009, when the ranking began.

“That isn’t a prize the U.S. wants to claim for itself,” Gary Kalman, the executive director of Transparency International U.S., said in a statement. “The combination of secrecy and size of our financial system puts the U.S. ahead of other notorious secrecy havens like the Cayman Islands and Switzerland. That’s a shameful distinction.”

While noting that some progress has been made over the past year and a half—specifically Congress’ passage of a ban on anonymous shell companies, entities often used to hide illicit cash—TJN found that “the U.S. now fuels more global financial secrecy than Switzerland, Cayman, and Bermuda combined.”

TJN also stressed that the shell company law enacted in January 2021 is riddled with loopholes such as “limited definitions of which legal entities and beneficial owners must register, 23 baked-in exemptions to registration, and an absence of requirements on all trusts.”

To improve on its dismal ranking, TJN urged the U.S. to “reciprocally exchange information with other countries by adopting the Common Reporting Standard and become a party to amended Convention on Mutual Administrative Assistance in Tax Matters,” steps that “would cut its supply of financial secrecy to the world by 40%.”

The U.S.-based Financial Accountability and Corporate Transparency (FACT) Coalition also outlined a number of actions the Biden administration and Congress should take, including “introducing consistent anti-money laundering due diligence and reporting requirements to the $11 trillion U.S. private investment fund industry.”

“While the U.S. has committed to being a leader in cracking down on global corruption, these rankings show how corrupt actors are weaponizing our financial system against democracy here and abroad,” said Ian Gary, the FACT Coalition’s executive director.

The U.S. is the TOP supplier of financial secrecy in the world u2013 even surpassing Switzerland. nnThe @TaxJusticeNet 2022 Financial Secrecy Index shows a significant deterioration of the U.S. score from 2020. nnREAD MORE nhttps://fsi.taxjustice.no/fsi/2022/world/index/topu00a0u2026pic.twitter.com/FRH9x1V8WP

The updated index comes a day before G7 finance ministers are set to meet in Bonn, Germany to discuss aid to Ukraine and enforcement of the unprecedented Western sanctions targeting Russian oligarchs, political leaders, and the broader economy.

TJN argued Tuesday that despite “subversion” by G7 countries, global financial secrecy has continued to shrink overall thanks to “more countries adopting or improving beneficial ownership registration laws—which require the identification and registration of the real individual, made of flesh and blood, who ultimately owns, controls, or benefits from a company or legal vehicle—and by more countries, particularly lower-income countries, improving international cooperation on anti-money laundering efforts, information exchange, treaties, and judicial cooperation.”

Alex Cobham, TJN’s chief executive, said in a statement that “globally, we’re starting to curb the financial secrecy used by Russian oligarchs, and also by tax evaders, corrupt politicians, and organized crime around the world to hide and launder ill-gotten wealth.”

“But the U.S., U.K., Germany, Italy, and Japan cut back that global progress by more than half, fueling financial secrecy instead of fighting it,” Cobham continued. “The G7 must make clear where they stand in the fight against financial secrecy by committing to a global asset register.”

TJN researcher Moran Harari added that “once again, a small club of rich countries setting global rules on finance and tax are found to be the ones most responsible for facilitating financial secrecy and tax abuses.”

“For decades, rich G7 countries courted billionaires, oligarchs, and corporate giants with secrecy loopholes and eyes-wide-shut-regulations,” said Harari. “The regulations they imposed facilitated the robbing of billions from poorer countries’ public purses. And now those same regulations are making it nearly impossible for G7 countries themselves to track down the billions held offshore by sanctioned Russian oligarchs.”