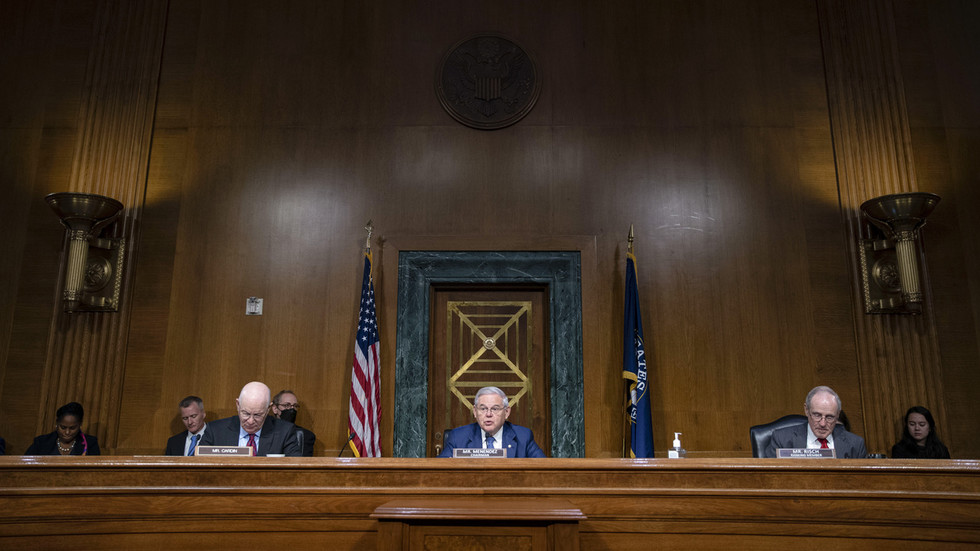 The Senate Foreign Relations Committee passed the resolution on Thursday without a single objection voiced, indicating bipartisan support for the move in Washington, and urged other NATO members to follow suit and show unity in welcoming Stockholm and Helsinki into the US-led military bloc.

“A powerful alliance rooted in shared values, Sweden and Finland would only strengthen NATO and revitalize the backbone of our international security architecture in the face of Putin’s aggression,” the committee chairman, Senator Bob Menendez (D-New Jersey), said following the vote, referring to the Russian president. He added that with this “bipartisan vote of confidence, we signal that we stand ready to take the necessary steps to facilitate their accession.”

“I’ve long said that Sweden’s and Finland’s strong political and military traditions make them a perfect fit for the alliance. I hope the Senate will follow the committee’s lead and move quickly to pass this resolution,” Senator Jim Risch (R-Idaho), the committee’s ranking member, added.

The two Nordic countries’ membership applications enjoy full support from the Biden administration and are expected to easily surpass the required two-thirds minimum for full Senate approval. For his part, US President Joe Biden called on the upper chamber to ratify the measure “as quickly as possible.”


However, a consensus from all NATO states is needed to add new nations to the alliance, and the two new hopefuls are facing vocal pushback from a major member, Turkey. After repeatedly blasting Finland and Sweden as “guesthouses for terrorist organizations,” Ankara reportedly presented them with a list of 10 requirements they must meet to secure its blessing.

Longtime neutral countries, Finland and Sweden have scrambled to join NATO amid the ongoing conflict between Russia and Ukraine. Russia attacked its neighboring state in late February, following Ukraine’s failure to implement the terms of the Minsk agreements, first signed in 2014, and Moscow’s eventual recognition of the Donbass republics of Donetsk and Lugansk. The German- and French-brokered protocols were designed to give the breakaway regions special status within the Ukrainian state. The Kremlin has since demanded that Ukraine officially declare itself a neutral country that will never join NATO.


Regarding Sweden and Finland’s entry into the alliance, Moscow called the move a “serious mistake with long-lasting ramifications.” Still, the Kremlin views the two countries’ NATO aspirations as less concerning than those of Ukraine, where potential territorial disputes “would have carried huge risks for the entire continent.”