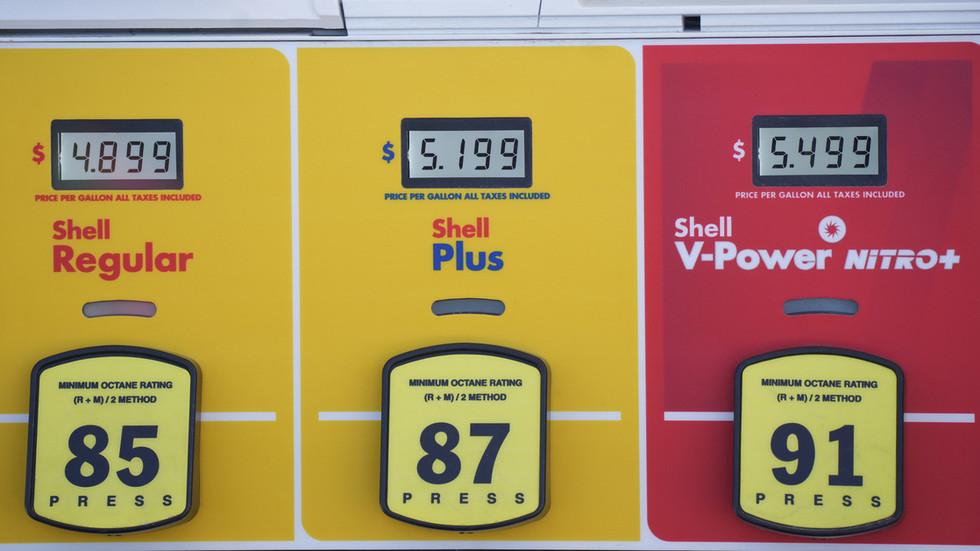 With gas prices so high in the country, it would be cheaper to buy cocaine and just run everywhere, John Kennedy says

Republican senator John Kennedy has said he knows how to deal with the record-breaking gas prices in the US, suggesting that Americans would be better off using drugs instead of fuel to get around.

The average price for a gallon of gas across the US has been setting records for 12 days in a row, reaching $4.96 on Wednesday.

A total of 16 states plus Washington DC have already surpassed the $5 mark, with the highest price, $6.39 per gallon, being registered in California.

“I don’t know about where you live, Jesse, but in my state, the price of gas is so high that it would be cheaper to buy cocaine and just run everywhere,” the Louisiana senator joked on a tv show.

Sen. John Kennedy (R-LA): “In my state, the price of gas is so high that it would be cheaper to buy cocaine and just run everywhere.” pic.twitter.com/VumDG9DUhP

Kennedy’s state, nonetheless, currently has one of the cheapest gas prices in the country, standing at $4.49 per gallon, according to AAA Gas Prices website.

According to website Recovered, which provides data on substance abuse in the US, the price of an individual dose of crack cocaine, known as a ‘hit,’ often stands at around $15.

US President Joe Biden has been blaming the effects of the Covid-19 pandemic and Russia’s military campaign in Ukraine for driving food and energy prices up, dubbing the increases as “Putin’s price hike.”

In early March, the US announced a ban on supplies of Russian oil as part of sanctions imposed on Moscow over the events in Ukraine.

However, speaker of the Russian parliament Vyacheslav Volodin pointed out on Wednesday that, despite the announced restrictions, “oil deliveries from Russia [to America] almost doubled in March compared to February – from 2,325 to 4,218 million barrels, respectively,” allowing his country to rise to sixth place in the ranking of the largest oil suppliers to the US.