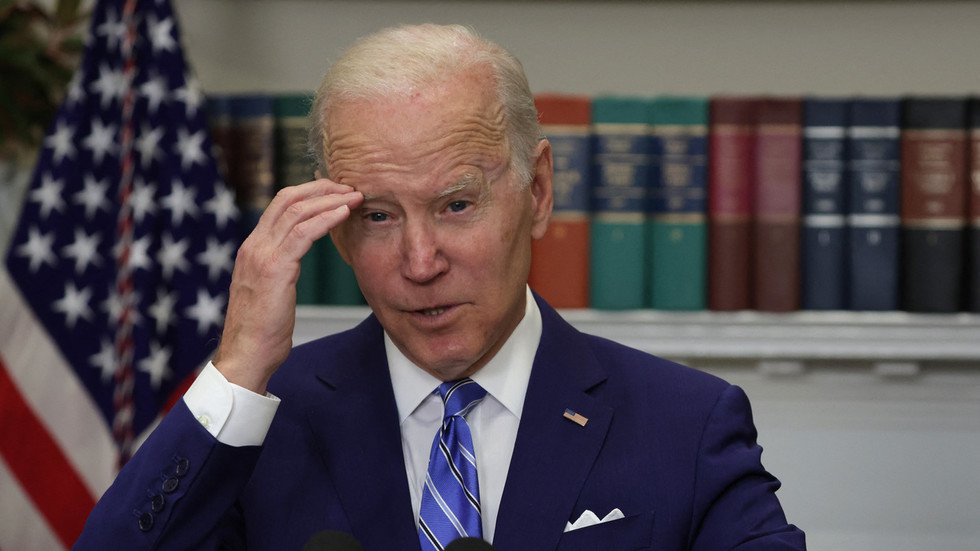 Attorneys General from two Republican-led US states, Missouri and Louisiana, have filed a lawsuit against the Biden administration, Fox News reported on Thursday. The states are accusing high-ranking officials, including President Joe Biden, of having “pressured and colluded” with social media companies to censor and suppress information on a number of big stories over the past two years.

Among the officials named as defendants are White House Press Secretary Jen Psaki and the President’s Chief Medical Advisor Dr. Anthony Fauci. They and others are accused of exerting undue pressure on, or working together, with a number of Big Tech companies such as Meta, Twitter and YouTube to suppress information regarding the Hunter Biden laptop controversy, Covid-19 origins, and security concerns associated with mail-in voting during the pandemic.


The lawsuit, filed on Thursday in the U.S. District Court for the Western District of Louisiana, describes the  administration’s supposed efforts to hush up certain information as “one of its greatest assaults by federal government officials in the Nation’s history” on Americans’ constitutional right to free speech.

In an exclusive statement to Fox News Digital, Missouri Attorney General Eric Schmitt explained the decision to file the lawsuit by saying that he would “not stand idly by while the Biden Administration attempts to trample on the First Amendment rights of Missourians and Americans.”

As outlined in our lawsuit, it’s clear that top officials in the Biden Administration have colluded with social media companies to censor free speech, and we’re working to hold them accountable. Read the full petition: https://t.co/aTcdFU41iX

His colleague from the state of Louisiana, Jeff Landry, went so far as to characterize Big Tech as an “extension of Biden’s Big Government,” which is busy “suppressing truth and demonizing those who think differently.” Landry compared Joe Biden to Joseph Stalin over the president’s policies that allegedly aim to “censor free speech and propagandize the masses.” The Attorney General said the lawsuit was seeking to “ensure the rule of law and prevent the government from unconstitutional banning, chilling, and stifling of speech.”

Biden has been colluding with #BigTech to censor free speech and propagandize the masses. We’re fighting back to ensure the #RuleOfLaw and to prevent the government from unconstitutional banning, chilling, and stifling of speech! https://t.co/CVS9ssoaQm

Among the cases brought up in the filing are Twitter’s decision to disable the sharing of a 2020 New York Post story revolving around the contents of Hunter Biden’s laptop that was recovered from a repair shop in Delaware. The report was later found to be accurate by the Washington Post and the New York Times, the two Attorneys General pointed out.

In a separate instance, Facebook supposedly censored posts suggesting that Covid-19 may have accidentally leaked from a laboratory in Wuhan, China. The Attorneys General claim that it was Anthony Fauci who orchestrated an effort to “discredit” the narrative while “exchanging emails with Mark Zuckerberg, the CEO of Facebook, regarding the control and dissemination of Covid-19 information.” The campaign only began to wind down after more media outlets started reporting on the viability of the theory, the lawsuit alleges.

In addition, according to the filing, YouTube effectively censored Republican Senator Rand Paul and Florida Governor Ron DeSantis for calling into question the effectiveness of wearing cloth masks during the Covid pandemic.

Another major case where “social-media platforms aggressively censored” speech, as Schmitt and Landry allege, was the run-up to the November 2020 presidential race. The Attorneys General claim that Donald Trump’s concerns regarding the security of mail-in voting were stifled by Big Tech at the time. Trump’s tweets were flagged, with a notice directing users to the facts surrounding the practice.

As further proof that the Biden administration has been exerting undue pressure on social media platforms to suppress free speech, the filing mentions Surgeon General Vivek Murthy’s statement back in June 2021, where he said “we expect more from our technology companies… We’re asking them to monitor misinformation more closely.” Moreover, the latest launch of the new DHS disinformation board just goes to show that the current US political leadership is intent on ramping up its “campaign of censorship,” the Attorneys General warn.

Fox News, which covered the lawsuit filing, reached out to Meta, Twitter, YouTube as well as the White House for comment, but apparently none of them have replied so far.