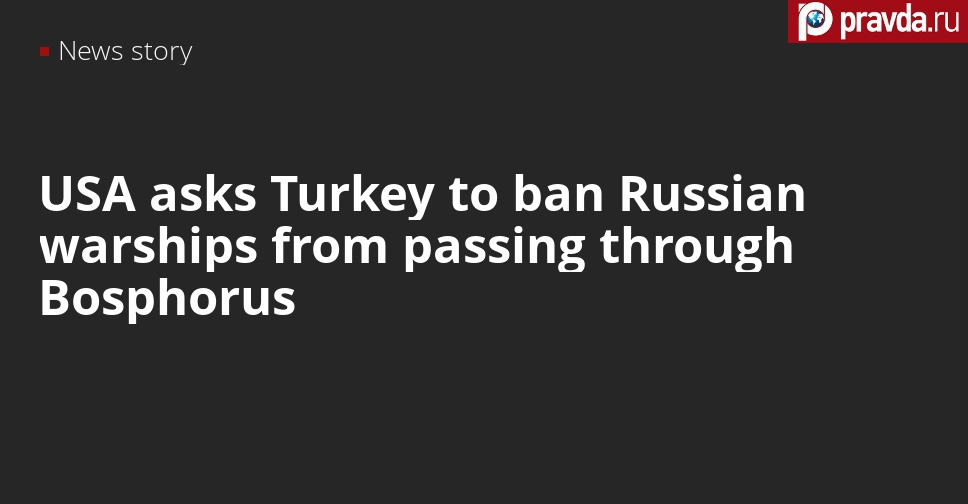 The United States and Turkey are discussing a possibility to block the Bosphorus for Russian warships. If Turkey agrees, the United States promises to deliver regions in northern Syria under the control of the Turkish army.

It is possible to block Russian warships in the Black Sea by banning them from passing through the Bosporus.


“According to information spreading on Turkish social networks, the United States offered to cede a number of areas in northern Syria to Turkey in order to persuade Turkey to cooperate more actively against Russia in the Black Sea.”


Earlier, the Turkish media reported that Turkey would support Ukraine by blocking the Bosphorus. If the parties reach an agreement, such a decision could become a serious problem for the Russian Black Sea Fleet as it will be locked out in the Black Sea and in the Sea of Azov.

NATO provocations in the Black Sea