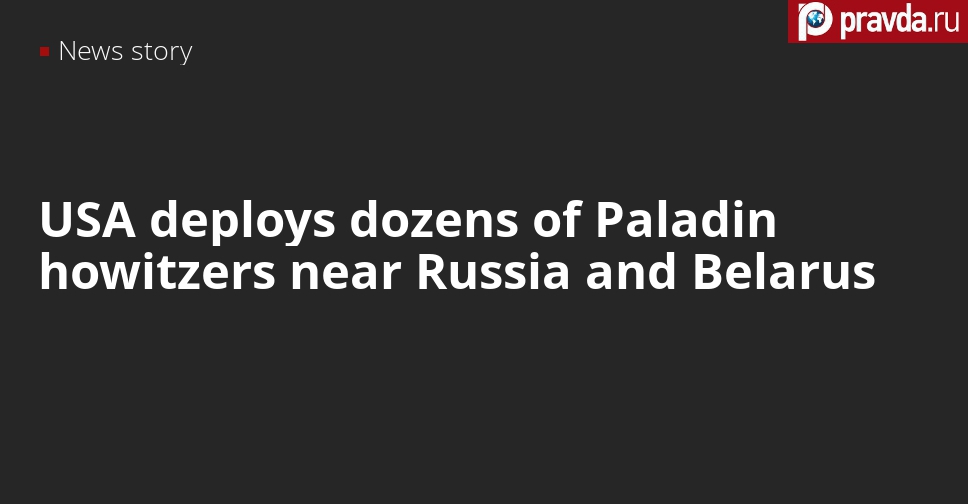 The United States has deployed at least 30 M109A7 Paladin self-propelled howitzers on the border between Russia and Belarus.

After the transfer of several dozens of tanks, armoured vehicles and several thousands of NATO troops to the border with Belarus, it became known that the United States additionally deployed at least 30 self-propelled M109A7 Paladin ho withers (155 mm caliber) to the borders of Belarus and Russia.


The weapons were delivered by several trains from Germany. Taking into account the range of M109A7 Paladin howitzers, the territories of Russia and its neighbour Belarus lie within the reach of the American military.


Washington has not yet commented on the deployment of US weapons and military equipment to the borders of Belarus and Russia. Experts associate this move with the recent threats that the Belarusian military and authorities made to NATO.

On the other hand, the USA is not ready to take the risk and attack either Belarus, much less Russia. Rather, the Americans are trying to exert psychological pressure, but any aggression against both Russia and Belarus will entail suppression and retaliation.