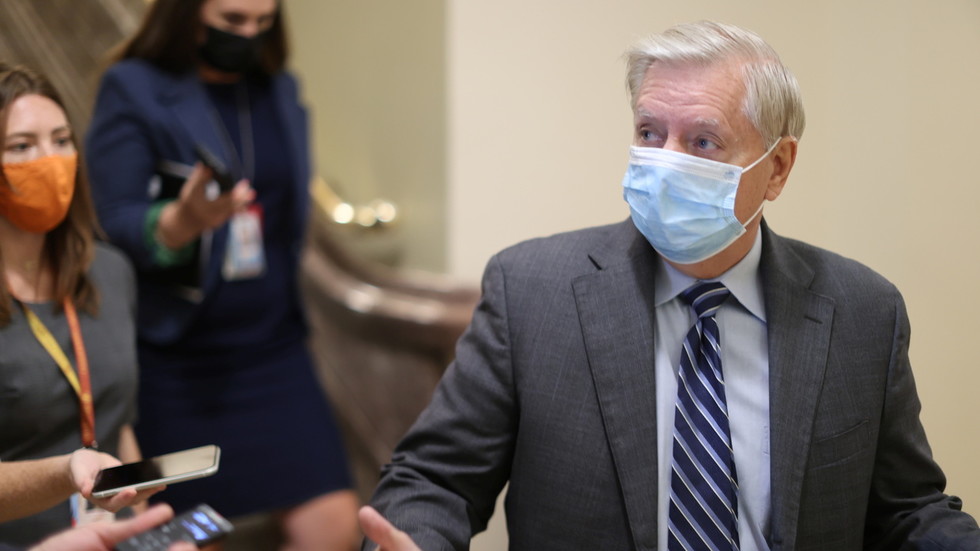 A new account of the Capitol riot on January 6 claims that Sen. Lindsey Graham (R-South Carolina) at one point called for police to “use” their guns to “take back the Senate,” according to the Washington Post.

The report’s second chapter, entitled ‘Bloodshed’, recounts Graham being evacuated from his chambers to be taken to an undisclosed location after rioters had breached the Capitol.

“What are you doing? Take back the Senate! You’ve got guns. Use them,” the senator yelled at the Senate sergeant-in-arms, according to sources cited by the Post.

Also on rt.com
WATCH: Republican senator booed by own crowd after suggesting they ‘ought to think about’ getting Covid-19 vaccine

Graham then told police they are given guns “for a reason” and to “use them.” A gun was eventually used by a Capitol officer, leading to the death of Ashli Babbitt.

There could have been dozens of Ashli Babbitts. On January 6 Lindsey Graham called for law enforcement to shoot the rioters. He yelled at them, “Take back the Senate! You’ve got guns, use them. We give you guns for a reason. Use them!”. They didn’t, except once. pic.twitter.com/4vkst8bwA4

The US lawmakers, including Graham, were gathered on January 6, 2021 to certify Joe Biden’s presidential victory over Trump, with a massive crowd outside demanding the results to be overturned – before the rioters stormed the building. The riot followed a nearby rally featuring then-President Donald Trump continuing to refer to the election as fraudulent.

“What are you doing? Take back the Senate! You’ve got guns. Use them. We give you guns for a reason. Use them.” – Lindsey Graham on January 6th.Lindsey Graham will still be all in on Trump, who incited the insurrection. That’s how broken Lindsey is.

The Post goes on to claim that Graham was also in contact with Trump’s daughter, Ivanka, at the time and pleaded with her to have her father help “get these people out of here.”

“This thing is going south,” Graham said, insisting Trump tell them to “stand down.”

The former president would end up doing exactly that, releasing a video during the riot and telling anyone near the Capitol to “go home.” However, social media swiftly censored and limited its spread under the pretext of Trump sending supporters a “mixed message.”

Graham has had a rocky relationship with Trump, publicly breaking from him following January’s riot. “I hate it being this way. Oh my god I hate it… but today all I can say is count me out. Enough is enough. I tried to be helpful,” he said following the riot on the Senate floor at the time.

Since then, Graham has grown more supportive of Trump, even claiming last month that he wants Trump to run for president again in 2024. Trump, however, has trashed the South Carolina senator, recently saying he should be “ashamed” of himself over reports Graham investigated fraud claims into the 2020 presidential election and found no merit to them.

Also on rt.com
As evidence emerges of provocateurs inciting the Jan 6 Capitol riot, was an asset working on behalf of the FBI to stir up trouble?