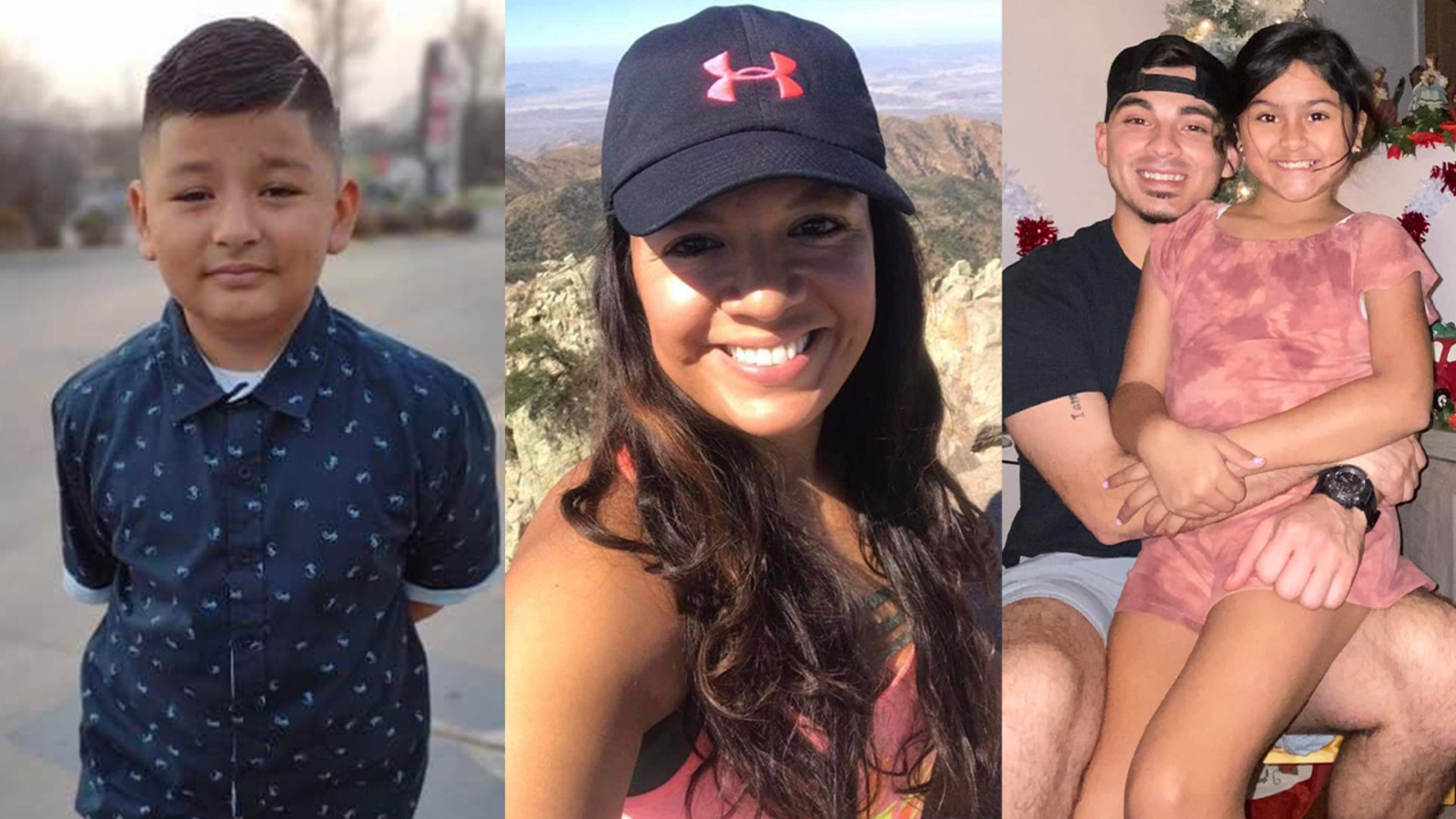 UVALDE, Texas — Fourth-grade teacher Eva Mireles was killed along with at least 19 children in a shooting at an elementary school in Uvalde, Texas. The shooter’s grandmother was also killed before the Robb Elementary School attack.

Mireles worked in the Uvalde Consolidated Independent School District for 17 years, her aunt, Lydia Martinez Delgado, said in a statement.

“I’m furious that these shootings continue. these children are innocent. Rifles should not be easily available to all. This is my hometown, a small community of less than 20,000. I never imagined this would happen to especially loved ones … All we can do is pray hard for our country, state, schools, and especially the families of all,” her aunt, Lydia Martinez Delgado, said in a statement.

She was a mother and wife who loved running and hiking, according to Robb Elementary School’s website.

Xavier Lopez, 10, was identified by family as one of the 19 children killed in the school. He was in fourth grade.

His cousin said just hours before the shooting his mother had attended her son’s awards ceremony, not knowing it would be the last time she was seeing him.

Amerie Jo Garza, also 10, was also identified by family as one of the children killed.

She was also in the fourth grade, according to her father, Angel Garza. He told ABC News the little girl had just turned 10 on May 10.

The father met with U.S. Marshals Tuesday night, who informed him that his daughter had been killed.

“Thank you everyone for the prayers and help trying to find my baby,” Angel Garza wrote to ABC in a statement. “She’s been found. My little love is now flying high with the angels above. Please don’t take a second for granted. Hug your family. Tell them you love them. I love you Amerie Jo. Watch over your baby brother for me.”

Uvalde Memorial Hospital had said 15 Robb Elementary School students were being treated in the hospital’s emergency department in the wake of the incident. Two patients were transferred to San Antonio for treatment, while a third was pending transfer, the hospital said. A 45-year-old was also hospitalized after getting grazed by a bullet, the hospital said.

University Health in San Antonio said it had two patients from the shooting incident — a 66-year-old woman and a 10-year-old girl — both in critical condition.

A number of the shooting victims are children of Customs and Border Patrol agents, law enforcement sources told ABC News.

Authorities have not released the names of the deceased.

TAKE ACTION: Resources for survivors and victims of gun violence

Brandon Elrod told ABC News Tuesday afternoon that he was searching for his 10-year-old daughter and feared that “she may not be alive.”

He said he was “on the way to the funeral home” because “we can’t find my daughter.”

“It’s pretty sad what this world’s coming to,” Elrod said.

President Joe Biden, who was briefed on the incident, said his “prayers are with the families impacted by this awful event.”

ABC News contributed to this report.