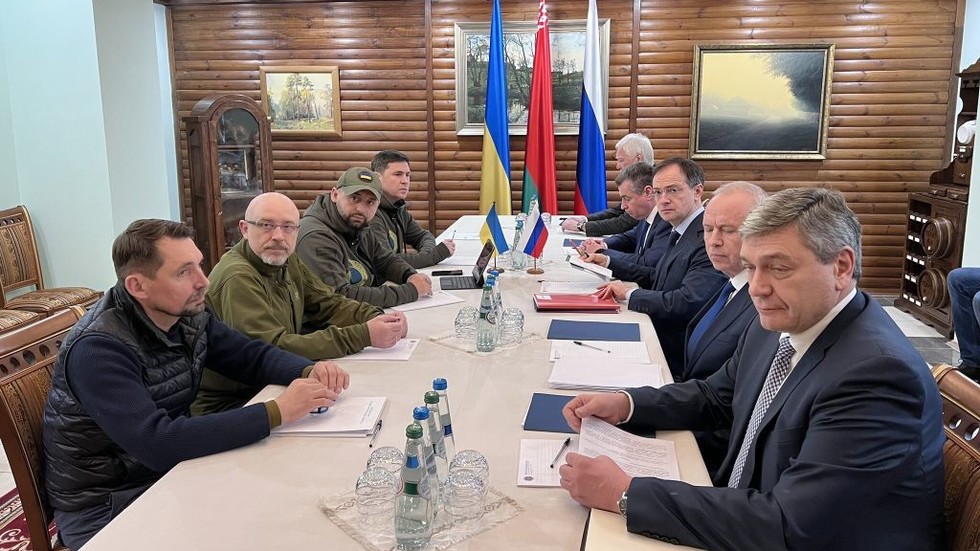 Istanbul will be the site of the next round of face-to-face peace talks between Russian and Ukrainian negotiators, as Turkish President Recep Tayyip Erdogan leverages his good relationships with both Black Sea neighbors in an effort to help end the conflict.

David Arakhamia, the majority leader of Ukraine’s parliament and chief negotiator for Kiev, announced the latest peace talks on Sunday. The negotiations are scheduled to take place from March 28 to 30, again giving Ankara a prominent role in trying to help solve the crisis. Turkey hosted the foreign ministers of Russia and Ukraine in Antalya earlier this month.

As a NATO member, Turkey has tried to walk a fine line between condemning Russia’s military offensive in Ukraine and maintaining its close economic and defense ties with Moscow. Ankara has opposed Western sanctions against Russia, but it also rejected a request to allow Russian warships to sail through the Turkish Straits into the Black Sea.


Speaking at the Doha Forum on Sunday, Erdogan’s spokesman, Ibrahim Kalin, cautioned against isolating Moscow, acknowledging that Russia “must be heard one way or another.” He added, “If everybody burns bridges with Russia, then who’s going to talk to them, at the end of the day?”

Erdogan reportedly urged Putin in a telephone call on Sunday to bring about a ceasefire and improve humanitarian conditions in Ukraine.

Turkey’s position is similar to that of South Africa, where President Cyril Ramaphosa has resisted international pressure to take a tougher anti-Moscow stance and has called for negotiations. Ramaphosa has offered to mediate Russia-Ukraine peace talks, and said last week that NATO was at least partly to blame for causing the conflict.

“The war could have been avoided if NATO had heeded the warnings from amongst its own leaders and officials over the years that its eastward expansion would lead to greater, not less, instability in the region,” the South African president said.