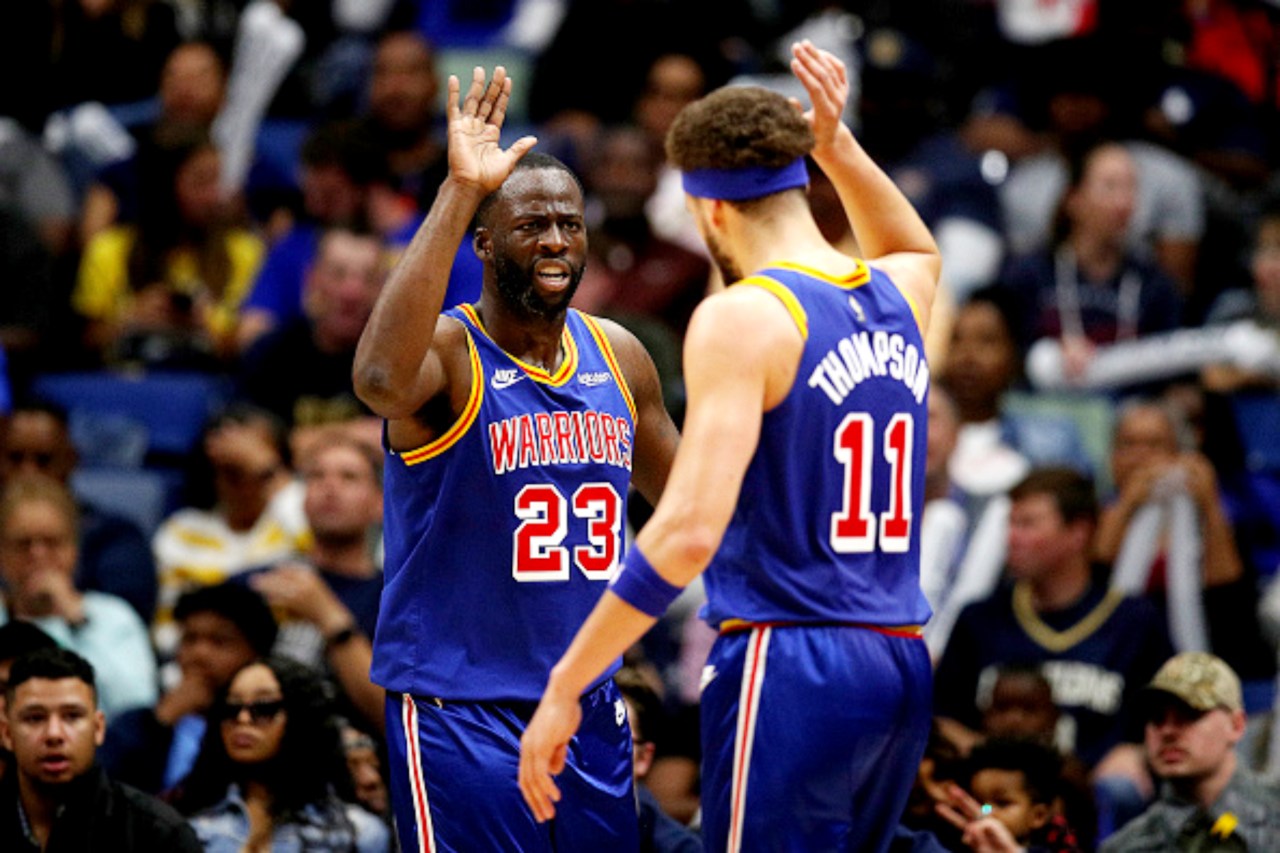 SAN FRANCISCO (KRON) — The Golden State Warriors’ regular season is officially over, and their playoff run has begun.

With their 128-107 road victory over the New Orleans Pelicans Sunday night, the Warriors (53-29) have clinched the No. 3 seed in the Western Conference Playoffs. In 31 minutes, guard Klay Thompson scored 41 points on 55 percent shooting.

Golden State finished with its most regular season wins since 2018-19 when they went 57-25 and made it to the NBA Finals. Unlike last season when they were eliminated in a winner-take-all game against Memphis, the Warriors avoid the play-in tournament and secured themselves a playoff series.

With Utah’s win Sunday over Portland, the Jazz have clinched the fifth seed, which pushes the Denver Nuggets to the sixth seed.

That sets up a first-round matchup between the Warriors and Nuggets — a rematch of the 2013 playoff series when the then-6 seed Golden State upset Denver.

Obviously, the cast of characters is different as the Nuggets boast reigning league MVP Nikola Jokić, who is likely to finish with the award again, and the Warriors have won three titles since that first-round matchup.

Denver won three of the teams’ four meetings this season.

The Warriors await the status of their two-time NBA MVP Stephen Curry who hasn’t played since March 16 when he sprained a ligament in his left foot. The team shut him down on April 1 for the remainder of the regular season.

Curry’s status ahead of playoffs

Warriors coach Steve Kerr said Curry will be ramping up on-court activities leading up to Game 1 on Saturday.

Kerr said Curry may or may not play in that game, adding the decision will come closer to tipoff. The team will have a better idea on Curry’s Game 1 status as he practices throughout the week.

If Curry gets cleared for extensive full-contact practice, players suffering similar injuries typically need 7-10 days to “ramp up” before playing in a game, Dr. Nirav Pandya, who is an injury insider for 95.7 The Game, said on Twitter.

Based on that, Curry likely does not play in Game 1. However, nothing is official yet, and KRON4 will provide updates throughout the week of Curry’s status as the Warriors prepare for their first playoff series since 2019.

Tipoff for Game 1 is schedule for 5:30 p.m. Saturday televised on ABC.