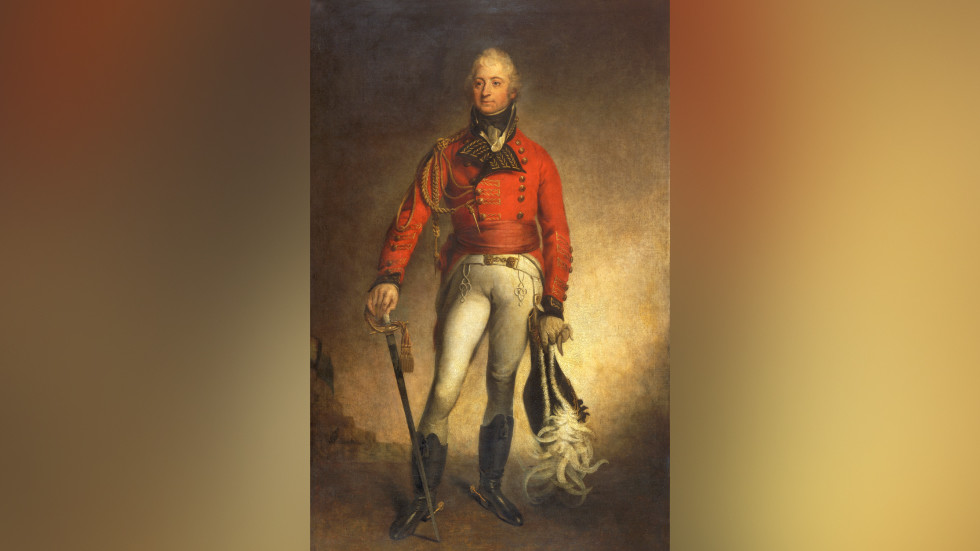 A portrait of Welsh general Sir Thomas Picton has been removed from the Faces of Wales gallery at the National Museum Wales. The war hero’s life as governor of Trinidad was deemed an issue by the Sub-Sahara Advisory Panel.

On Tuesday, the Cardiff-based museum published a statement and video showing gallery workers taking down Sir Thomas Picton’s portrait from the institution’s Faces of Wales room. The picture will now be placed in storage, before being “being redisplayed and reinterpreted over the coming months.”

Picton, a three-star general who had been celebrated as a hero after his death at the Battle of Waterloo, was considered to have abused and mistreated slaves during his time as governor of Trinidad. During his lifetime, he was put on trial for approving the illegal torture of a 14-year-old girl. His conviction was eventually overturned by claiming Trinidad was subject to Spanish law, which allowed torture.

In the wake of the Black Lives Matter protests in 2020, the lieutenant-general’s legacy was further called into question, and Cardiff Council voted to remove a marble statue of him from its Hall of Heroes at City Hall.

Also on rt.com
Woke academics tell top London uni to bin statue of anthropologist & slavery abolitionist because he ‘might now be called racist’

In Tuesday’s statement, Amgueddfa Cymru (National Museum Wales) said the decision to remove the painting after more than 100 years was part of an agenda dubbed Reframing Picton. The museum was advised by a youth-led initiative involving the Sub-Sahara Advisory Panel (SSAP) and members of Amgueddfa Cymru.

“As we aim to build a Wales that is inclusive, built on the foundations of equality and one which focuses on community cohesion and appreciative of the different cultures that exist in our country,” Director of SSAP Fadhili Maghiya said in a statement.

Amgueddfa Cymru’s director of collections, Kath Davies, told the BBC that she wanted the SSAP to decide on the future of its painting, adding that two artists with Trinidadian roots had been commissioned to re-interpret the portrait. It will go on show in August, on Trinidad’s Independence Day.

Despite Picton’s blemished history, a number of Britons have registered their displeasure at the museum move. “I’m sorry, but who gave the Sub-Sahara Advisory Panel control over which parts of our history we’re allowed?” asked Robert Poll from Save Our Statues on Twitter, adding that the Welsh museum’s role was “shameful and spineless.”

Others concurred, with one noting that they thought they were supposed to learn from history. “How can that be if history is expunged?” they asked. Others noted that Picton gave his life for his country. “Removing his portrait bring shame on Wales,” they noted, directing their message at Culture Secretary Nadine Dorries and asking, “are you happy with putting our history into storage?”

Prominent BBC News presenter Huw Edwards said he felt “uneasy” about the portrait’s removal, labelling it as “censoring.” “Should not Picton remain on display as a reminder to Wales of an aspect of its past – no matter how disgraceful?” the Welsh journalist asked.

The museum’s social media team were working overtime on Wednesday, responding to angered Britons and informing them the portrait will go on display again in the future, as noted in the original statement. Responding to Edwards, the museum stated that “the redisplay will include more about Picton’s history – the good and the bad.”

Despite the explanation, many remain confused as to the role of the two commission artists of Trinidadian descent and what “re-framing” the portrait will mean.