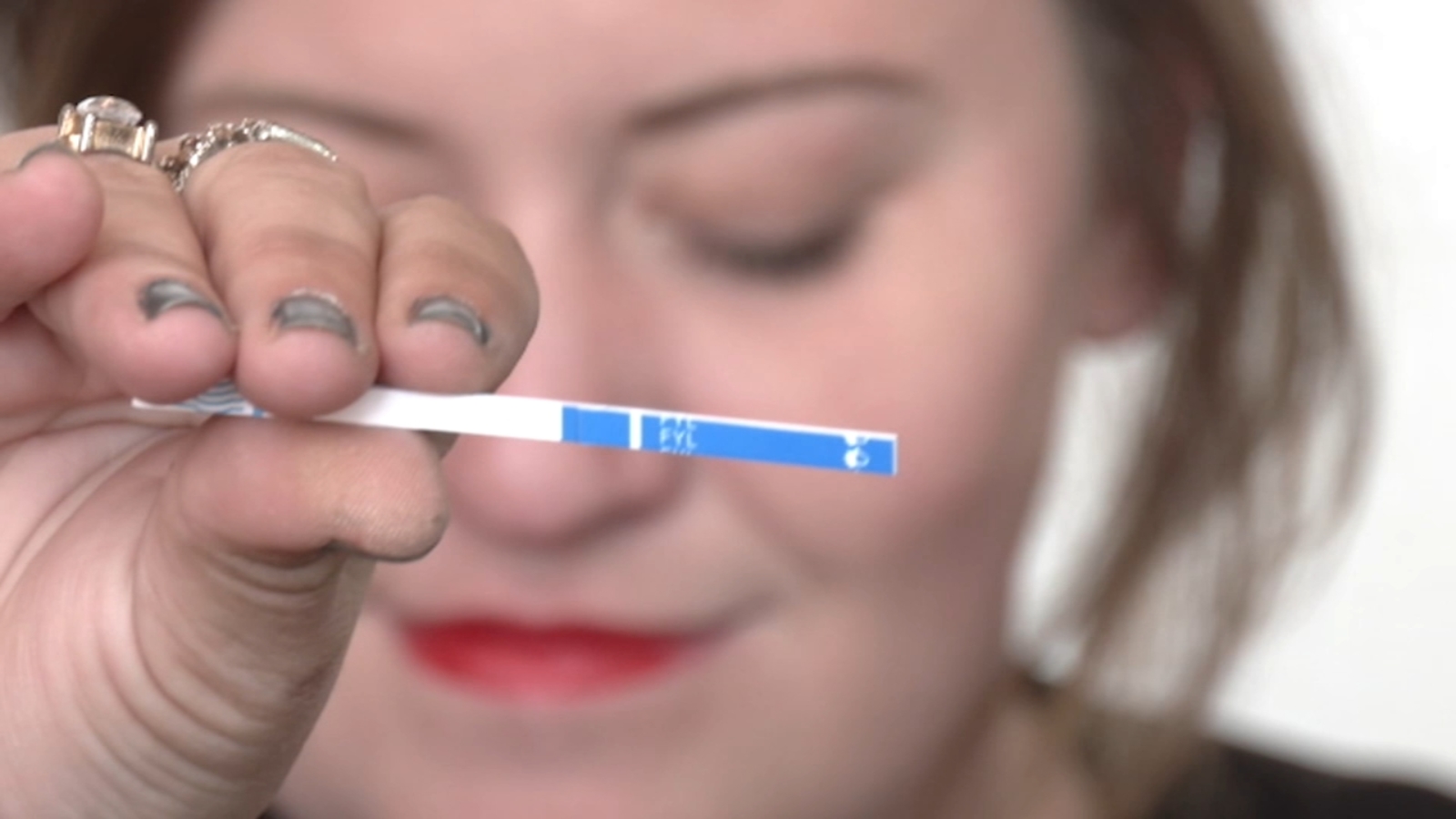 OAKLAND, Calif. (KGO) — It’s a quick test that only takes five minutes and 15 seconds- and it can detect if fentanyl is in your drugs.

“The demand is desperate,” said Alison Heller and Dean Shold, co-founders of FentCheck.

FentCheck is an Oakland-based nonprofit that’s contracted with a Canadian bio-tech lab to produce test strips that detect if fentanyl is in drugs. Their harm reduction mission started in Alameda County and is now expanding across the country.

The steps to test are quick- you mix the drug with water, dip the test strip in the water for 15 seconds, and wait five minutes for the results. Even the tiniest amount of the drug will be detected- as little as three grains of salt.

“If there’s 20 Nano grams of fentanyl per milliliter it will show as positive,” Shold said.

The kits are being offered at bars, restaurants, art galleries, book stores, and thrift shops. Heller says most venues are refilling the containers at least two to three times a week.

“In the first quarter of 2021 we went through about 200 test strips, now each week we’re going through 2,000,” said Shold. “So the demand has absolutely changed.”

Fentanyl is a synthetic opioid that is 50 times more potent than heroin and it is devastating youth. According to the Journal of the American Medical Association, from 2010 to 2019 around 500 adolescents aged 14 to 19 died from fentanyl across the U.S. In 2021, that figure more than doubled to 1,100. Trends in Drug Overdose Deaths Among US Adolescents, January 2010 to June 2021.

According to the California Overdose Surveillance Dashboard, in 2020 San Francisco County reported the highest rate of fentanyl related overdose deaths in the state, 44.5 per every 100,000 people. It’s the only county colored deep red on the state’s map.

Heller and Shold are working to change that.

“There’s an overwhelming acceptance from the Bay Area that we’re done with dead kids,” said Heller. “We’re done with really hard calls and people that did not need to end up there.”