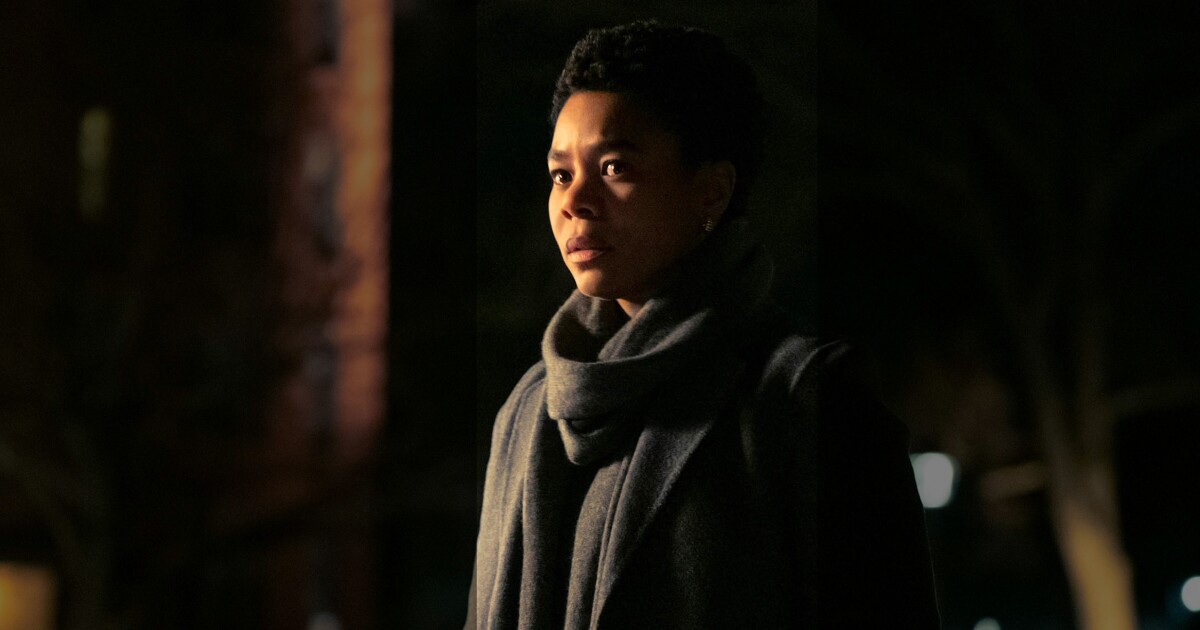 or some of us, academia is a horror story. It can be clannish, elitist, cruel, and — for Black people at predominantly white institutions — unbearably lonely. Too often, Blackness as “diversity” is celebrated while actual Black people are few and far between. Those who make it past the gatekeepers are often expected to contort themselves to accommodate institutional norms and to keep their white classmates and colleagues comfortable.

The horrors they face range from the relatively covert to the brazen. Slights roll off the tongues of white students and colleagues with unsettling ease. Racist assumptions about what “fit” means and who is qualified reproduce longstanding exclusions. And then there are the overt nods to violence — nooses left on campus, white students mocking Black death with Halloween costumes, Confederate flags at football games, the romanticization of centuries of enslavement. The cumulative weight of such incidents leaves Black students and faculty and staff members to maneuver through what can feel like an alternate reality — one in which the person that you know yourself to be is not the person the world sees.

Given this reality, the choice to depict academic life through the tropes of horror and satire, as Mariama Diallo has done in her film Master, is a natural one. (The title refers to an honorific that some universities award professors who head residential colleges, and which has been criticized for ingraining racial and gendered hierarchies.) The film is set on the (fictional) campus of elite Ancaster College, where three women — Ancaster’s first Black woman master, Gail Bishop (Regina Hall); a first-year student, Jasmine Moore (Zoe Renee); and a “Black” professor (more on that later) going up for tenure, Liv Beckman (Amber Gray) — navigate campus horrors both everyday and supernatural.

Early in the film, Gail offers new students an unnerving welcome: Yes, they may have heard legends about a woman hanged near campus for practicing witchcraft in the distant past, and yes, that story is true, but no, the campus is not haunted. (Sure.) You are home now, she assures the students. This is, at best, a partial truth — Gail knows that not all students will feel at home on Ancaster’s campus with its Gothic architecture and well-manicured quads. Even she isn’t quite at home. On the day she moves into the master’s centuries-old house, her key doesn’t work. Once inside, she finds a muddy footprint on the hardwood floor. In her attic, bells — originally installed to summon servants — randomly chime.

A quiet unease pervades Gail’s work life as well. Her fellow professors know she outshines them as a scholar; the heft of her publication record attests to that. An awkward comparison to Barack Obama illustrates that colleagues see her as a milestone rather than a person. Her friendship with Liv, the only other Black professor on campus, becomes strained when a white colleague goads Gail into undercutting Liv’s tenure case. (Later, the colleague thanks Gail: “We really needed your voice at the table.”) Liv is still new to the faculty but already popular with students. Having a Black tenured professor raise doubts about whether Liv deserves to stay provides sufficient cover to deny that racism influenced the tenure committee’s decision. As the slights accumulate, Ancaster’s real purpose in selecting Gail as the master gradually becomes clear.

The form that racism takes in the film is sometimes, dare I say, too obvious to fully depict the workings of white supremacy on campus.

Part of the horror that pervades the academy is that Black excellence is often exploited to further entrench white supremacy. Tenure committees dismiss Black faculty as unserious if they do the time-intensive, emotional labor of tending to the needs of Black students, or if they use their expertise to advocate for social-justice causes. So many Black professors, like Gail, build impressive publication records. Their colleagues, in turn, use these outsized accomplishments to weed out other Black professors — but, curiously, they don’t use these expectations as a measuring stick for non-Black professors. Deans and department chairs point to individual Black achievement as evidence that their institutions aren’t racist, celebrating Black professors’ successes as their own without recognizing that these accomplishments are achieved despite the cumulative effect of everyday racism. Gail knows that her successes lend prestige to Ancaster, and yet she continues to strive for excellence. She has to prove to herself that she can make it.

Meanwhile Jasmine, the first-year student, struggles to adjust to Ancaster. She is haunted by the death of the college’s first Black student, 50 years earlier. At night, she dreams that she is being chased by a witch whose attacks leave her breathless and marked with scratches. As she digs into the archives, she finds that the witch hounded the earlier student, too.

The nightmares hint that Jasmine experiences racism as “death by a thousand cuts.” But the metaphor doesn’t quite work: Jasmine’s experiences slice far deeper than nicks. The white students she hangs out with expect her to clean up the wine they spill; a note about her “disgusting” hair is left by the sink; on a crowded dance floor, students revel in yelling N-word-laced lyrics. The 10-foot cross burning outside her dorm, the noose left on her door with the word “LEAVE” carved into the wood — these are hardly nicks. Jasmine wants to leave Ancaster, but Gail persuades her to stay, cautioning that she can’t escape white supremacy: “It’ll follow you.”

Jasmine’s story ends in tragedy. Liv gets tenure. And then Gail learns that Liv is white, a turn reminiscent of Jessica Krug’s deceptions at George Washington University. Gail, seething with disgust, explodes at Liv, and horror, history, and appropriation collide. With her colleagues stunned to attention by her brutal honesty, Gail unleashes a monologue that I’m sure quite a few Black professors have fantasized about delivering: “I was never a master. I’m the maid. You brought me here to clean up. I didn’t change anything.” Ancaster is beyond saving, it seems. And so, taking some advice from another recent horror film, Gail decides to get out.

aster has some satirical gems. After Gail’s monologue, the character who plays the role of the “woke” white faculty member says, “the problem is the administration hasn’t been prioritizing self-care.” This pablum is all too familiar. Who hasn’t had to freeze their eyeballs in place to stop an eye roll directed at similar nonsense? It’s the pop culture version of self-care, drained of its political radicalism and reduced to a trifling excuse for consumption — a far cry from what Audre Lorde meant when she wrote, in 1988, “Caring for myself is not self-indulgence, it is self-preservation, and that is an act of political warfare.” The film’s white faculty members reduce the toll that ongoing racial violence takes on Gail to the end-of-semester exhaustion they all feel.

Here and throughout the film, Diallo’s subtle touch turns the familiar into satire. The promotional video for the Ancaster Alliance for an Inclusive Future is nearly indistinguishable from the myriad diversity videos that grace admissions pages and inclusion initiatives throughout the academy. Diallo doesn’t have to resort to hyperbole: She cuts to the video immediately after a scene in which Gail and Jasmine witness a cross ablaze in front of their building. The juxtaposition of anti-Black terrorist violence and the college’s self-congratulatory account of “innovative” strategies that will “blaze a path to radical inclusion” speaks for itself.

The film is most effective in these moments of subtlety, some of which could have stepped off a page from Claudia Rankine’s Citizen. After that tenure-committee meeting, we see in Gail’s expression the tiniest grimace peek through the agreeable mask she is wearing to face a white colleague. It’s a small thing, but if you know that expression, you know the frustration and disgust she conceals, too.

Still, the film could have landed a more elegant and devastating critique. In a moment of exasperation, Gail says, “It [white supremacy] might not be white hoods and minstrels, but it’s there. It’s like a ghost. You just, you can’t catch it! You can’t prove it!” It’s a compelling idea, undercut by the fact that so many of the acts of racism at Ancaster are not ethereal at all. The noose, the cross burning, and Jasmine’s unending nightmare are functionally “white hoods” — overt instruments of racial terror. But as disturbingly frequent as overt racism is, it’s hardly the whole story. There’s plenty of fodder for a horror film in the everyday encounters that grind down the armor Black people often wear on campus. Perhaps Diallo’s point is that predominantly white institutions quickly brush aside even the most obvious forms of racist terrorism. But the form that racism takes in the film is sometimes, dare I say, too obvious to fully depict the workings of white supremacy on these campuses.

Here, a comparison is illustrative. Like Diallo’s film, Jordan Peele’s Get Out (2017) takes aim at white supremacy through horror and satire. It, too, focuses on a young Black person navigating an elite white space — in this case, the upstate home of the parents of the protagonist’s girlfriend. The hints of what is going on in the house in the woods build slowly — you know something is wrong with that white family — but all the pieces fit by the final frame (spoilers ahead). The family, it transpires, take over Black people’s bodies and implant their own consciousnesses within those bodies — a brilliant literalization of what white supremacy attempts to do figuratively. Peele makes plain what is often obscured: White people desire Black bodies, and Black culture, without Black consciousness. This is a terrifying premise, no ghosts required.

Diallo’s central metaphors are not quite so deftly deployed. The randomly chiming bells in the master’s attic suggest that Gail is Ancaster’s maid, but that framing doesn’t fully capture what Ancaster is attempting to do to and through Gail. Her colleagues don’t actually want her to clean up their racist messes — at the very least, they don’t want a deep cleaning. They prefer to maintain the status quo under the veneer of a shiny “inclusive future,” and Gail’s presence as master provides cover for them to continue shoring up white supremacy.

In the end, Gail refuses such a role and leaves the college. But what of those who remain: Ancaster’s custodial staff, grounds crew, and cafeteria workers, nearly all of whom are Black? Throughout the film, these Black staff remain largely in the background, naturalized into the landscape of the college. Like the ghostly Black maid who haunts the master’s house, they serve and tidy up after the mostly white students and faculty.

In the film’s final shot, Gail walks away from Ancaster to Nina Simone singing “I Shall Be Released.” Behind her, four Black men in the grounds crew continue their work. The closing frames, then, suggest that Gail is not like those Black people — the ones collecting garbage, raking leaves, and salting the sidewalks. Diallo unintentionally exposes class divisions among Black people on college campuses, defining Gail’s dignity and autonomy against the seeming subservience of the grounds crew. Though framed as a liberatory triumph, Gail’s departure also entails turning away from these fellow workers, in whose shared Blackness she might have found solidarity at a racist institution. Instead, she walks away.