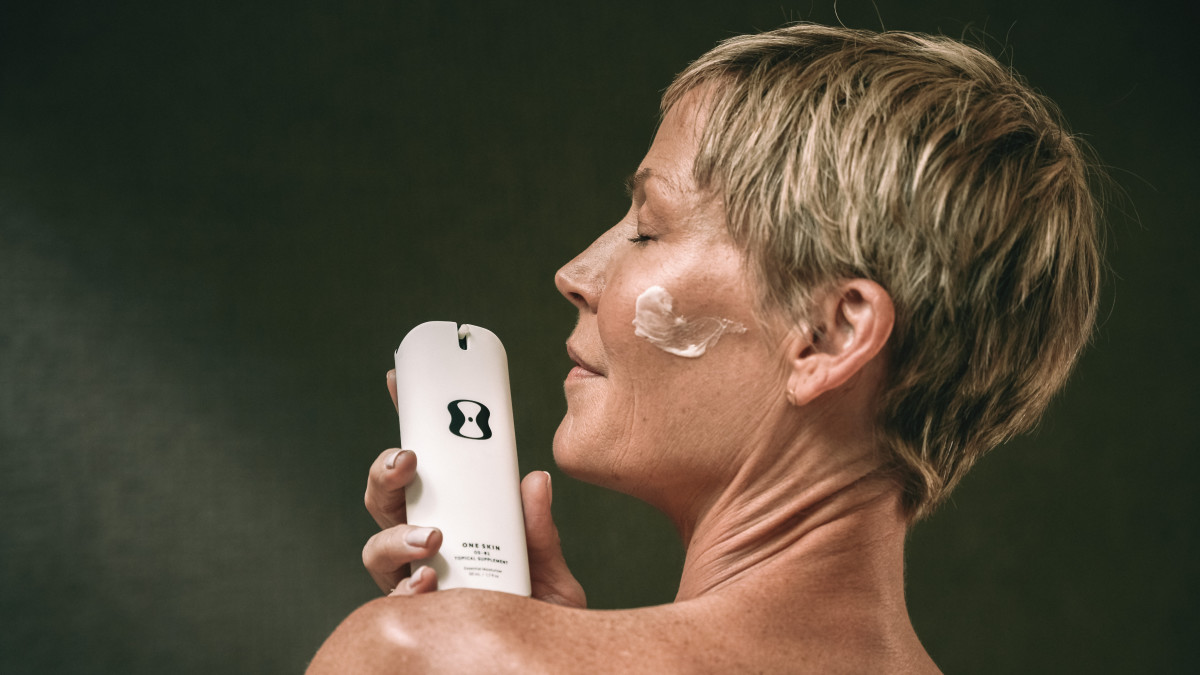 Once, not too long ago, the term “anti-aging” was as ubiquitous within the beauty industry as “hydrating” or “brightening.” These are words that promise a bouncier, more radiant complexion, but they also propose a solution. To hydrate is to eliminate dryness; to brighten, to eradicate dullness. But to oppose aging, well, that’s just fighting biology.

Aging is a privilege. It beats the alternative, after all. And yet, the societal obsession with youth, particularly for women, remains intrinsic to our very definition of beauty itself.

So in 2017, Allure did something big: It banned “anti-aging” from its content, for good. “Repeat after me,” Michelle Lee, then editor-in-chief, wrote in her September 2017 editor’s letter. “Growing older is a wonderful thing because it means that we get a chance, every day, to live a full, happy life.” Give us wily octogenarians with crinkly smiles and silvery braids over bouncy pre-teens whose prefrontal cortexes are still buffering. Fountain of Youth, consider yourself drained.

What if, at the molecular level, certain effects of that full, happy aging process aren’t all that great for your skin? What if there was something you could do to change that — and what if that “something” actively reduced your skin’s cellular damage and could,  theoretically, be used to help prevent other forms of aging in the body as well?

Such is the rather lofty claim of OneSkin, which purports to be the first so-called “topical supplement” designed to extend skin health by targeting aging from within. The Silicon Valley-based brand doesn’t refer to itself as a conventional skin-care label, but rather a “longevity company” for which skin care is a mere vessel for the operation’s significant scientific development. Founded by a team of four female PhDs, OneSkin creates “technologies” — not merely products — they say can transform the way humans experience aging.

These are big promises, and not just for a business that, at the end of the day, sells moisturizer. But it’s what the OneSkin team set out to do, years before they settled on skin care.

“To be honest, when we started, we didn’t know we were going to develop a product,” says co-founder and CEO Carolina Reis Oliveira, who earned her PhD in Immunology from Brazil’s Federal University of Minas Gerais, in collaboration with Rutgers University. “It eventually made sense that way, but it was more a consequence of this initial goal of finding something meaningful in terms of reversing the age of the skin.”

Oliveira was always fascinated by how drastically scientific research can improve living beings’ quality of life. It’s why, while still in Brazil, she founded a separate biotechnology startup called CELLSEQ, that grew human tissue using stem cells, effectively eliminating the need for animal testing across pharmaceutical, cosmetic and food industries. In 2016, a year after the conclusion of her PhD program, Oliveira took her talents to IndieBio, the world’s leading biotechnology accelerator, where she fell into this “longevity” space. She couldn’t believe how ephemeral the existing sector was: temporary claims that rarely, if ever, addressed the biological origins of skin aging.

“Aging is the main root cause of most of the diseases we experience as we grow older,” says Oliveira. “So as a scientist, I had this mission to treat diseases in order to improve people’s lives.”

The skin is, famously, the body’s largest organ. It makes up roughly 15% of your total body weight. The average adult has nearly 21 square feet of skin that contains more than 11 miles of blood vessels. And it has lots and lots and lots of cells, hoards of which become inflammatory over time as we grow older.

As Oliveira explains, this is characteristic of a pattern called senescence, a natural cell-cycle mechanism that protects against cancers. Cells multiply, mutating more and more with each iteration; senescent cells help remove the mutated cells to make room for healthier replacements. But the older we get, the harder this routine maintenance becomes. Senescent cells can become so damaged, they don’t die off when they should, accumulating to the point of tissue deterioration and even cancer, the very disease against which the cells set out to protect.

Enter OneSkin, which, after five years in development, alleges to have discovered the antidote to this process — the accumulation of senescent cells — with its own proprietary peptide, OS-01, a building block for certain proteins needed by the skin. Peptides in skin care products are common; at press time, a search of the word “peptide” on Sephora.com garnered 446 results. And for good reason: They’re not just incredibly versatile, able to mimic collagen, but they’re also wildly effective, touting a small enough particle size to actually be absorbed into skin.

How does OneSkin’s peptide, OS-01, differ from what’s already on the market? In 12-week clinical study on a test group 22 females aged between 47 and 65 (and completed through a third-party Contract Research Organization), research found that OS-01 improved visual and functional health markers in skin. Take elasticity and hydration: The blinded experts detected an improvement in skin firmness in 95.5% of women treated with the OS-01 peptide. Over the 12-week testing period, women treated with the OS-01 peptide presented a 15% lower transepidermal water loss (TEWL) measurement compared to baseline. So while OneSkin is not literally turning back the clock on your skin, the research shows it is making it healthier.

In 2020, OneSkin launched with its hero product, the OS-01 Face Topical Supplement. It’s vegan and cruelty- and fragrance-free, and comes in a futuristic package more evocative of a Pierre Cardin cocktail-napkin sketch than a functional cosmetic. It retails for $120 (compare that to Augustinus Bader’s $280 The Cream), where its companion product, the OS-01 Body Topical Supplement, retails for $99.

Then there’s OneSkin’s average age demographic: Generation X central, with the primary consumer falling around 50, though Oliveira notes the brand’s customer base spans from ages 30 to 80 — and beyond. Men account for 30% of the brand’s shoppers.

“That’s one of the reasons we call it the ‘topical supplement,'” she adds. “Men are very into supplements.”

That OneSkin deems its products “supplements” isn’t technically incorrect; by definition, supplements are considered something that, when added to something else, completes or enhances it. By that explanation, then, wouldn’t all skin care — the biotechnical varieties, at least — fall into that bucket? At the very least, this nomenclature is a shrewd marketing ploy when the products to date are, in the simplest terms, moisturizers.

Eventually, the plan is to expand OneSkin’s technology beyond skin health and into arenas that haven’t necessarily been ignored, but haven’t been neatly deposited on a pedestal, either. Oliveira mentions scalp health, and right now, she’s particularly interested in fertility. By preventing senescence, can this peptide technology extend how healthy or functional our eggs are? Can it possibly even delay menopause? These are questions OneSkin hopes to answer further down the line, but Oliveira is in no rush.

There’s something fitting about relishing the growth of one’s company with as much tenderness as you may treat yourself each year on your birthday — another year older, but also wiser, happier, more alive.

“Who are those people crushing it in their 50s, their 60s, their 70s? How can we get everyone to live like them? How we can harness our own biology to be able to make it function well for longer? Then we’ll be whatever age and still look great and feel great, performing well in all senses,” says Oliveira.