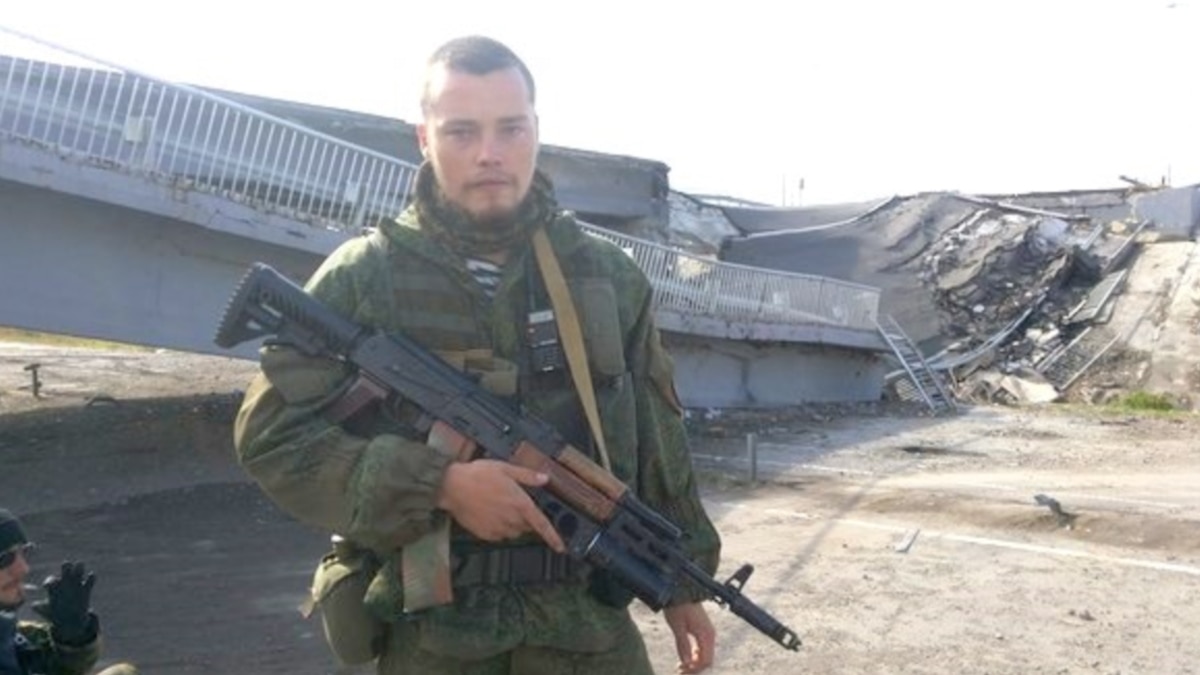 “I’m a Nazi. I’m a Nazi,” said one of the men, Aleksei Milchakov, who was the main focus of the video published on a Russian nationalist YouTube channel. “I’m not going to go deep and say, I’m a nationalist, a patriot, an imperialist, and so forth. I’ll say it outright: I’m a Nazi.”

“You have to understand that when you kill a person, you feel the excitement of the hunt. If you’ve never been hunting, you should try it. It’s interesting,” he said.

Aside from being a notorious, avowed Nazi known for killing a puppy and posting bragging photographs about it on social media, Milchakov is the head of a Russian paramilitary group known as Rusich, which openly embraces Nazi symbolism and radical racist ideologies. The group, and Milchakov himself, have been credibly linked to atrocities in Ukraine and in Syria.

Along with members of the Russian Imperial Movement, a white supremacist group that was designated a “global terrorist” organization by the United States two years ago, Rusich is one of several right-wing groups that are actively fighting in Ukraine, in conjunction with Russia’s regular armed forces or allied separatist units.

According to a confidential report by Germany’s Federal Intelligence Service, which was obtained by Der Spiegel and excerpted on May 22, numerous Russian right-wing extremists and neo-Nazis are fighting in Ukraine.

German analysts wrote that the fact that Russian military and political leaders have welcomed neo-Nazi groups undermines the claim by Putin and his government that one of the principal motives behind the invasion is the desire to “de-Nazify” Ukraine, Spiegel said.

This fact, Spiegel quoted the report as saying, renders “the alleged reason for the war, the so-called de-Nazification of Ukraine, absurd.”

From Syria to Ukraine

Even before the February 24 invasion, the war in Ukraine had drawn a substantial but unknown number of soldiers and fighters with right-wing sympathies. Most of the attention has long focused on right-wing militias and paramilitaries that have fought alongside or as part of Ukraine’s armed forces — a phenomenon dating back to the start of the conflict in the Donbas in 2014.

Ukraine’s famed Azov Regiment was formed out of a right-wing militia called the Azov Battalion that gained renown in the early days of the war. The group’s leaders and founders openly espoused xenophobic and anti-immigrant rhetoric. Its logos bore a close resemblance to some used by Nazi units during World War II.

Later incorporated into Ukraine’s National Guard, Azov has toned down in extremist rhetoric, but retained a reputation as a formidable fighting unit.

For years, Russian officials have seized on Azov as well as 20th century nationalist figures like Stepan Bandera and others for propaganda purposes, often distorting or exaggerating their views and actions in support of the false assertion that Ukraine is controlled or dominated by neo-Nazis.

In announcing the invasion on February 24, Putin attempted to justify it by saying the goals were “demilitarization and de-Nazification.” Kyiv and Western governments say that argument is disingenuous and say, even if it was true, it wouldn’t justify launching an unprovoked invasion against a country with a democratically elected government.

Less attention, however, has been paid over the years to right-wing Russian militias fighting on behalf of Russia, not just in Ukraine but also in Syria.

Milchakov, a former paratrooper, has been identified by experts as the co-leader of Rusich, along with another Russian named Yan Petrovsky. Some experts say the group is explicitly affiliated with Vagner.

The Rusich group was formally founded as the Sabotage and Assault Reconnaissance Group Rusich in St. Petersburg in 2014.

Both Milchakov and Petrovsky fought against Ukraine as volunteers in the Donbas in 2014 and 2015 and have openly displayed patches awarded to them as part of the “Union of Donbas Volunteers.” At the time, however, Russia repeatedly denied its forces were fighting in the Donbas, asserting, while often straining credulity, that the local forces battling Ukrainian troops were merely local partisans.

Milchakov also gained notoriety that same year when bloggers and reporters discovered a series of photos and videos from two years earlier in which he was shown killing a puppy, cutting off its head and allegedly eating it.

The tabloid Russian newspaper Moskovsky Komsomolets titled an article about the gory incident “A Fascist Butcher From St. Petersburg Has Gone To Fight For The Insurgents.”

In early 2015, Milchakov and Petrovsky were sanctioned by Canada, Britain, and the European Union. Milchakov “has actively supported actions and policies which undermine the territorial integrity, sovereignty and independence of Ukraine and to further destabilize Ukraine,” Britain said in its sanctions announcement.

In October 2016, Petrovsky was arrested in Norway, where he had been living and working alongside a Norwegian man tied to the right-wing group Soldiers of Odin. He was deported that same month.

Photographs and videos posted to social media in 2020-2021 indicated that Rusich fighters were in Syria, where Russia has conducted a military operation to back the Syrian regime and eliminate opposition fighters there. The St. Petersburg media outlet Fontanka in late 2017 also found photographs of Milchakov swimming in a pool near Palmyra.

The German intelligence report said Rusich fighters have been in Ukraine since early April.

There’s no confirmation that Milchakov or Petrovsky are or have been in Ukraine at any time since the February 24 invasion. However, on May 27, a Telegram channel that appeared to be affiliated with Rusich published an undated photograph that purported to show both Milchakov and Petrovsky in Ukraine, standing in front of a semi-destroyed armored vehicle.

Milchakov…is back in action,” the post said. “Now he is somewhere in the vastness of Ukraine actively engaged in de-Nazification and demilitarization.”

The day that Russia launched its invasion, the head of the Russian Imperial Movement, Denis Gariyev, posted a message on his Telegram channel saying: “Without a doubt, we are in favor of the liquidation of the separatist entity Ukraine.”

RFE/RL’s Live Briefing gives you all of the major developments on Russia’s invasion, how Kyiv is fighting back, the plight of civilians, and Western reaction. For all of RFE/RL’s coverage of the war, click here.

Founded in 2002 in St. Petersburg by Stanislav Vorobyov, the Russian Imperial Movement subscribes to a monarchist ideology, partly derived from a belief that Russia should be led by a descendent of the Romanov dynasty, the family of the last Russian tsar.

In April 2020, the U.S. State Department imposed sanctions on the group, as well as Vorobyov, Gariyev and another man.

The group “has provided paramilitary-style training to white supremacists and neo-Nazis in Europe and actively works to rally these types of groups into a common front against their perceived enemies,” the department said in a statement. The movement “has two training facilities in St. Petersburg, which are likely being used for woodland and urban assault, tactical weapons, and hand-to-hand combat training.

A few weeks after Gariyev’s Telegram post, the organization’s combat training center in near St. Petersburg, called Partizan, announced the recruitment of volunteers to fight in Ukraine.

Gariyev has also created a related organization called Reserve Squad, which, according to the German intelligence report, has received multimillion-dollar orders from the Interior Ministry, the Federal Security Service, and the Federal Protective Service, which is the government agency charged with providing bodyguard protection to top Kremlin officials.

Like with Rusich, fighters with the Russian Imperial Legion joined the hostilities in eastern Ukraine in 2014-2015, and according to information provided by the militants, at least six members of the group were killed then.

According to German intelligence, Gariyev was wounded in fighting in mid-April, and his deputy, Denis Nekrasov, was killed, possibly near the Kharkiv Oblast city of Izyum.

Aleksandr Verkhovsky, a longtime expert on extremist groups in Russia and head of the research center SOVA, said that there were likely far fewer Russian extremist fighters in Ukraine now than there were in the early years of the Donbas war.

“Nationalists played a key role in the first phase of the war,” he told Current Time. “They were a significant part, not a majority, but significant. Now we don’t see here a large number of volunteers from Russia…. Maybe a maximum of a few dozen.”