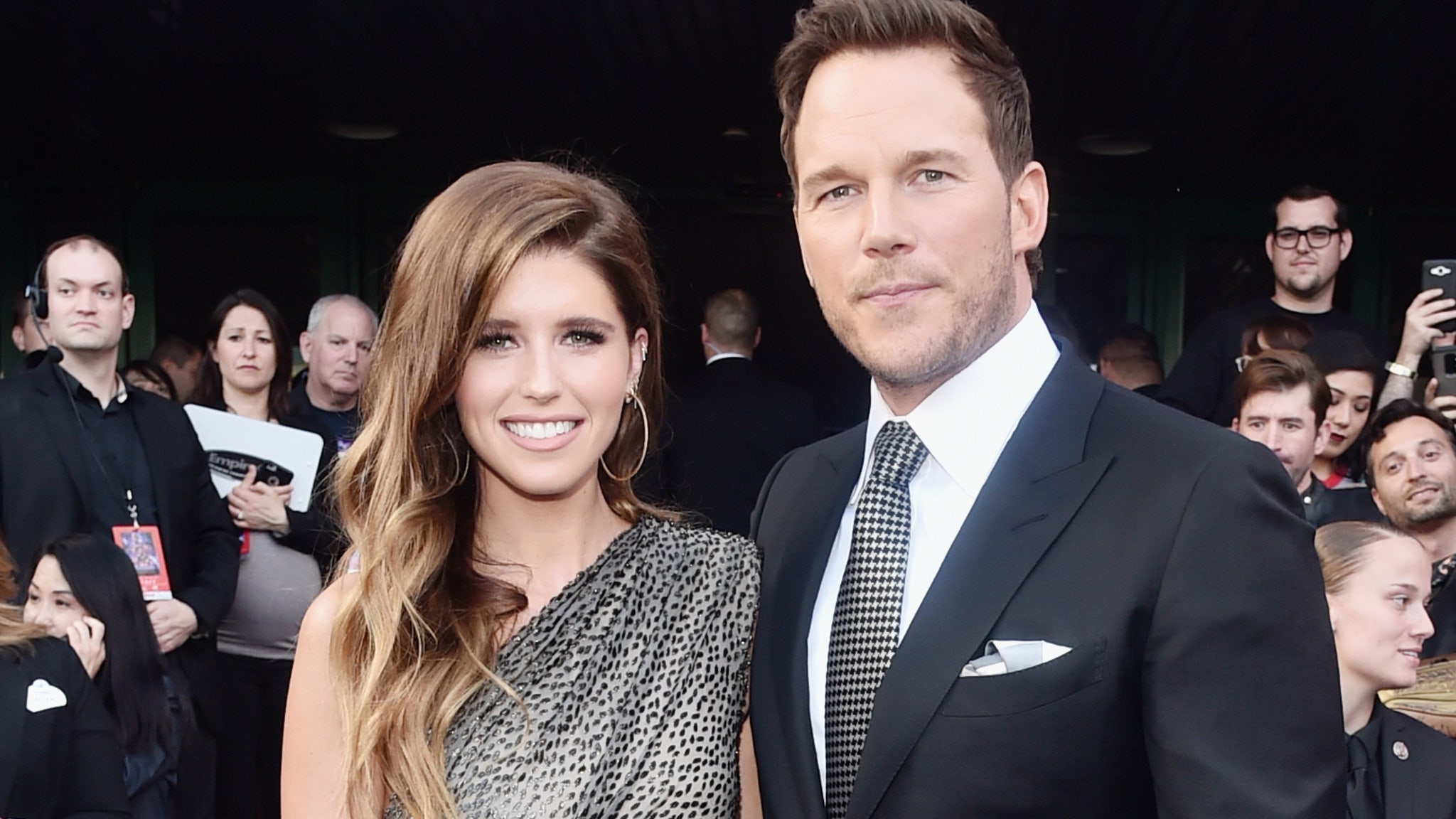 Chris Pratt is in hot water with some fans once again — this time it’s over a social media post he dedicated to his wife Katherine Schwarzenegger.

Earlier this week, the actor shared a tribute to his wife, posting a sweet photo of himself smiling with his arm around Schwarzenegger, who was looking up at Pratt adoringly. In the post, Pratt, 42, praised Schwarzenegger, 31, with whom he shares 14-month-old daughter Lyla.

“Guys. For real. Look how she’s looking at me! I mean. Find you somebody that looks at you like that!! You know!?” the “Guardians of the Galaxy” star wrote in the post’s caption. “We met in church. She’s given me an amazing life, a gorgeous healthy daughter, she chews so loudly that sometimes i put in my ear buds to drown it out, but that’s love! She helps me with everything.”

“In return, periodically, I open a jar of pickles. That’s the trade,” he joked. “Her heart is pure and it belongs to me. My greatest treasure right next to my Ken Griffey Jr Upper Deck Rookie card. Which if you know, you know is saying a lot. It’s her birthday in about 6 weeks. So if I don’t get her anything, I’ll tell her to look back on this post. Love you honey. ❤️❤️”

Several celebrities — including some of Pratt’s family members — took to the comment section to react to the tribute.

“I can’t agree more! ❤️❤️” wrote Schwarzenegger’s mother Maria Shriver. In another comment, she added, “this is so sweet now show us how you look at her!!”

TV personalities and journalists Billy Bush, Jason Kennedy and Josh Horowitz also chimed in. “That is the best,” wrote Bush. Kennedy shared two heart-eyed emojis, while Horowitz commented, “This is very sweet but it’s verbatim what you wrote to me last year on my birthday so….”

While those celebs may have loved the post, Pratt was still hit with major backlash in the comments section — as well as on Twitter — over one specific part of his caption: when he thanked Schwarzenegger for bringing him “a gorgeous, healthy daughter.”

Many on social media interpreted the comment as a “jab” at his ex-wife Anna Faris and their son, 9-year-old Jack, who faced health problems as a baby after he was born nine weeks premature, leaving him with some physical limitations, including visual impairments. While some thought it was a deliberate dig, others figured it was unintentional — but either way, people weren’t happy.

People ripped Pratt on Twitter, calling his words “repulsive,” “absolutely disgusting,” and “such a f–king low blow.” In addition, the criticism also sparked widespread support for Faris, who became a top trend on Thursday.

“All of this is cringe but it’s especially gross considering his kid with Anna was born with health issues,” read one tweet that racked up more than 4k retweets and nearly 18k likes.

“I have two children. One is special needs. If someone described only one of my children as healthy and gorgeous, I’d probably lose my s—,” one user tweeted. “Anna Faris and her beautiful son deserve better than these cheap shots.”

A person wrote, “chris pratt shading his own f—ing son with thanking his new wife giving him ‘a gorgeous healthy daughter’ when his son has health issues is such a f—ng low blow. i wish i had a father of the year award to hit him with. anna faris and jack doesn’t deserve this s—.”

Anna Faris Reveals Why She and Michael Barrett Eloped

While Pratt has yet to address the criticism directly, he did share on a video posted to his Instagram Stories on Friday morning that he had gone to bed the night before “really kind of upset and depressed” and “woke up feeling crappy.”

The “Parks and Recreation” alum said he felt better after working out to his “Christian music playlist” and encouraged others to do the same. “If you feel down today, maybe get [an] exercise [in] and maybe listen to some good worship music or get the word in because it really helped me this morning,” he said.

TooFab has reached out to Pratt’s reps for comment.

Pratt and Schwarzenegger tied the knot in July 2019 and welcomed their first child together in August 2020. Pratt was previously married to Faris. The former couple announced their separation back in July 2017, following eight years of marriage. Their divorce was finalized in 2018. Meanwhile, over the summer, Faris revealed that she had eloped with cinematographer Michael Barrett.