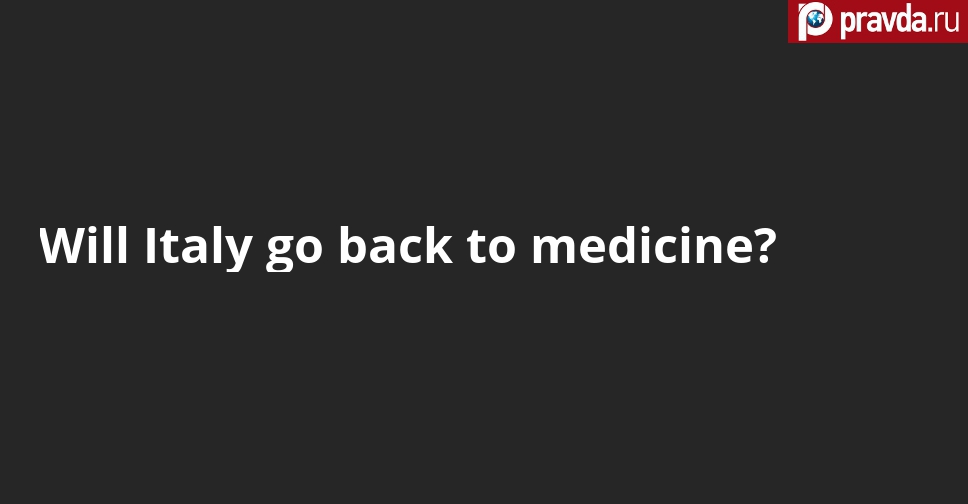 These nearly two Covidian years have seen the emergence of a biopower also based on “certified experts” who have dominated the media scene with an uncommon skill. They are often medical doctors and medical professionals, therefore people who should be more familiar with hospital wards, sick needs for care and laboratories, so their sudden skill in managing the media gives rise to the suspicion that there is a team of spin doctors that follows them. It’s really like this? We will never know, most likely, but we shouldn’t be surprised to have guessed the truth.

The existence of such a compact and fierce front has not prevented the birth of opposite experiences and the spread of ideas that do not conform to the current narrative. Not only have we seen and heard doctors and scientists contesting what “certified experts” were constantly saying, but the avalanche of mud that tried to engulf people like Luc Montagnier and Robert Malone was unsuccessful.

Some Italian doctors have decidedly refused to follow the instructions of the Italian Ministry of Health, thus rejecting the infamous “paracetamol and watchful waiting” and they have instead visited patients (even house by house) by administering prohibited drugs. Many lives have been saved and although openly attacked, these doctors have never been reported and taken to court. A curious thing if you think about it for a moment.

IppocrateOrg Association, founded by the Italian Mauro Rango, is part of this type of experience, opposed to the current narrative but which nevertheless saved thousands of human lives, Italian and foreign and is also among those who interviewed Robert Malone, father of mRNA vaccine technology, on the risks of hasty use of similar vaccines.

Readers will therefore be able to read in Rango’s answers a different and more humane approach to the pandemic that still afflicts us. The video version, of which I report the links at the end, was made with the Head of Human Resources, Mrs. Laura Campanelli.

Can you explain to us how the IppocrateOrg Association was born and why you gave yourselves this name?

We were born as a spontaneous Movement, before being an Association. It all started on a day that now seems very far away and instead only a little more than a year has passed since, on May 4, 2020, desperate for what I saw happening in my country of origin, Italy, I entrusted a message to WhatsApp. A message in a bottle, with the hope that someone would pick it up. I live on a small island in the Republic of Mauritius where I have always dealt with the right to health, collaborating with the local government. Covid had just appeared in Italy, but [here in the island where I live] it was immediately eradicated using Hydroxychloroquine and Azithromycin.

I followed with amazement, anger and helplessness what was happening in Italy instead, tens of thousands of people died without treatment or with wrong therapies, people left alone in the disease, without medical assistance and without valid therapy.

I had tried in every way to contact the Ministry of Health in Italy, political forces, anyone who was able to change things by receiving the right information and knowing that the treatments were there. My attempts were in vain, no one ever replied. So, in a last desperate act, I wrote all this on a WhatsApp message and sent it to about forty people, my contacts, hoping that someone would read it. I didn’t even expect what happened next. The reply messages arrived, one after the other, and so did the emails and so did the phone calls. They arrived in a few hours! Thousands of people answered me, some curious, some hesitant, some happy to find an opening, a way out of a nightmare. This message that spoke of cures and life had gone viral in a country that spoke only of death.

I also did not expect that my message, born from an act of desperation, could get to involve so many people. From there, exchanges of messages, phone calls, everyone had the need to talk, to find common points of view. With some people the relationship has been tightening, common ideals, common needs have come into focus and the idea has emerged clearer and clearer not to leave all this limited to exchanges of words and opinions but to transform it into something structured, operational, concrete. Something that had its own identity and gathered within it, people, even completely different ones, but with the same purpose, to restore to the human being his centrality and his natural right to health, well-being and out of control logics dictated by strong economic powers and interests. Thus, the Movement was born, the dense communication network that unites us was born, thus the IppocrateOrg Association was born which, one year after its public appearance with the IppocrateOrgOrg. org site, became an International Association and gathers thousands of people within it. Worldwide.

The choice of the name was natural, taken for granted, it was in my thoughts and dreams as a boy: who more than IppocrateOrg can embody the concept of medical ethics, commitment to life, respect for man and natural laws. His “primum non nocere” (Latin for “first, don’t hurt”) is the maximum expression of this.

Is it a purely Italian experience or does it also exist in other parts of the world?

IppocrateOrg Association is an international movement, now present in various countries of the world and in almost all continents: Europe, Asia, South America and Central North, Africa. Even in the United Arab Emirates we have our own representation. The Covid Patient Assistance Service has its greatest expression in Italy, but it is active with local doctors also in other countries, especially in South America and India. Elsewhere it is our own Italian doctors who help Covid patients, sometimes finding collaboration in local doctors.

You have developed an anti-COVID protocol alternative to that of the Ministry of Health. Did I understand well?

A) I wouldn’t say that. I would rather say that the Ministry of Health has not developed any protocols. Regarding home therapies, World Health proposes a watchful waiting. Never in the history of medicine has there been a “watchful waiting” for the onset of a disease with the development of inflammatory and even lethal aspects. If the watchful waiting can make sense in young subjects who in any case do not die of Covid, it does not, however, make any sense in subjects at risk because they are burdened by other pathologies that we know are putting the patient’s life at risk. In this case it is necessary to intervene immediately: in the first phase of the disease (phase of viral replication) with Ivermectin and Azithromycin and in the second phase of the disease (advanced inflammatory phase) with corticosteroids and enoxaparin. Using the right drugs, at the right dosages and on schedule, we always get the result of defeating the pathology and a recovery of the patient in a short time.

Do you visit COVID patients house-to-house?

No. We do not visit home but in telemedicine.

How many are the healed among the sick who have entrusted themselves to you?

Is it normal that during a pandemic emergency there are “prohibited” drugs and discouraged autopsies?

It is not normal. It is pure madness.

What is your opinion on the “Green Pass”?

We believe that the Green Pass is absolutely useless for the purpose of containing the epidemic, especially when we refer it to vaccinated people, in fact this vaccine does not block infection and contagion and therefore the spread of the virus. Vaccinated people are carriers of the virus, they can get sick and make others sick, vaccinated or not. The green pass generates a false illusion of immunity.

One last question: why don’t most doctors act like you?

We should ask them. Certainly, following the indications of the Ministry of Health is more comfortable and protects from retaliation.