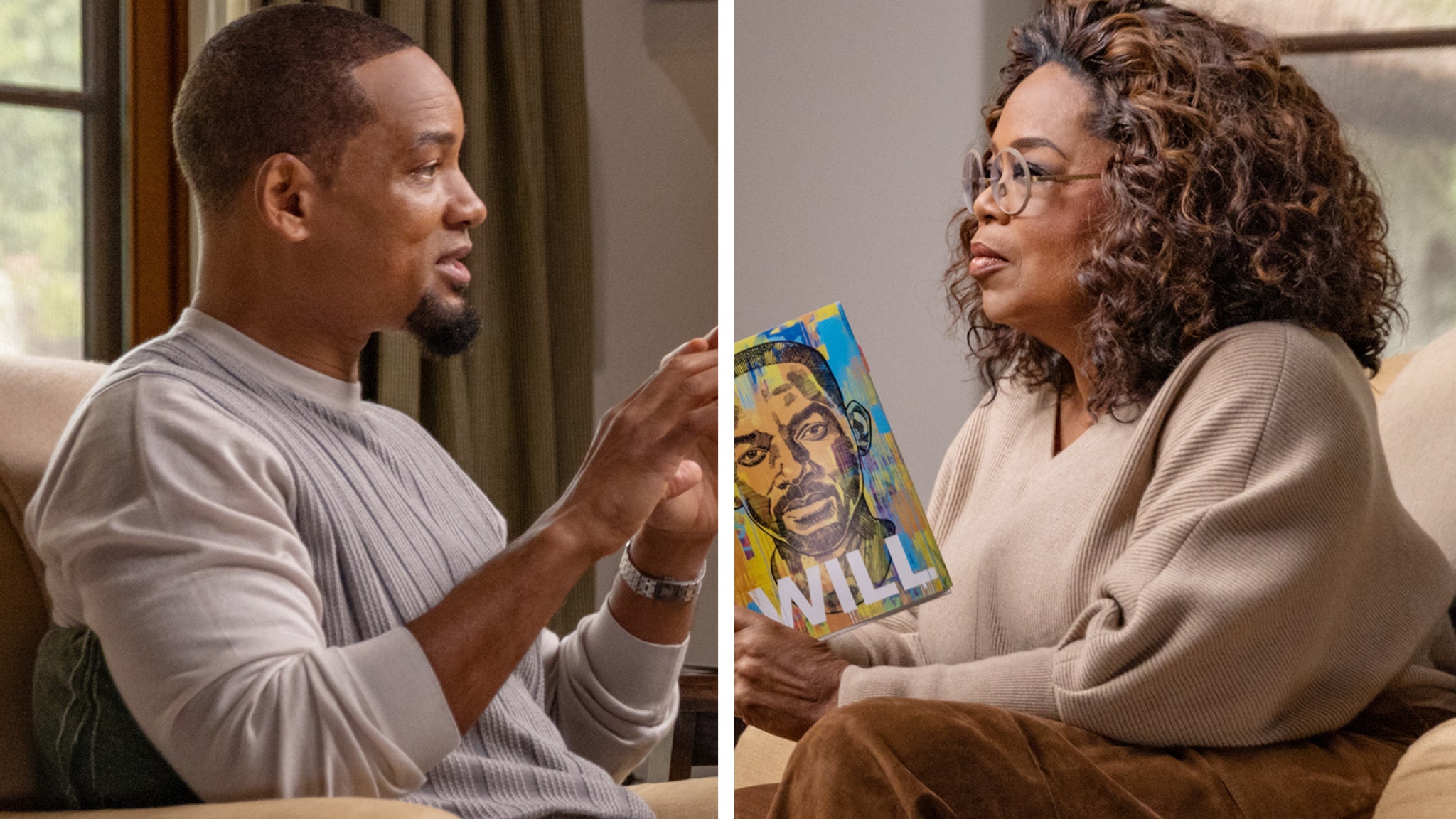 “Does that mean you all can have other partners, do whatever you want to do?” asked Oprah.

Oprah Winfrey had no problem going there with Will Smith when it comes to his unique marriage with Jada Pinkett Smith.

Will appeared on the latest episode of Winfrey’s “The Oprah Conversation,” sitting down with her for a 90-minute interview ahead of the release of his new book, “Will.” Toward the end of the chat, talk eventually turned to the couple’s untraditional relationship — starting with Will praising his other half.

“Those early days were spectacular. Me and Jada, to this day, if we start talking, it’s four hours. It’s four hours if we exchange a sentence. It’s the center of why we’ve been able to sustain and why we’re still together, not choking the life out of each other,” he began. “The ability to work through issues, I’ve never met another person that I connect with in conversation more blissfully and productively than Jada.”

Of course, they’ve had no shortage of issues — with Oprah bringing up how the two separated following the 40th birthday bash he threw for Jada. On an episode of “Red Table Talk,” Will said Jada called the party — which she didn’t even want — “the most ridiculous display of my ego,” causing them to reevaluate their relationship. Winfrey wanted to know how long the two were separated, wondering whether it was “months or years?”

“It’s really funny, we didn’t … we never actually like, officially, separated, right?” he replied. “What happened was we realized that it was a fantasy illusion that we could make each other happy. And we agreed that she had to make herself happy and I had to make myself happy and then we were going to present ourselves back into the relationship already happy, versus demanding the other person fill our empty cup.”

Janet Hubert Gives Update on Relationship with Will Smith After Reconciliation

Winfrey loved that idea, saying it should be a “prerequisite” to anyone getting married.  She then mentioned how, in the book, he said their time apart “helped us both discover the power of loving in freedom.”

He explained what “loving in freedom” meant, saying that for many, “there’s a certain fluidity” when it comes to love for everyone except your partner. “It’s friendship versus marital prison,” he added, saying most don’t grant as much flexibility or restrictions to romantic partners as they do everyone else.

“Does that mean you all can have other partners, do whatever you want to do, but you have to be respectful of each other?” Winfrey then asked, bringing up the million dollar question.

“So we talk about everything. I think the difficulty that people have and difficulty in discussing it is people only think in terms of sex,” he said, noting that Jada never wanted a “traditional” marriage.

“Even the idea where people are trying to put something on it — ‘Will and Jada — what they doing with other people?’ — Will and Jada ain’t really doing too much of nuthin,” Will continued said with a laugh. “Will and Jada are on a spiritual journey to cleanse the poisonous, unloving parts of our hearts. And we’re doing it together in this lifetime no matter what.”

“But the goal is not a sexual goal, everybody,” he added. “We are going to love each other no matter what.”

Oprah then brought up the “Red Table Talk” where Will and Jada brought their own issues to the table and hashed out their “entanglement.” She wanted to know whether it was “hard” for him to do.

“No. No,” he said, saying the only “difficult” thing about it was that they needed “a whole show to really dive into this idea.”

Smith went on to say that they’ve gotten to a point where they’ve both realized “no woman” or “no man” can make them happy. “We both know that, there is no person that will fill your hole,” he added, before laughing and realizing “that was probably not the best way to say that.”

You can watch the full conversation over at Apple TV. Smith’s memoir drops November 9th, one day after the first episode of his YouTube series, “Best Shape of My Life.”