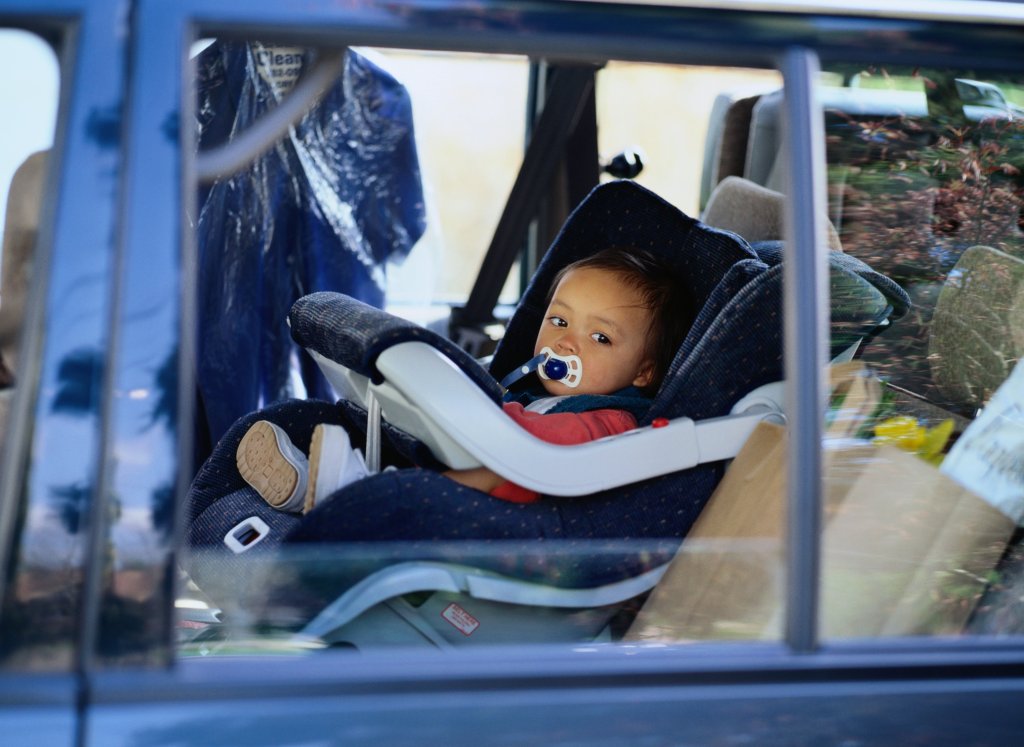 It’s a well-known strategy for modern, frazzled parents with a tired, wailing baby: Strap her into a car seat and take her for a drive, letting the soft rocking motion of the car and the purr of the engine lull her to sleep for the rest of the night.

But the Safe Sleep for Babies Act, a new federal law signed Monday by President Joe Biden, could spark parents’ questions about whether it’s considered dangerous to use this trick or to otherwise let their babies nap while driving them around to do errands or on road or plane trips. Parents also may wonder if they should stop their babies from nodding off while pushing them in strollers or holding them in baby slings.

That’s because the act addresses the risks of “positional asphyxiation,” which can happen when a baby falls asleep upright in a chin-to-chest position. The law, passed by the Senate on May 3, specifically bans sales of what are known as “inclined sleepers,” which position an infant on an incline of 10 degrees or greater.

Made of soft, plush material and sometimes rocking, vibrating or playing music, inclined sleepers also are known as baby nests, docks, loungers, rockers and loungers, according to the American Academy of Pediatrics. They have been popular items on baby registries for years because they offer the promise of helping a baby fall — and stay — asleep. Parents also may hope that the upright position prevents reflux or spitting up.

But data has shown that babies’ undeveloped neck muscles can cause their heads to tilt forward and compress the airways while they are sleeping upright. A 2019 Consumer Reports investigation found that the market for inclined sleepers was largely unregulated and that one particularly sought-after product, the Fisher-Price Rock ’n Play, was linked it to at least 32 infant deaths before it was recalled that year.

“There actually is very compelling bio-mechanical data that, if their heads flop over or flop forward, their airways actually can become obstructed,” Dr. Rachel Moon, chair of the AAP Task Force on Sudden Unexpected Death Syndrome (SIDS) said in an interview with this news organization.

With the new law, the AAP affirmed its longstanding policy that the safest sleep environment for babies in their first year is on their backs and on a “firm, flat bare” mattress or other surface, free of toys, pillows or loose bedding. The Safe Sleep for Babies Act also bans the sales of crib bumpers.

The AAP hailed the passage of the act, saying it “represents a monumental victory for children’s health” and is a “true game changer when it comes to protecting infants from products that have no place in a safe sleep environment.”

But if the safest sleep environment is a “flat” surface, should parents be worried about car seats and strollers?

According to Moon and other experts, it’s “fine” if babies fall asleep in car seats and strollers — but in a limited, supervised way and not as a substitution for a crib, bassinet, co-sleeper or play yard, which the AAP said are considered safe for sleep.

“We recognize that babies do fall asleep in car seats and strollers,” Moon said. “If a family is in transit, that’s fine. In fact, the safest place for a baby to be in a car is in a car seat. But once you’re home and in a safe place, we recommend you move the baby.”

That means parents shouldn’t bring their babies inside, still in the car seat, and let them finish their naps, especially if they put the babies in another room unsupervised, added Dr. Debra Babcock, a pediatrician with Stanford Children’s Health. Instead, parents should remove the babies from their car seats and transfer them to their crib as soon as possible.

Babcock agreed that car seats are necessary to keep babies safe — but only for being transported in the car. She said it’s common for parents to use car seats for sleep at home because they might not be aware of the risks. Even if parents place the car seat on the floor, it might sit at an incline that doesn’t replicate the angle it’s designed for in the car.

Even more problematic, parents might loosen the harness straps with the idea that the sleeping baby will be more comfortable, Babcock said. But once a baby starts to be able to turn over — at around 4 to 6 months — the baby could fall out of the car seat, get trapped in the restraints or suffocate when her face gets buried in the car seat cushion.

Babcock noted that parents have little choice but to keep their babies in their car seats while flying. The Federal Aviation Administration “strongly urges” parents to keep their children secured in “child safety restraint systems,” such as car seats, for the duration of flights, but only in seats that have been approved for use in both cars and on airplanes.

Some infant seats now have a “leveling indicator,” which helps parents to properly position them in airplane seats, Babcock said. She also said a sleeping baby would be seated right next to the parent, so the parent could continually monitor her.

Babcock added that some airlines provide bassinets for infants under 20 pounds, which attach to the bulkhead and allow the baby to lie flat. “But these are not considered any safer than having the baby on your lap in case of turbulence,” Babcock said. “And certainly, the floor of the passenger area is not safe for an infant.”

In general, parents shouldn’t allow their babies to sleep in any location or using any product that’s not specifically designed for safe sleep, especially if they are unsupervised or for any extended period of time, Babcock said. The AAP has also warned about the dangers of certain types of infant loungers and has said to never let babies sleep in swings, infant carriers or slings and to move them to “a firm sleep surface” as soon as possible.

Lack of supervision also was one of the many issues with the inclined sleepers, though not because of the fault of the parents, Babcock said. Mothers and fathers would put their babies to sleep in them for the night, thinking their infants were safe. They would go off in another room or fall asleep, exhausted themselves, then return and find that their baby “had gotten into trouble,” she said. The AAP said babies can also roll out and become trapped under them.

Both Babcock and Moon recognize that harried, sleep-deprived parents become desperate to use any strategy or cool new device on the market that promises to help them get their babies to sleep — especially at 3 in the morning.

“But you have to remember that you’re there to take care of an infant,” Babcock said. “It’s not about your comfort, it’s about your baby’s safety.”