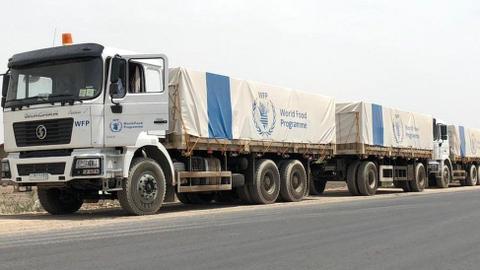 The UN announced that all of 70 aid drivers detained in the capital of Afar province have been freed as five other staff employees and one dependent have remained in custody.

All of the World Food Program drivers arrested last week in Ethiopia’s conflict-torn north have been released.

The 70 drivers were arrested in the capital of Afar province, on the only functional road leading into famine-threatened Tigray.

The arrests happened after Prime Minister Abiy Ahmed’s government declared a state of emergency in early November, when rebel fighters threatened to march on the national capital Addis Ababa.

Thirty-four drivers were released earlier this week, and UN spokesman Stephane Dujarric confirmed that the remaining drivers were set free on Thursday.

“All of the 70 were released,” he told reporters in New York.

Dujarric also announced that six UN staff members detained in a separate round-up were released on Thursday. Five other staff employees and one dependent remain in custody, he added.

Abiy Ahmed sent troops into Tigray last November to topple the TPLF, a move he claims was in response to rebel attacks on army camps.

Though the 2019 Nobel Peace laureate vowed a swift victory, by late June the TPLF had retaken most of the region including its capital Mekele.

Since then Tigray has been under what the UN describes as a de-facto humanitarian blockade.

Only 15 percent of necessary aid has been able to cross from Semera into Tigray since mid-July, with hundreds of thousands of people living in famine-like conditions, according to UN estimates.