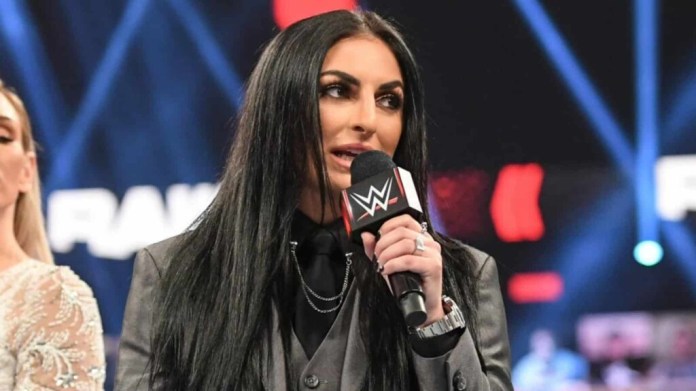 WWE News: WWE Fined Sonya Deville for her Uneven Actions on Raw: On the recent episode of Monday Night Raw, former WWE Official Sonya Deville slapped a referee after she lost a match against Alexa Bliss. Last week, she was relieved from her duties as a WWE Official after an investigation. Follow WWE News and Live Updates on InsideSport.IN

The latest episode of Monday Night Raw featured Sonya Deville in a rematch with Alexa Bliss, where she faced a defeat once again. Although she tried her best to beat the former Raw Women’s Champion, she failed to defeat her. In addition, she tried cheap tricks on Bliss to get a win.

In the end, Alexa Bliss delivered a DDT to win the match, leaving Deville frustrated who later attacked the referee, expressing her displeasure with the referee’s decision. Eventually, she slapped the referee after her loss.

On the recent episode of WWE’s The Bump, WWE Official Adam Pearce revealed WWE fined an undisclosed amount to Sonya Deville for slapping the referee. He said, “My former colleague Sonya Deville has been fined for her, shall we say, misbehaviour. Her actions and putting her hands on our referee. We were forced to fine her.”

THIS JUST IN: Per @ScrapDaddyAP on @WWETheBump, @SonyaDevilleWWE has been fined an undisclosed amount for putting her hands on a WWE referee during #WWERaw. pic.twitter.com/h175zclAqk

“I’m gonna keep the amount between Sonya and I, but let’s just suffice to say that this will be inhibited going forward, I think Sonya will have learned her lesson,” said Pearce.

Sonya Deville played an on-screen character as a WWE Official for a long time. During her tenure, WWE fans saw her misusing her authority to get her personal grudges fulfilled. Being a WWE Official, she used her power to overpower the other superstars.

She used her power to fulfill her personal grudges against Naomi, Ronda Rousey, and Raw Women’s Champion Bianca Belair. Also, she stipulated multiple matches during her title shot against Bianca Belair by constantly changing the match rules. Even though Adam Pearce warned her of her actions, she refused to change.

During the recent interaction on WWE’s The Bump, he mentioned constantly warning Sonya Deville for her actions.