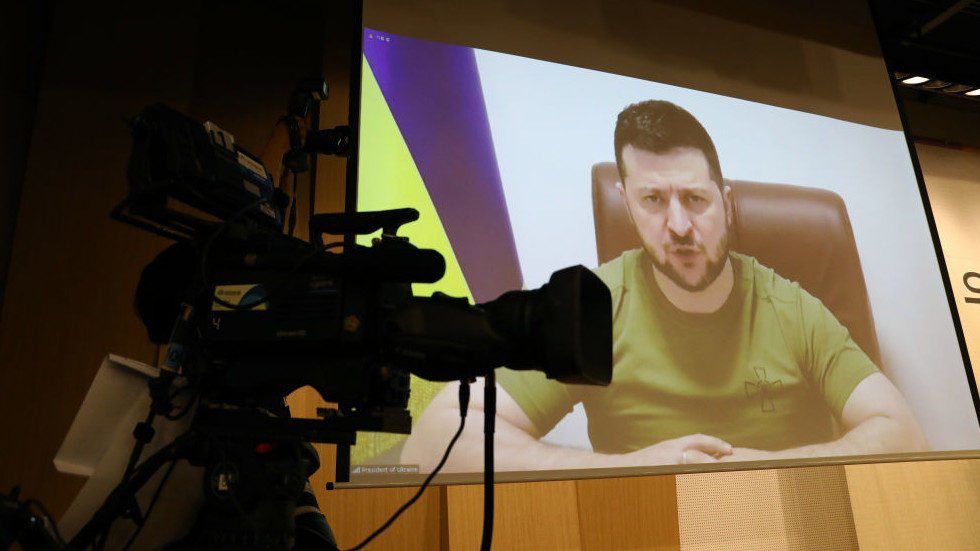 Ukraine claims the conflict with Russia has caused $550 billion in damages, demands $7 billion a month from the West

Ukrainian President Volodymyr Zelensky told the World Bank and the IMF on Thursday that his country has already suffered more than half a trillion dollars’ worth of damage and needs billions in aid every month just to stay afloat. Kiev authorities estimate the country’s GDP is down anywhere between 30-50%.

“According to very preliminary estimates, Ukraine has lost 550 billion dollars as a result of destruction,” Zelensky said in a teleconference roundtable with Western financial institutions. Ukraine needed at least $7 billion per month to rebuild its economy, he added.

This is the same figure Zelensky cited to EU Commission President Ursula von der Leyen last week, though at the time he claimed it was just to enable his government to pay out salaries and pensions.

“With your support, we will quickly rebuild our nation, which means new business opportunities from various countries,” he told the roundtable on Thursday.


Ukrainian Prime Minister Denis Shmygal, who is visiting Washington, chimed in to say that Ukraine’s GDP could see a 30-50% drop from the conflict. He also cited preliminary analyses of “direct and indirect losses” caused by the hostilities, but put them at $560 billion – and said that reconstruction would cost $600 billion or more.

Earlier in the day, US President Joe Biden pledged another $500 million in direct financial aid to Kiev – bringing the total up to $1 billion since February – in addition to $800 million more in weapons, ammunition, and equipment. US military aid to Ukraine has exceeded $3 billion since the start of the hostilities on February 24.

Russia attacked the neighboring state in February, following Ukraine’s failure to implement the terms of the Minsk agreements, first signed in 2014, and Moscow’s eventual recognition of the Donbass republics of Donetsk and Lugansk. The German and French brokered protocols were designed to give the breakaway regions special status within the Ukrainian state.