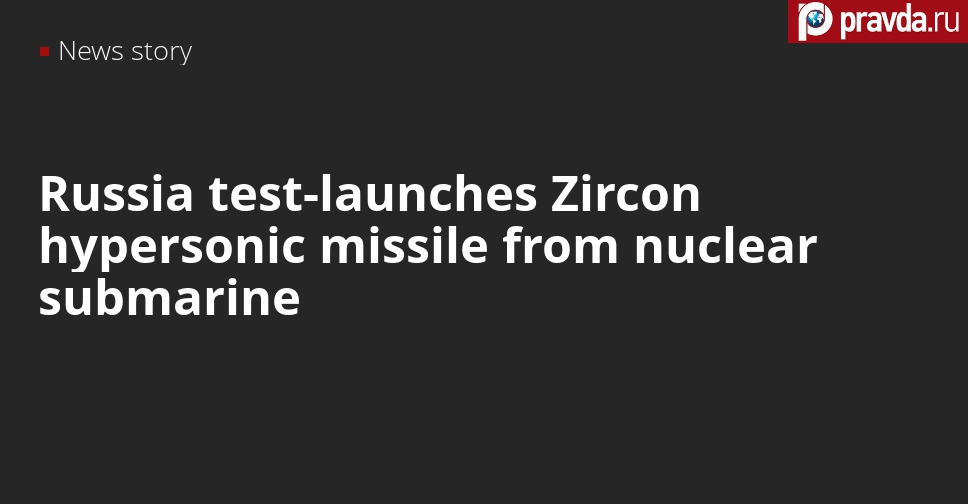 
According to the department, the test launch was carried out to strike a conditional sea target. The flight of the Zircon corresponded to the specified parameters, and the missile hit the conventional target. Air data recorders confirmed the successful destruction of the target.


In August, it was reported that during the Army-2021 forum, the Defence Ministry signed the first contract with the Scientific and Production Association of Mechanical Engineering for the supply of Zircon hypersonic missiles.

In February 2019, during his Address to the Federal Assembly, Russian President Vladimir Putin revealed that the Zircon hypersonic missile would have the speed of Mach 9 (more than three kilometers per second at the surface of the Earth), whereas its flight range would be more than 1,000 kilometers.

Later, Deputy Minister of Defense of the Russian Federation Alexei Krivoruchko said that the Zircon would be installed on multipurpose nuclear submarines of Yasen and Antey projects, frigates of the Admiral Gorshkov class, destroyers of 23560 Leader project. The missile will also be used for the upgraded version of Project 1144.2 Admiral Nakhimov cruiser.